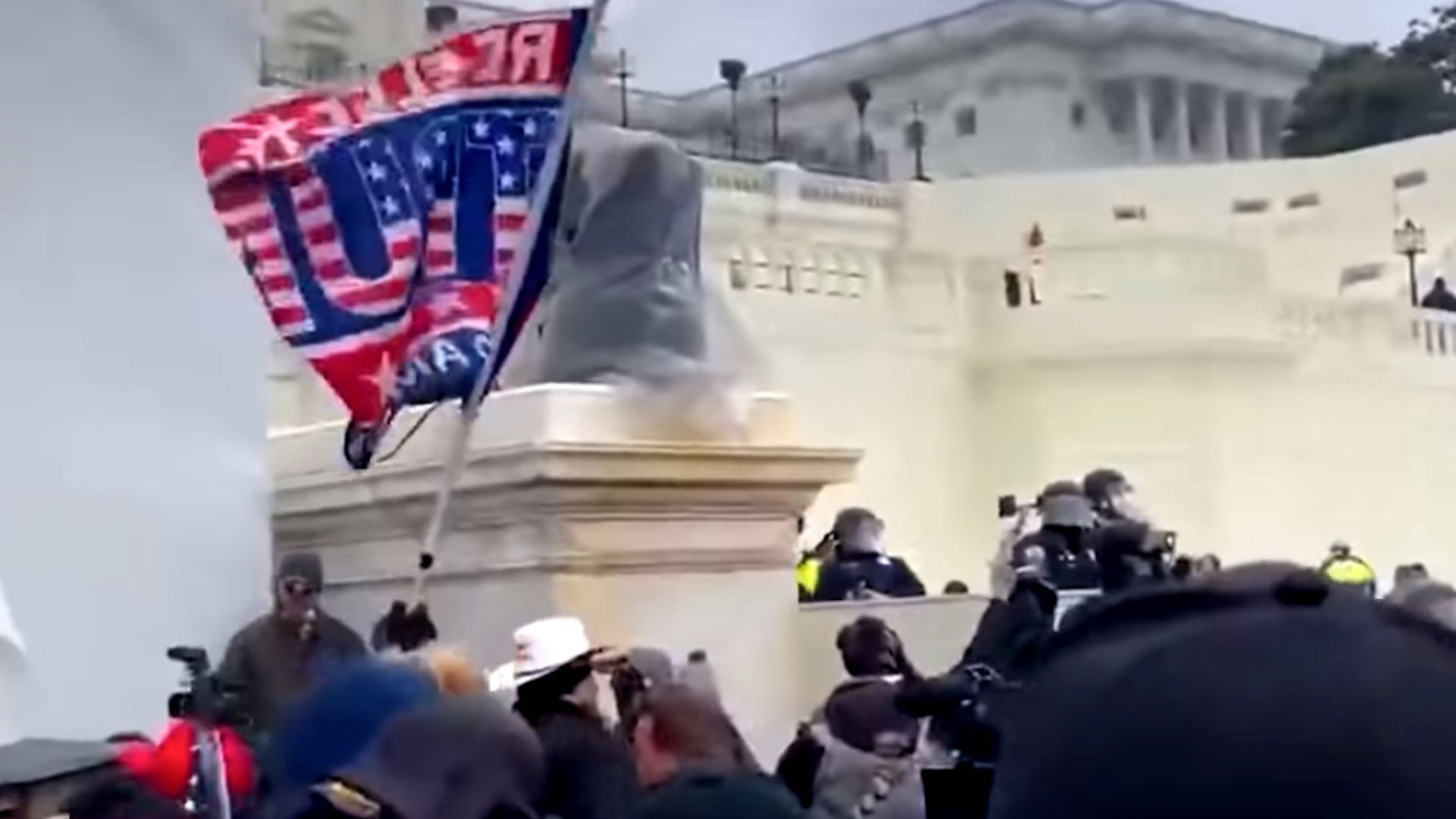 Several of the insurrectionists that stormed the nation’s Capitol building on Jan. 6, 2021, made rap songs and videos about their participation in the riot. One is sentenced to house arrest, but the other two are awaiting their fates.

The Feds have charged rapper Billy Knutson aka Playboy The Beast with a criminal complaint that included disorderly conduct in a Capitol building and entering and remaining in a restricted building or grounds after he dropped the song, “Patriots: Message To The World” about his participation that day on his YouTube channel.

The video, which shows scenes from the riot, has gained over 60,000 views. But that’s not how the FBI got wind of it. One of his family members snitched and ratted him out.

Playboy The Beast spits, “We been fighting for y’all, and this how you treat us? Calling us traitors and claim we not peaceful?” But his wonky rhyme flow is not why he has been charged.

According to Yahoo News, the Proud Boys sympathizer was captured on surveillance video entering the Capitol through a broken window near the doors of the Senate wing. He is further seen taping pictures and recording inside of the building. Through their investigation, the FBI determined he left after a few minutes. The cellphone number he used for an application submitted in North Carolina registered as one mobile device located at the riot.

The FBI proved through tech, but tipped off by his flagrant rap video, that he was there.

He went before a federal magistrate judge on Wednesday, Jan. 12 in Sioux Falls, South Dakota, and was released.

He is one of 700 people who have been charged with federal crimes connected to the Jan. 6 insurrection. He is not the only one to make a rap song.

Felipe Marquez, who has been sentenced to three months of home confinement, put out a remix of Shaggy’s “It Wasn’t Me.” The Florida native’s spin on the chart-topping song featured lyrics like “We even fist-bumped police,” and “We were taking selfies.”

Antionne Brodnax aka Bugzie the Don released the cover art to his rap album called, “The Capital.” On it, he is sitting on the hood of a police truck during the riot. He was charged and pleaded guilty to riot-related offenses in October. He will be sentenced in two weeks, on Jan. 27 for his participation in the insurrection.

Their rap songs didn’t get them to the top of the charts, but first in line for treasonous convictions.