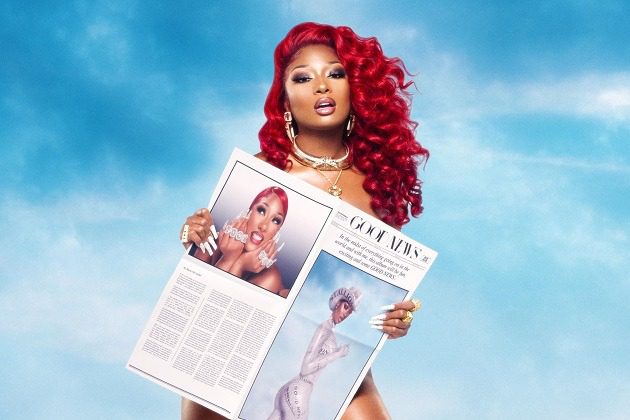 This is a huge week for Megan Thee Stallion. The self-described Hot Girl Coach is up for four nominations at Sunday’s Grammy Awards ceremony, including Best Rap Song (“Savage”) and Best New Artist. She is also slated to perform at the show for the first time.

“I was like ‘Man, I ain’t never heard no female rap like this,’” stated Juicy J. “She writes her own stuff, she’s in the studio telling the engineer how she wants her voice to sound, she’s hands-on with everything.”

The Academy Award winner also talked about Megan’s focus on elevating the public conversation around protecting Black women such as Breonna Taylor, the EMT who was killed in her home by Louisville police officers during a botched raid.

“She’s showing women empowerment,” said Juicy J about his “She Gone Pop It” collaborator. “We make music every day that’s good, but when you can actually give a message too? That’s dope.”

Megan Thee Stallion released her Suga EP in March 2020 prior to the Good News studio LP dropping in November of that year. The Houston representative also appeared as a guest feature on songs by Cardi B, DaBaby, Wiz Khalifa, Juicy J, and more.