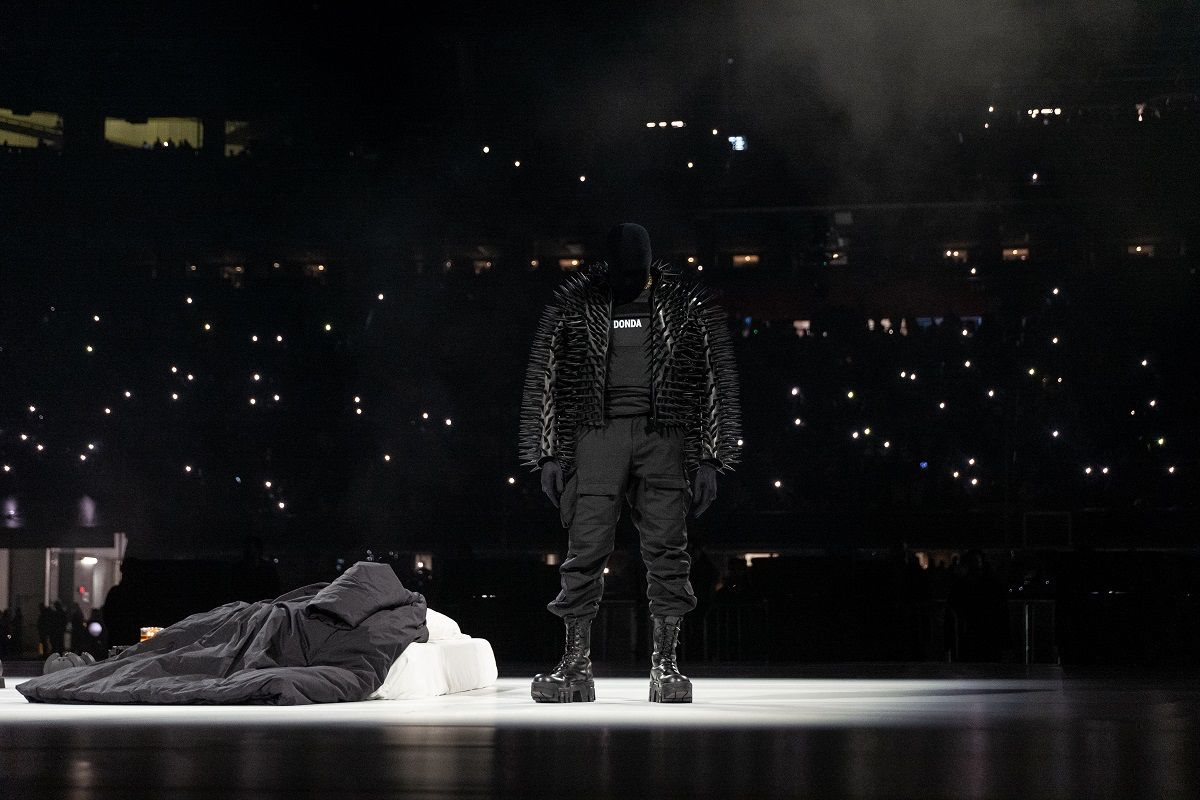 The event kicked off a report two to three hours late with fans waiting in the packed stadium. A replica of Kanye’s childhood home, topped with a flaming cross took center stage where the star would eventually perform.

Ye opened the event with the track “Jail,” showcased at his first listening event, the song reveals he had reconciled with Jay-Z. Jay featured on the track with a verse addressing Kanye’s political stance and antics over the past few years. This time, however, there was no Jay-Z, and in his place was a verse from DaBaby!

DaBaby’s inclusion on the song is a controversial one, the rapper hasn’t been out of the headlines since making homophobic comments at Rolling Loud. Not only was DaBaby on the song, but he joined Ye on stage to perform it!

As if that move wasn’t risky enough, Kanye courted further headlines with Marilyn Manson also appearing on stage. The rocker is embroiled in his own public controversy as he is currently under investigation for domestic violence and is being sued by a number of women for sexual assault.

While DaBaby appeared on a track with West, Marilyn’s presence is puzzling. There was seemingly no reason for him to be part of the show. Also seen “on stage” with Kanye were Travis Scott and Jamaican dancehall artist Shenseea. Once again, Kanye did not actually perform the tracks, he danced along to the album as he did at the other listening parties.

Fans from inside the stadium are reporting that Kid Cudi has been left off the track “Moon”. The original track debuted at the first listening event and featured long-time collaborator Kudi and Don Tolliver.

The “DONDA” album was supposed to drop after the listening event however, Apple Music is now showing September 3 as the release date.