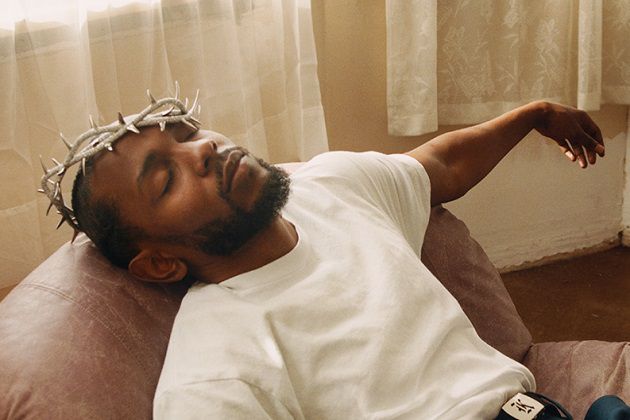 Kendrick Lamar used his headline set at the Glastonbury Festival with a powerful protest in support of women’s rights following the Supreme Court’s recent decision to overturn Roe v. Wade.

The visual impact of the theatrical performance was undeniable. As Kendrick wound down his set he stood in the middle of the stage as blood poured down his face from a diamond-studded crown of thorns, turning his white shirt red.

Flanked by his dancers, Kendrick Lamar chanted, “Godspeed for women’s rights. They judge you, they judge Christ.”

His eyes were closed while he repeated the phrase over and over, increasing the intensity each time. He then concluded abruptly; breaking off mid sentence before slamming down his microphone and walking off stage, leaving the crowd in awe.

The Mr. Morale And The Big Steppers artist also spoke directly to his fans elsewhere during his set.

“On behalf of me and my team, I want to thank every individual out here tonight,” Kendrick Lamar said while performing “Love.” He continued, “I consider y’all family, this s### is special, it means a lot to me. I look out into the crowd and I see different creeds, different colors. I wear this crown. They judged Christ. They judge you, they judged Christ. We gonna continue to walk in his image.”

The Grammy Award winner ended the festival with “Savoir,” which he introduced with the message “imperfection is beautiful.”