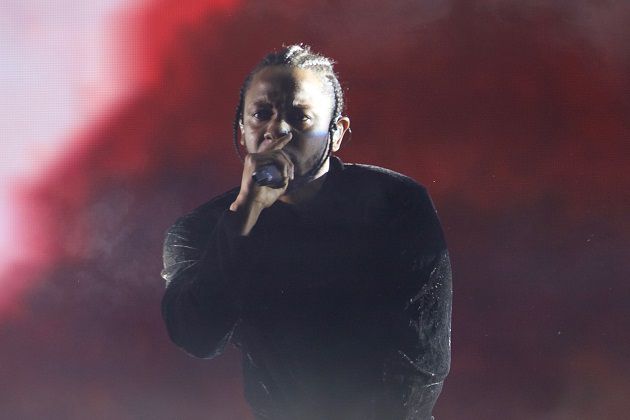 Kendrick Lamar has officially returned to the music scene. The West Coaster is featured on his cousin Baby Keem’s latest single “Family Ties” off the rapper’s forthcoming The Melodic Blue album.

Baby Keem teased the collaboration was coming with an Instagram post earlier in the week. “Family Ties” then arrived on Friday with a Dave Free-directed music video.

Since premiering on YouTube at midnight, Baby Keem and Kendrick Lamar’s “Family Ties” is already trending on the platform. R&B songstress Normani made a cameo in the visuals.

Kendrick Lamar’s appearance on the track gained a lot of attention online. Many listeners were especially interested in the Pulitzer Prize winner opening his part of the song by saying, “Smoking on your top five tonight.”

Baby Keem is connected to pgLang, the “service company” founded by Kendrick Lamar and Dave Free. There is still very little public information about the brand.

Baby Keem, along with other artists such as Ryan Destiny and Brent Faiyaz, was featured in a Calvin Klein campaign. That 7 video series was produced by pgLang and directed by Dave Free.

With an assist from Kendrick Lamar, “Family Ties” will serve as an introduction of Baby Keem for some rap fans. This is the first time Lamar has appeared on a single since hopping on Busta Rhymes’ “Look Over Your Shoulder” in 2020.

Kendrick Lamar dropped his most recent studio album in 2017. Damn was met with critical acclaim, and the 3x-Platinum studio LP has spent over four years on the Billboard 200 chart.

Baby Keem earned a Platinum plaque for his 2019 record “Orange Soda” off the Die for My B*tch mixtape. The California representative also released The Sound of Bad Habit mixtape in 2018. He presented “Durag Activity” with Travis Scott in April.