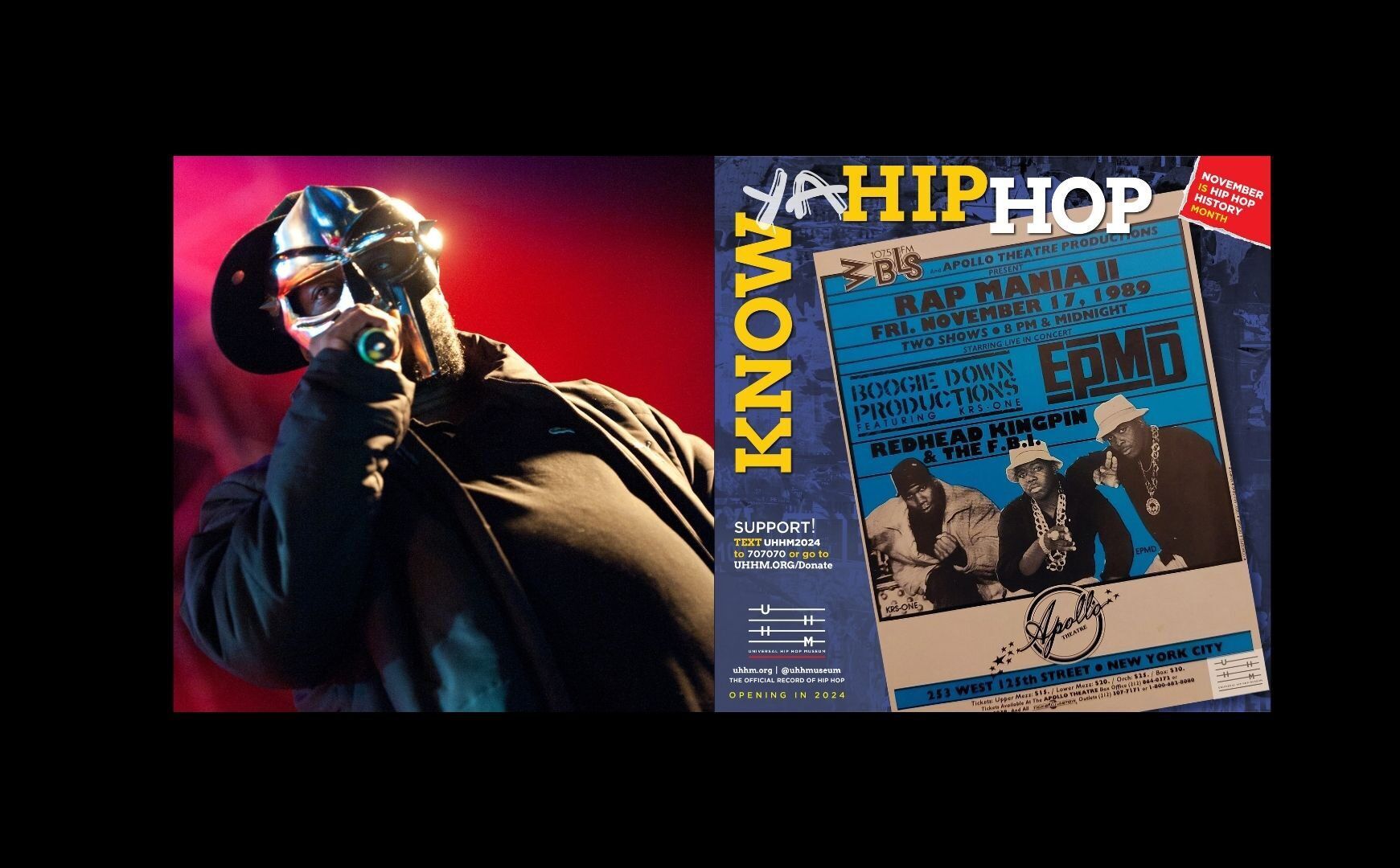 On November 17, 2021, the Universal Hip Hop Museum and AllHipHop.com are set to celebrate Hip Hop History Month by highlighting the late great MF DOOM, EPMD, and Boogie Down Production.

The late great MF DOOM was one of the most creative Hip-Hoppers in the entire world. He was a gifted lyricist, a huge graffiti fan, and as a producer was a portal for all creative energies who still wanted to push boundaries in Hip Hop.

An original member of the rap group KMD, performing under the name Zev Love X, he consistently evolved from the late 80s to his death in 2020.

One way he bent the rules was by releasing albums under the pseudonyms King Geedorah and Viktor Vaughn. Even the mainstream acknowledged this “underground” icon. Variety described him as one of the scene’s “most celebrated, unpredictable and enigmatic figures.”

Fun fact: Though he was put on during New York’s Golden Era of Hip Hop, he was not originally from the Big Apple. Like Slick Rick, Monie Love, and 21 Savage, he was born in Great Britain.

Friday, November 17, 1989, Hip-Hop legends EPMD and Boogie Down Productions featuring KRS-One put on a doubleheader of shows at the world-famous Apollo Theatre in New York.

The Blast Master had recently formed the “Stop the Violence Movement” in hopes of encouraging the community to end the senseless violence being committed.

He gathered some of the East Coast’s biggest names to come together on the song “Self Destruction” which debuted at No. 1 on the first-ever Billboard “Hot Rap Songs” and held the spot for ten weeks.