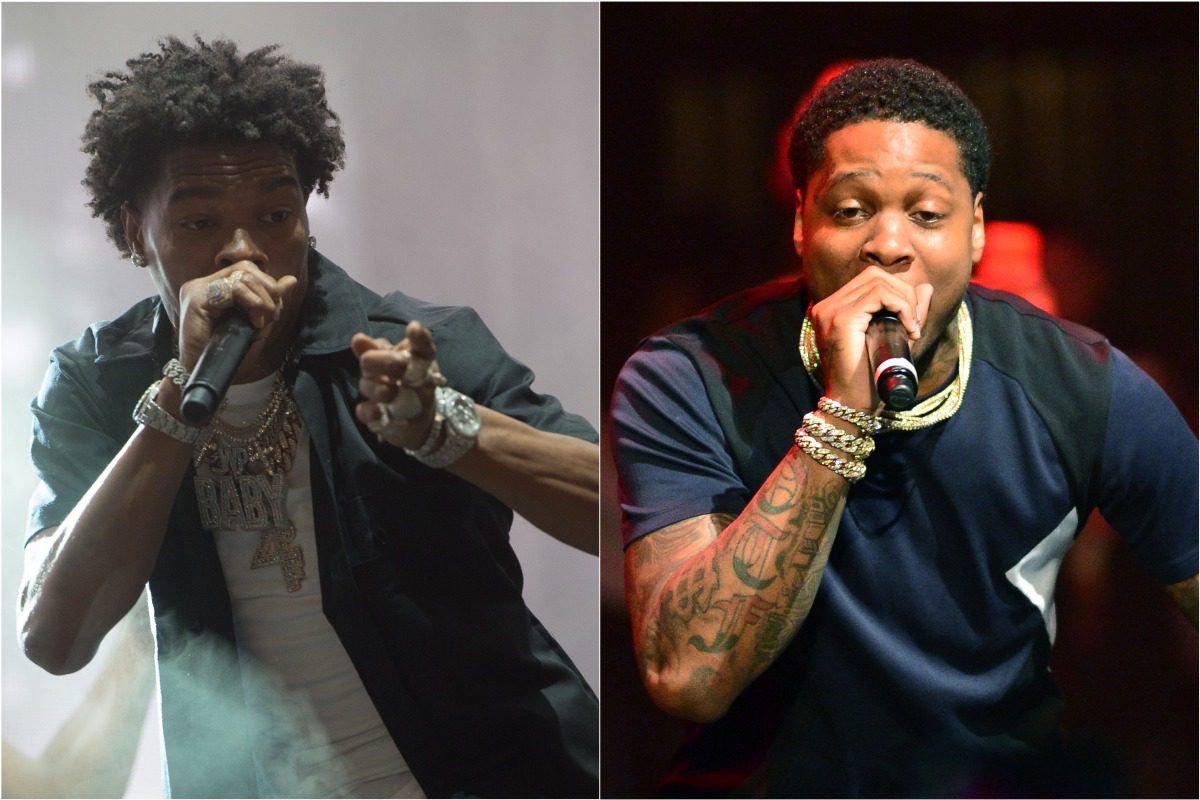 Have two of the hottest rappers out right now teamed up to make a body of work? Going by the social media accounts of Lil Baby and Lil Durk, rap fans could see a collaborative mixtape from the “3 Headed Goat” collaborators in the near future.

Lil Baby ignited the rumors when he took to his Instagram Story and posted a photo of the two rap stars performing together in Atlanta. His caption read, “Aye y’all tell @LILDURK let’s drop the tape fucc.”

Durk then uploaded Baby’s post to his own Instagram Story. The Chicago native added, “If we drop a tape the streets gonna be in a headlock fasho.” In a separate story post, Durk added, “The voice x The hero.” His Atlanta-based colleague responded, “Bra why the hell you playing @LILDURK [smiling face with tears emoji].”

After the friendly back-and-forth on IG Stories, Durk then turned his attention to getting his followers on board with the possible mixtape. A regular Instagram post by the OTF leader read, “100k comments me and @lilbaby gone drop our tape….. The voice x The hero.”

It appears there is a high demand for a potential Baby-Durk joint project. As of press time, Lil Durk’s “The voice x The hero” post on Instagram has more than 150,000 comments and more than 1 million likes.

If The Voice x The Hero does come to fruition, it would be a continuation of high-profile projects from both artists. Lil Baby’s My Turn album spent five weeks at #1 on the Billboard 200 chart, and Lil Durk’s The Voice album has remained in the Top 10 for nine straight weeks.