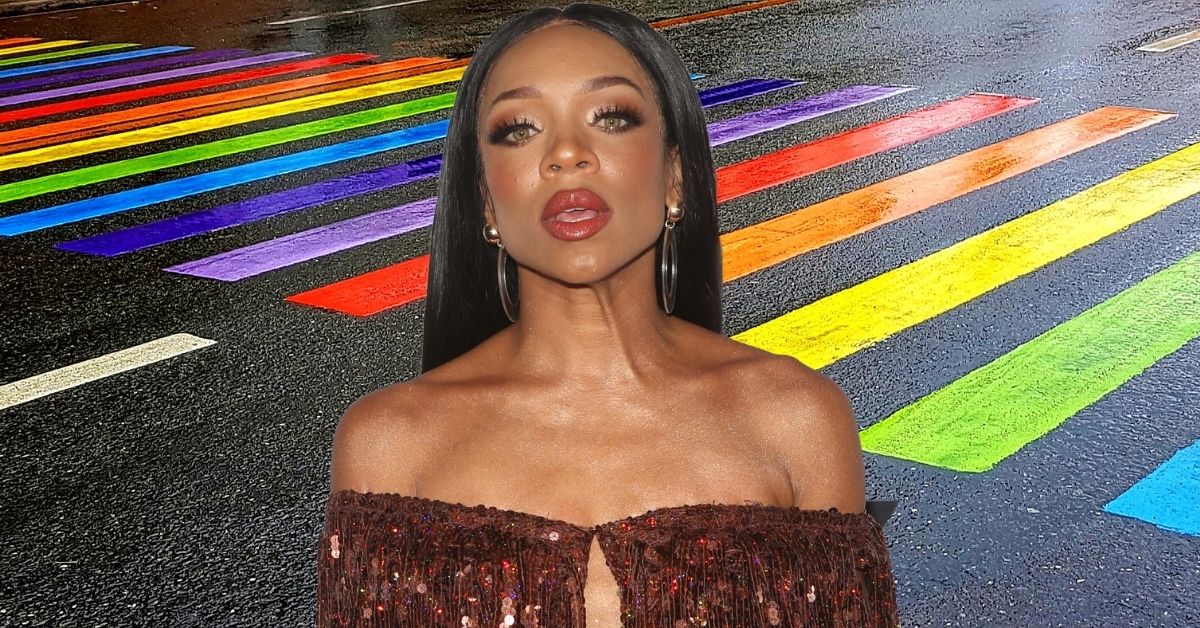 Brooklyn rapper Lil Mama is currently facing a great deal of backlash from the LGBTQ community. But no worries, it seems the “Lip Gloss” chart-topper is bucking back — ready to duke it out. #CancelCultureBeDamned

During the week, she jumped on her Instagram story and shared that she was going to start an anti-straight bully campaign called the “Heterosexual Rights Movement” – that will stop the senseless persecution of people who live heteronormative lives.

On the Live, she wrote, “Y’all fight so hard to be respected and SOME of you, NOT ALL, get a kick out bullying people for having an option, how they dress, how their hair and or makeup looks, how much money they have, etc.”

Lil Mama even noted that she felt like straight people are targeted and ostracized for their expressing their opinions, saying, “because if they do, the LGBTQ+ will hear what they want to hear and take statements out of context.”

Lil Mama pledges to start a “Heterosexual Rights Movement” to advocate against the bullying heterosexuals allegedly face from the LGBTQIA+ community. pic.twitter.com/Bmk1Oaqisv

Lil Mama come outside i wanna have a talk with u 👀 pic.twitter.com/nByDMZfkYn

This is not the first time that she has expressed strong views about the LGBTQ+ community.

Last week she shared on her social media platform a tweet that called into question why Gabrielle Union and Dwyane Wade would allow their daughter Zaya Wade to live her life differently than the gender assigned to her at birth.

Then she added, “DEPOPULATION AT ANY COST CAT FIGHTS SWORD FIGHTS Used be a cat now ima dog WHATEVER TO STOP NEW LIFE REPRODUCTION.”

Lil Mama later went to discuss it on Instagram with another person who shared her views.

Lil Mama is being called transphobic after she got on Instagram Live last night to explain her comments about trans children and depopulation last week.

Over ten years ago, when she was a judge on the hit MTV show “America’s Best Dance Crew,: she also said, “I just feel that you always have to remember your truth. You were born a man,” to a transgender dance crew leader.

Needless to say, she is currently getting dragged for her statements.

Shoutout to Lil Mama for reprising her role as a f###### clown for the 31st year in a row. You go girl! pic.twitter.com/vSQczRhfuL

Why is Lil Mama speaking about the lived experiences of Transgender people? She does not have the range nor the expertise to speak on a topic she has no range on. How about she speak about the violence towards Trans people and specifically Black trans women. Again, bigotry.

Apparently Lil Mama said something transphobic and someone said they are never streaming her again and I’m sorry people were streaming lil mama?? pic.twitter.com/rD17pG3MSW

Lil Mama is actually ignorant and dumb as s###. pic.twitter.com/LsgyvxDEx5

Lil Mama on her way to the heterosexual pride protest pic.twitter.com/x3ov0PHhmP