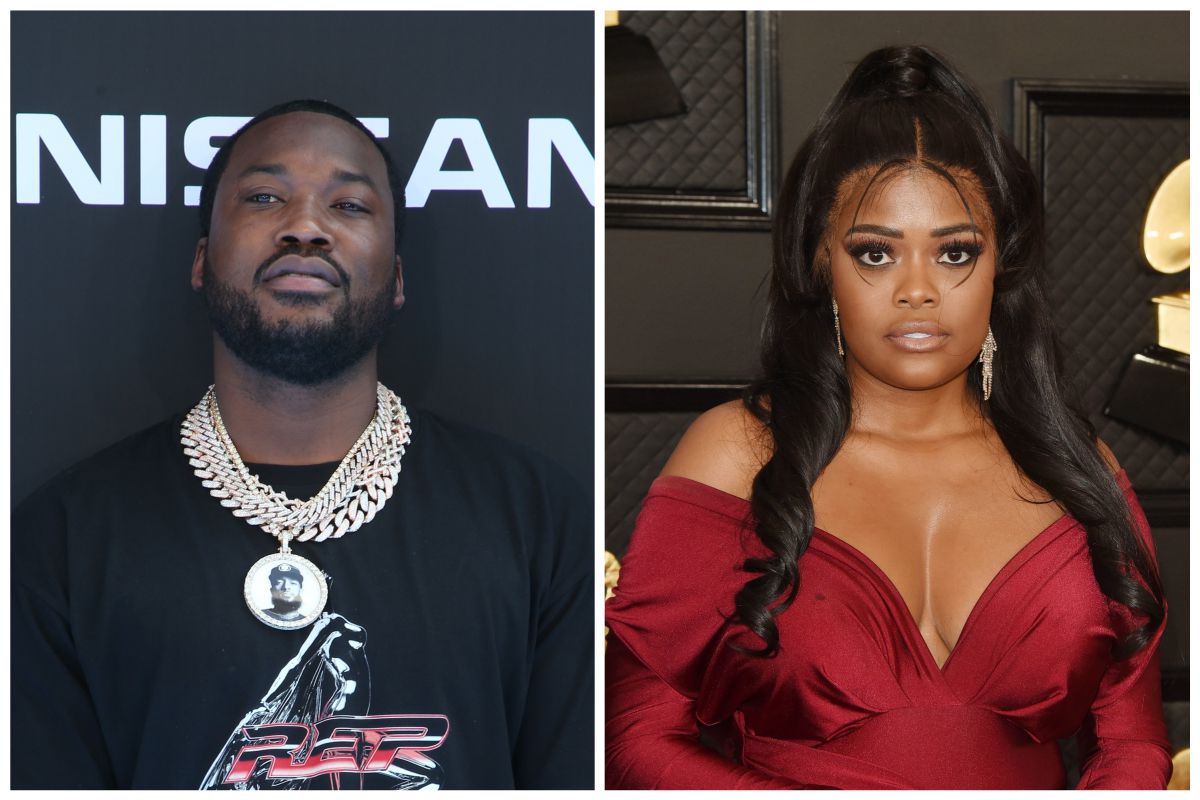 It was a really tough weekend for Girl I Guess podcaster Karen Civil. Grammy-nominated artist Joyner Lucas accused Civil of scamming him out of $60,000 when he was still an up-and-coming rapper several years ago.

The viral CH conversation reminded some social media users that Meek Mill once alleged Karen Civil paid blogs to post unfavorable stories about him. The digital media marketing strategist was working for Meek’s ex-girlfriend, Nicki Minaj, at the time.

Meek Mill decided to revisit those allegations after Karen Civil was dragged across the internet for supposedly being a con woman. The Dreamchasers frontman sent out two tweets about the subject.

“Karen was my friend and turned on me for [an] opportunity… Start having the blogs posting negative about me on some conspiracy s###. lol. I forgive her but I definitely don’t wanna deal with y’all industry people that move like that! You should admit what you did to me too,” tweeted Meek Mill on Sunday.

He added, “People thought I was high just ranting… I’m not mad at her, she’s a woman, I’m over it… I’ll appreciate if she said something about that tho! We were real friends… I used to give her a lot of exclusive records for her website!”

Karen Civil responded to Meek Mill in a now-deleted tweet. She wrote, “@MeekMill you know damn well I ain’t have no site play you, I literally just supported your album and shown you nothing but cordialness and respect [the] last few years when we see each other.”

When Karen Civil was asked about Meek Mill’s accusations back in 2017, the longtime Hillary Clinton supporter said, “At the end of the day, it’s a business. Websites, blogs, Instagram – all these things are businesses. I’m not going to stop Meek from doing anything or be a part of trying to harm him. Anything people have been posting about him, it’s things that he posted on his own page.”

In addition to the growing scandal involving Joyner Lucas and Meek Mill, Karen Civil was also blasted by Cam’ron. In 2016, the Harlem Hip Hop legend said Civil stole $60,000 from fellow Diplomats member DukeDaGod. Cam also asserted that certain publications refused to run stories about the allegations against Civil because of their close relationship with her.

“Y’all gonna apologize or nah?! I figured y’all wouldn’t 🤷🏾‍♂️For those that don’t understand, I told people [Karen Civil] been robbing people, they said I was lying. Now she just lost a court case to another female, now they say [Karen] is foul. When I said it… I was hating… She also robbed Joyner Lucas for the same exact amount she did my guy @darealdukedagod 60k… What a co-winky-d###,” wrote Cam’ron on Instagram this weekend.