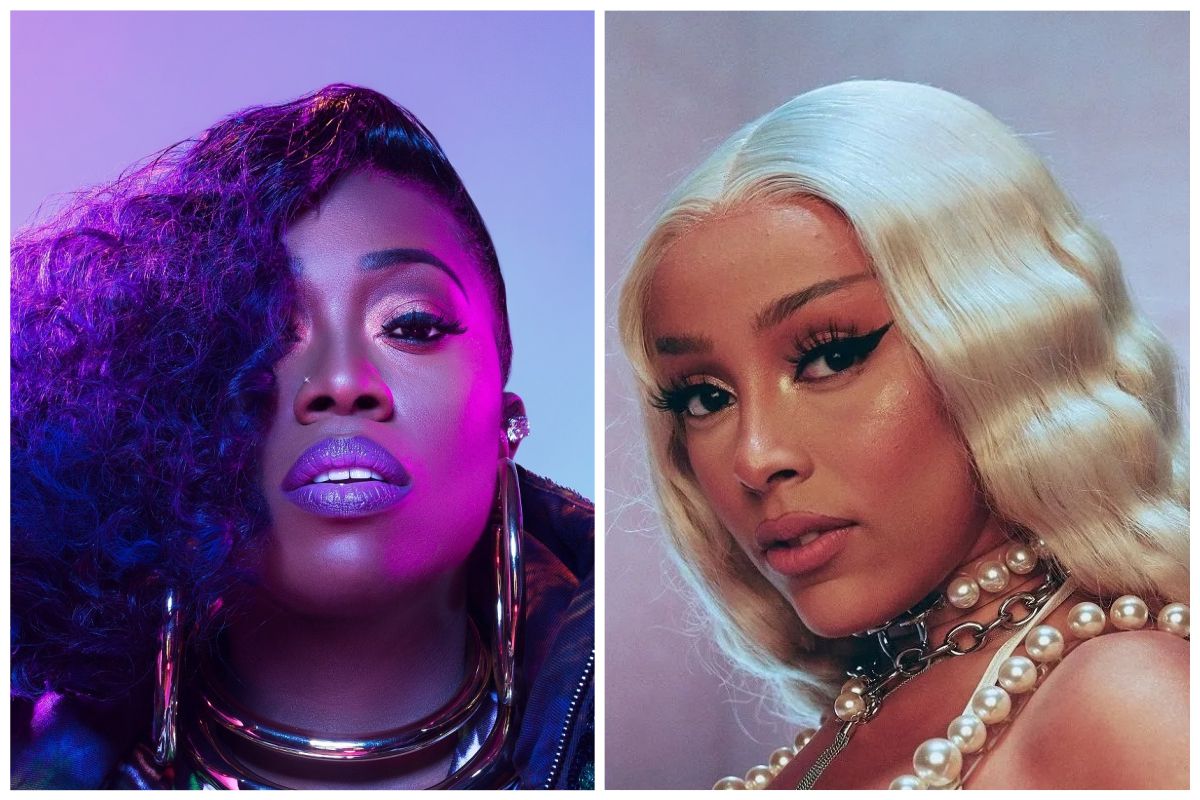 Turn of the century-era hitmaker Missy Elliott is one of the most prolific singers/rappers of her generation. In the 2020s, Doja Cat has grabbed that baton and carried it to the top of the Billboard charts.

Missy Elliott got the chance to question Doja Cat for an Interview magazine cover story. The conversation included the Songwriters Hall of Fame inductee and the Planet Her album creator discussing various topics.

At one point, Missy Elliott asked Doja Cat if she preferred singing or rapping. The 25-year-old RCA recording artist admitted to sometimes having difficulty putting bars together.

“It’s harder for me to rap. Sometimes I get writer’s block, because I don’t want to write something stupid. Sometimes I’ll write something and be like, ‘Why would I say that?’ Then I’ll restart, and eventually just give up. But when I do it right, I’m really, really happy about it,” replied Doja Cat.

Then Missy Elliott told the “Kiss Me More” performer, “I definitely like rhyming better, but only because I don’t think I’m great at singing. But I like doing melodies.”

Throughout her career, Missy Elliott was never able to secure a #1 song on Billboard‘s Hot 100 chart. She does have nine Top 10 entries on the weekly tally, including “Work It” which peaked at #2 in 2002.

“When you’re creating music, do you think about the charts or streaming? Or do you say, ‘I’m doing records that feel good to me, and if they like it, that’s great,'” Missy Elliott asked Doja Cat.

The Los Angeles native responded, “About 98 percent of the time I’m just trying to have fun. But sometimes there’s people in the studio who are like, ‘This would be a great TikTok song’ I’m not really trying to fight them and I get it, so I try to be open-minded.”

Doja Cat also expressed that she was a big fan of Missy Elliott growing up. The 2-time American Music Award winner said, “A lot of your s### was huge for me. When I was little, I was in front of my TV every single day dancing to your videos. I was like, ‘This is my Beyoncé.'”