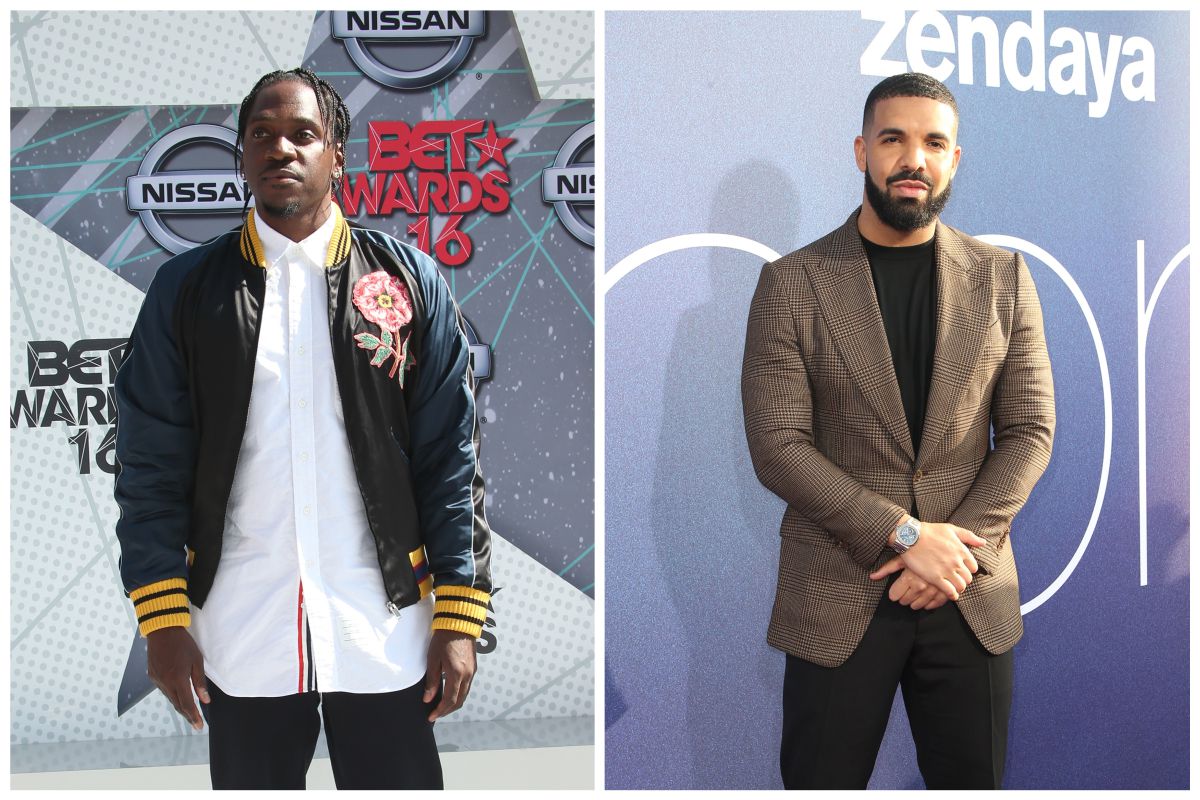 The ongoing feud between G.O.O.D. Music and OVO Sound continues to play out in different ways. In the latest round, Pusha T is still supporting his G.O.O.D. Music boss Kanye West by sending a subliminal message to OVO leader Drake.

Over the last few days, fans of both sides have argued online about the musical quality and commercial success of Kanye West’s Donda album versus Drake’s Certified Lover Boy album.

Rap Dose re-posted XXL‘s tweet and added, “I predicted this. I said Drake’s day 1 is gonna be huge off the element of surprise then it’s just gonna drop. Donda everyone heard in full 3 weeks before it dropped, still did these numbers, and is only growing in streams. Crazy!”

Pusha T liked that particular tweet by Rap Dose. The Virginia-bred emcee has been beefing with Drake for years. King Push famously had a lyrical back-and-forth with the Toronto rhymer in 2018 which led to the release of the scathing diss track “The Story of Adidon.”

On “Adidon,” Pusha T revealed that Drake had a son named Adonis with former sex worker Sophie Brussaux. Earlier this year, Pusha’s name was trending on Twitter following the 2021 Billboard Music Awards because Drake brought Adonis on stage while accepting his 2010s Artist Of The Decade award.