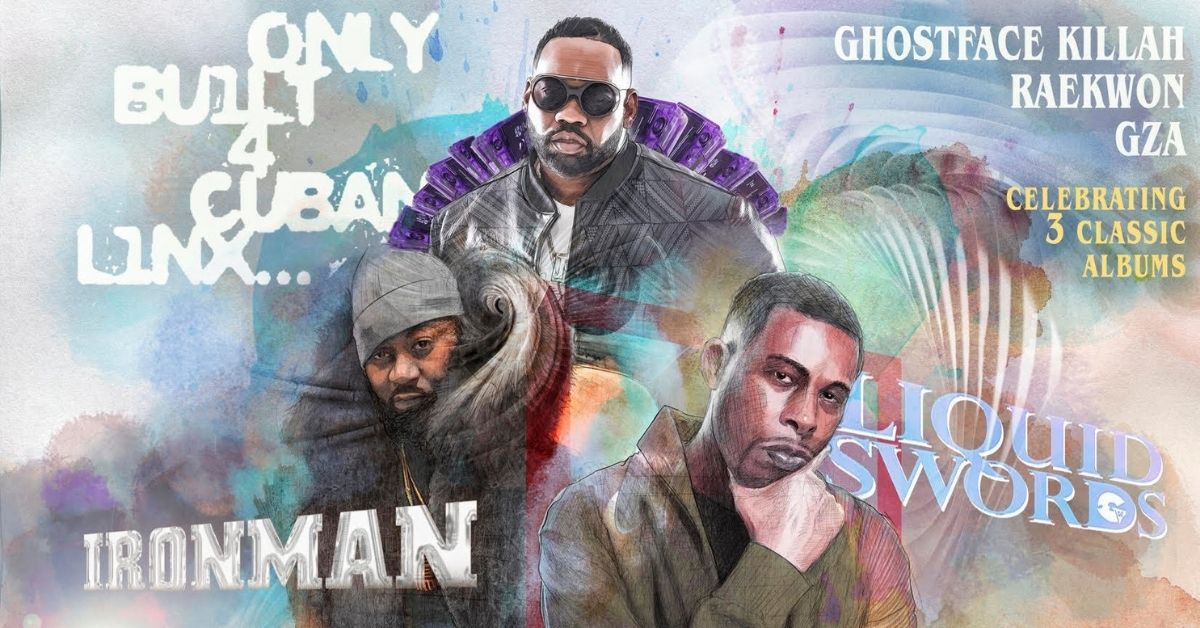 “Have you ever been stung by a thousand hornets? 500 Killer Bees, buzzin’, and really on it? Whipped with Cuban Linx and cut with Liquid Swords? Choked by Ironmenuntil we crush your vocal chords?”

Well damn, the Wu-Tang Clan’s GZA opened up the announcement of his upcoming tour with Raekwon the Chef and Ghostface Killah with this poignant question.

Now that the world is opening back up, the trio will link to form one of the most dynamic tours of the year. Called the “3 Chambers Tour,” fans will be treated to a cornucopia of lyricism.

All three of these treasured emcees have classic albums with style and era-defining jams. The setlist has to be crazy with joints from GZA’s Liquid Swords, Raekwon’s Only Built 4 Cuban Linx and Ghostface’s Ironman.

They may even throw some other Wu collabs and features on there just to keep the 25-city run spicey.

The “3 Chambers Tour” begins in Minneapolis on October 1st and will run until December 18th, where its last stop will be Indianapolis.

“As we start to approach a back to normal environment, which is overdue, I’m overly excited about seeing my fans again,” Raekwon explained. “This 3 Chambers Tour will be something I recommend nobody misses. This s### will be bananas!!!! Get ready to enter the WU again…(#ironliquidlinxshit).”

What will make this tour especially “bananas” is that Ghost will be celebrating the 25th anniversary of the Ironman album. He is promising to host a special meet and greet with fans after the show, where they can take pictures and receive signed cans of his brand-new energy drink Hard Cream.

“Yoooo, I’m happy to get out to perform and party HARD with my fans!!!” Ghostface Killah exclaimed. Tickets go on sale soon.

Check out the dates below:

December 18 – Indianapolis, IN (The Vogue)