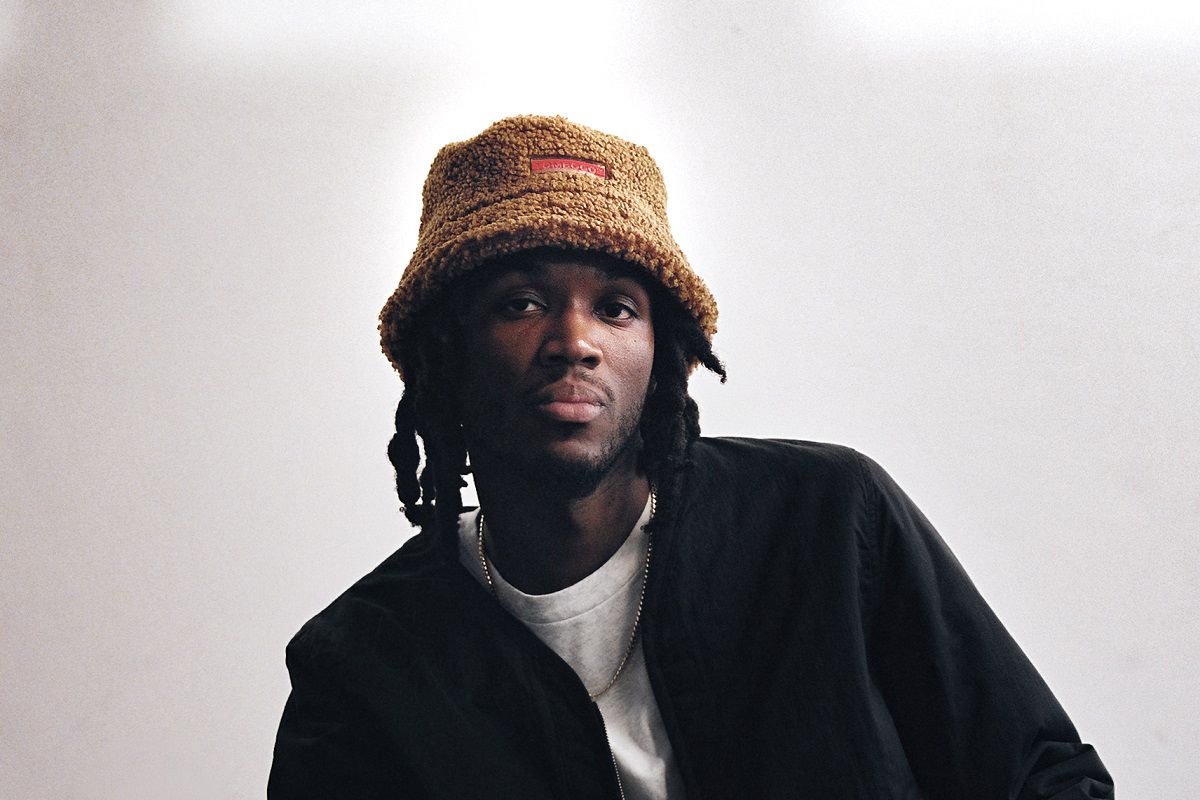 Chicago emcee Saba became one of the top independent rap acts over the last five years. The Pivot Gang co-founder earned critical acclaim for his second studio album Care for Me.

“A ‘fearmonger’ is defined by Cambridge as ‘someone who intentionally tries to make people afraid of something when this is not necessary or reasonable.’ I’m saying we’re embedded with this ‘irrational fear,'” says Saba.

The Ghetto Sage collective member continues, “The song takes this concept and kind of turns it slightly abstract by assigning a character to ‘fearmonger.’ I’ve never made a record that sounded anything like this, and part of the fun of releasing music is to create worlds sonically and have people trust you to show them around your own imagination.”

In September 2020, Saba dropped the “2-song double single” of “Mrs. Whoever” and “Something in the Water” featuring South Florida rapper Denzel Curry. Pivot Gang’s You Can’t Sit With Us compilation arrived one year earlier.

At the time of making this record, I was beginning to realize how big of a hold fears actually had on me. With big decisions to make, I was never sure if I was doing the right thing. Fearing if I was actually doing enough. Fear had become something that I just accepted. No longer trying to overcome it. Fear of losing everything. Fear of failure. Fear of not being enough. I walk on uncharted territory and it makes me think of my own family and their relationships to fear, failure, and success. The song mostly deals with fear as it relates to money in the Black household, a fear that I am still currently working through.

Being from a long line of poverty is not a new story, but it does come with its own traumas and judgments that can make our relationship to success feel like it’s never enough. It’s embedded into us from our upbringing so we spend our adulthood trying our best to unlearn it. It becomes you holding on to a dollar afraid to spend it or share it because you don’t know if it’s your last one. There is no family line or trust fund or rich grandparent that can help you. If you hit the bottom, it’s just that. The same way that your parents were, and the same way their parents were. “I know if I fall back down ain’t no one there to lend me rope.”