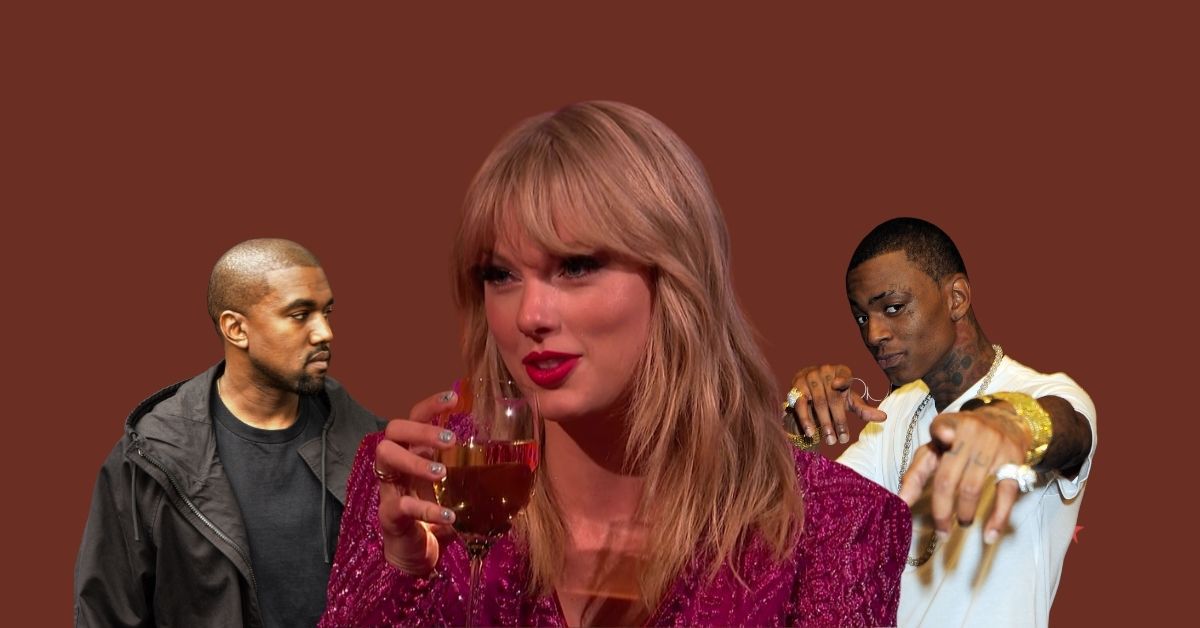 Soulja Boy has ramped up his feud with Kanye West by demanding the “Gold Digger” hitmaker properly apologize to Taylor Swift for his behavior at the 2009 MTV Video Music Awards.

The “Crank That” hitmaker has been at odds with West ever since he was left off Kanye’s new album, Donda, despite recording a verse for the project.

At first he told Kanye to stop calling him and then he challenged his fellow rapper to a fight, before insisting he was just “having some fun.”

Soulja turned on Kanye again via Twitter, demanding he apologize to Taylor Swift for storming the stage at the VMAs to protest her first Video of the Year win.

“You did a-lot of corny s### in ur career and got a pass,” Soulja Boy wrote. “B#### ass n#### apologize to Taylor swift @kanyewest. If u would have ran on stage and snatched a mic from my hand I would have knocked yo ass out live on MTV.”

Soulja Boy (Draco)
@souljaboy
U Pussy. U really wore that trump hat too. You did a-lot of corny shit in ur career and got a pass. Bitch ass nigga apologize to Taylor swift @kanyewest

Kanye, who has yet to respond to the rap star’s comments, reportedly recorded Donda album track “Remote Control” with Soulja Boy and then switched his verse for one from Young Thug.