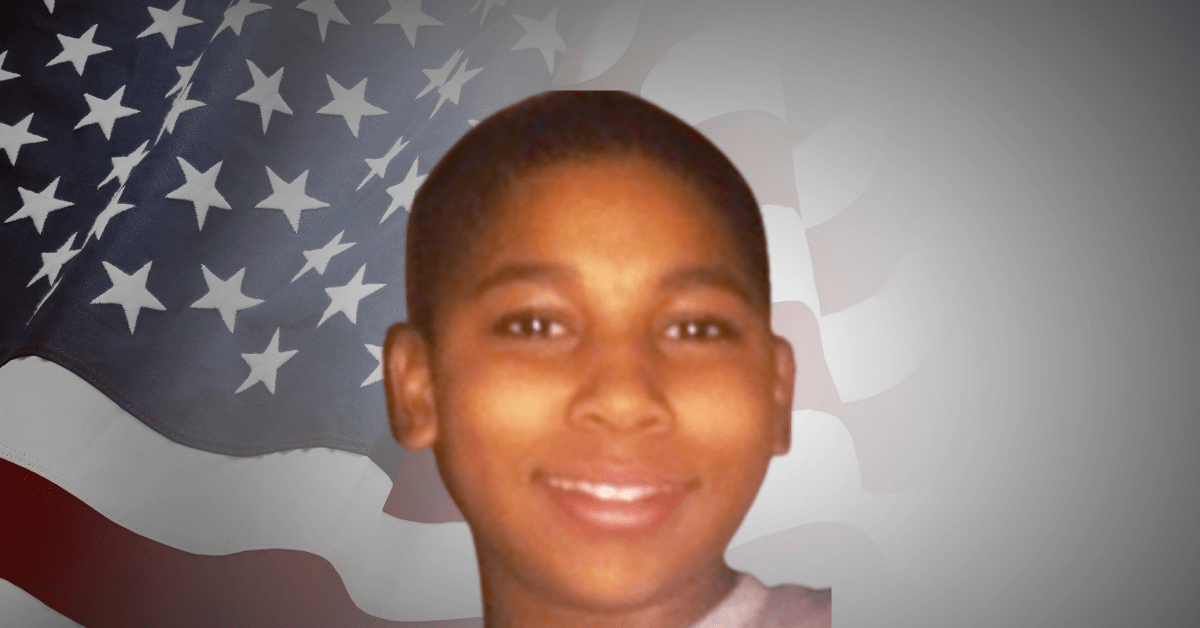 Tamir Rice, the boy slain while playing in a Ohio playground, did not get the same chance that Kyle Rittenhouse did … and his mother is not shocked at all.

In a comment that might have been out of sheer frustration, she said that she believes this country should be taken over.

Now you know you can’t talk like that … Don’t let Jan 6th get you killed, sis.

According to TMZ, Samaria Rice believes that the nation can’t be fixed.

She said, “I’m very annoyed about how minor, a white little boy, is not in jail for the murder of other people.”

Rice also took aim at Mama Rittenhouse saying, “That’s just not right. His mother should go to jail too because why would you give him a gun and he’s a minor? That’s not how you’re supposed to raise your children… You knew he was going to a protest, what did you think he was going to do?”

“He wasn’t helping out the police he killed innocent police and for that right there, he should be in jail, ” she said as a reminder.

She probably will not.

But the family of Anthony Huber, one of the men that he killed at the Jacob Blake uprising, is.

Don’t worry Mama Rittenhouse, they are going after the big dogs. Moments after the verdict was made, the family released this statement.

“We are heartbroken and angry that Kyle Rittenhouse was acquitted in his criminal trial for the murder of our son Anthony Huber. There was no justice today for Anthony, or for Mr. Rittenhouse’s other victims, Joseph Rosenbaum and Gaige Grosskreutz.”

Statement of Karen Bloom & John Huber in Response to the Rittenhouse Verdict: https://t.co/dVGizbmNVB 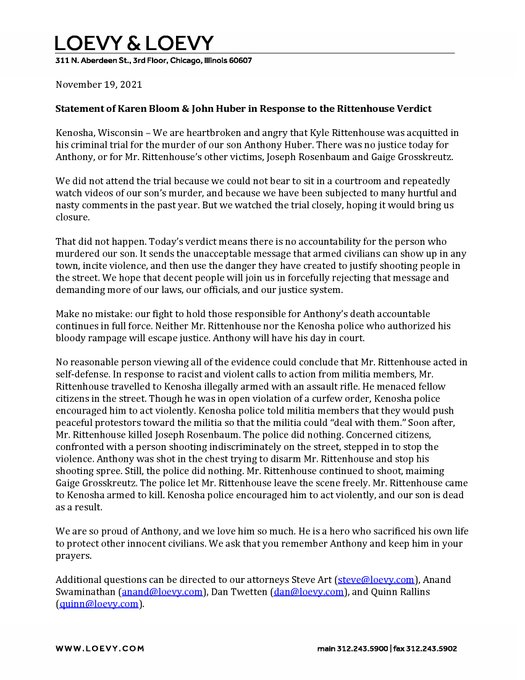 They will be suing the Kenosha police for not protecting its citizens.

Tomorrow will make seven years when 12-year-old Tamir Rice was sniped by Cleveland police, while he was playing in a playground.

The circumstances of Tamir Rice losing his life over a play gun and Kyle Rittenhouse killing two people with a massive hunting rifle, ticked her off immensely.

She said, “At the end of the day, this country needs to be overthrown. This is pitiful,” Samaria added. “Where in this country have we seen somebody pick their own jurors? When I saw that I was like are we still on planet earth?”

Rice ended her statement with “We’re praying for them right now because this is pitiful!”

What do you think? Does she have a point? Should Rittenhouse’s mother be jailed?