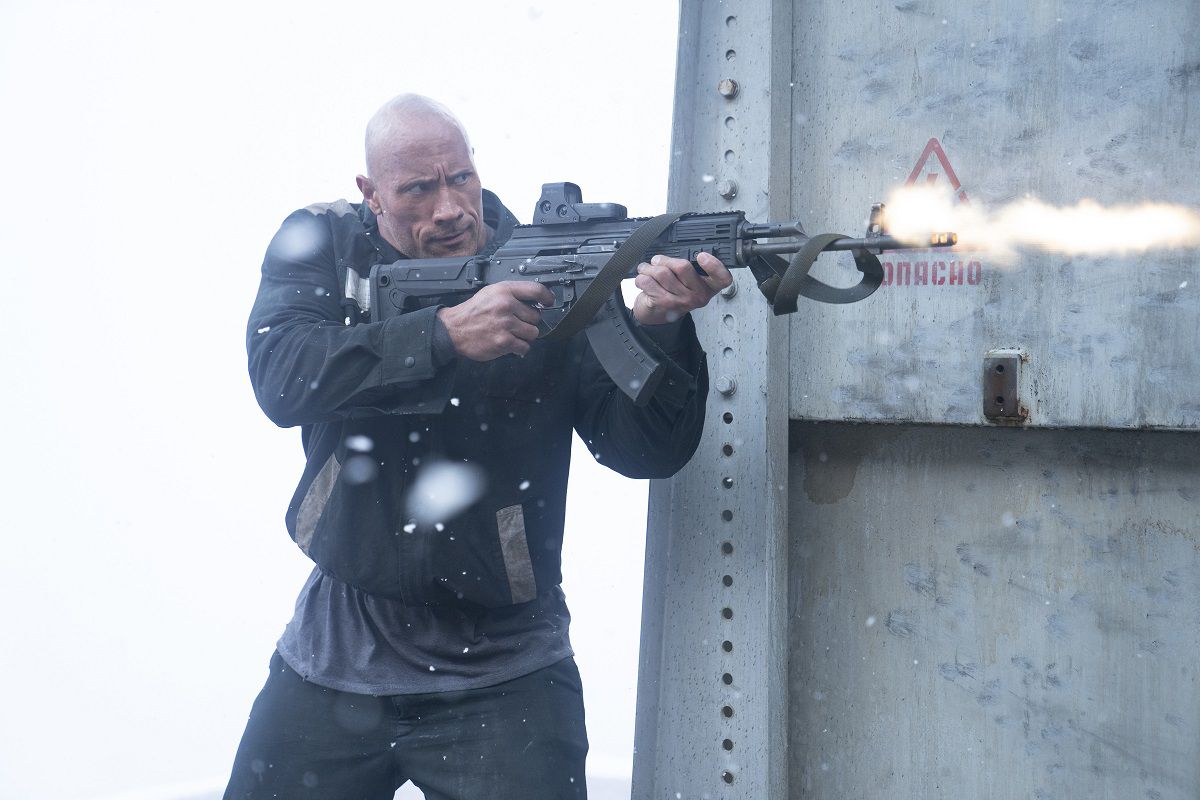 Following the tragic killing of cinematographer Halyna Hutchins on the set of Rust, there continues to be a conversation about safety on film sets. Hutchins was accidentally shot with a prop gun by Rust star Alec Baldwin.

The current undisputed champion of big-budget action movies, Dwayne “The Rock” Johnson, was asked about using firearms while filming. Variety spoke to the former WWE superstar during a promotional interview for his upcoming movie Red Notice.

“First of all, I was heartbroken when I read that,” stated The Rock about Hutchins’s death. “We lost a life. My heart goes out to her family and everybody on set. I’ve known Alec, too as well, for a very long time.”

He added, “I can’t speak for anyone else, but I can tell you, without an absence of clarity here, that any movie that we have moving forward with Seven Bucks Productions — any movie, any television show, or anything we do or produce — we won’t use real guns at all.”

Johnson’s Seven Bucks Productions company will begin using rubber guns that can be edited in post-production. The 49-year-old actor said, “We’re not going to worry about the dollars, we won’t worry about what it costs.”

This is the third time Rawson Marshall Thurber and The Rock worked together on a feature film. They previously teamed up for Central Intelligence in 2016 and Skyscraper in 2018. Thurber’s filmography also includes 2004’s DodgeBall: A True Underdog Story and 2013’s We’re the Millers.