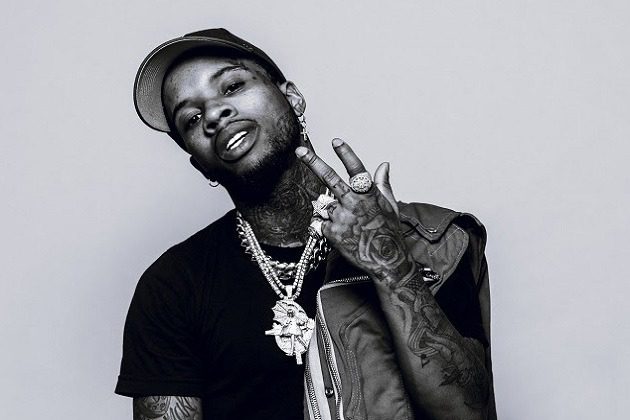 Tory Lanez is preparing to drop another project this week. Now that the Canadian musician is an independent artist who is facing felony assault and firearm charges in connection to an alleged shooting in July 2020, Lanez is finding new ways to distribute music to his fans.

The 28-year-old singer/rapper teamed with the blockchain company Bondly.Finance in order to release three songs as non-fungible tokens (NFTs) on March 4 at 2 pm ET ahead of his Playboy album landing on Friday. NFT collectors will be able to prove ownership of the rare digital art and music they purchase.

“This album is one of the biggest releases of my career, so I had to make the release strategy bigger than ever,” says Lanez. “This meant getting the tracks to my superfans early before the album hits on Friday. So I’m dropping my first NFT, allowing 450 fans to get 3 unreleased tracks from my discography and a chance to meet and hang out with me digitally.”

Today (March 4), Lanez will let loose two records from his Playboy album and one from his forthcoming 1980s-themed album. Bondly.Finance is expected to be involved in future drops of unreleased Tory Lanez tracks as NFTs as well.

“Tory and Bondly only came together a few days ago,” states Bondly CEO Brandon Smith. “This two-day campaign turnaround is unprecedented but our visions align and we didn’t want to miss the opportunity to release a few of his tracks before Playboy comes out and felt like this was a great time to start building Tory’s foundation in the NFT collectible space. These steps will shine a light on Tory and position him as a pioneer in dropping limited NFT songs prior to album releases.”