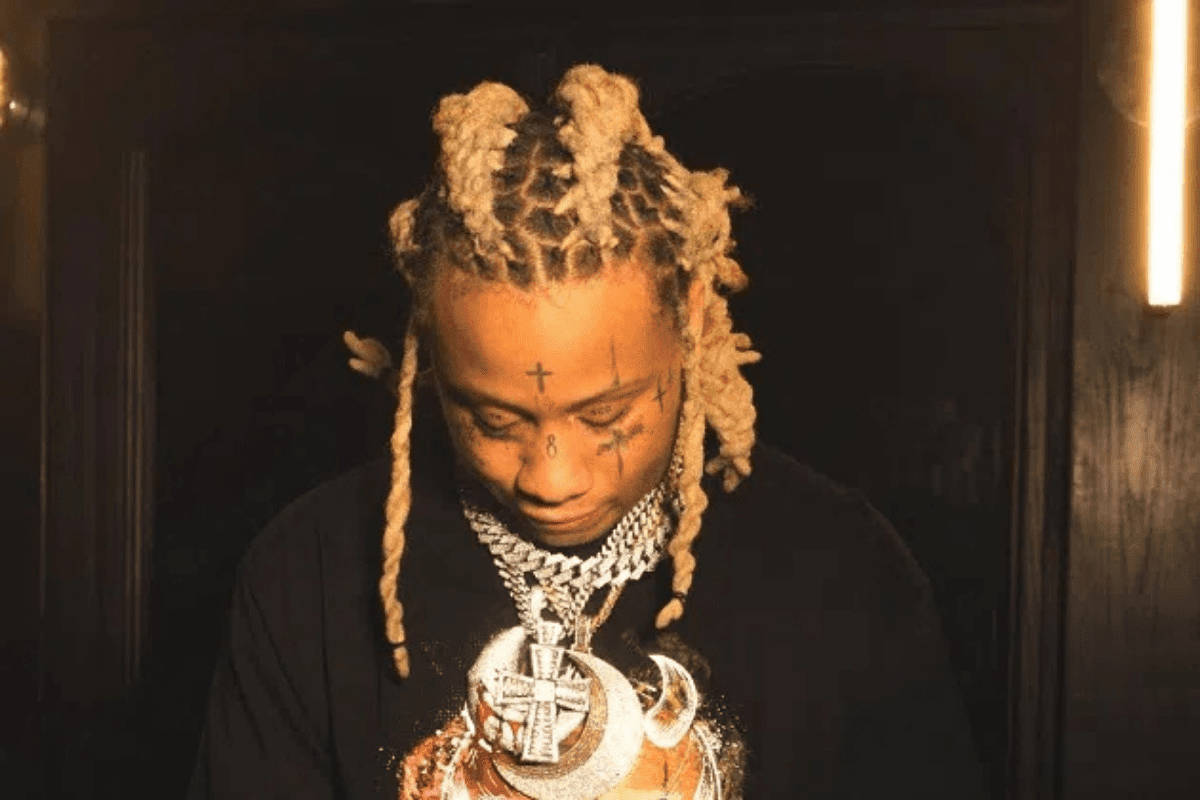 A Trippie Redd performance at the MECU Pavilion in Baltimore, Maryland on Monday night ended in gunfire after his tour bus was shot up in the early hours of Tuesday morning.

Dj Akademiks shared a post on Instagram detailing the incident which included a video clip of a “WBAL-TV” report.

“Hip Hop artist Trippie Redd had just wrapped up a performance at the MECU Pavilion on Inner Harbor,” the reporter explains in the video. “After the show, 10 members of a concert crew boarded a bus headed for the airport. According to police, just before 3 a.m. Tuesday morning, a driver pulled alongside a passenger side of the bus and fired a gun multiple times.”

Though the media personality captioned the post: “Allegedly someone shot at #trippieredd tour bus after his show in Baltimore. No injuries were reported .. thankfully.” “WBAL TV” reports that this is not, in fact, the case.

They report that the tour bus had just left the MECU Pavilion in Baltimore’s Inner Harbor to head to the airport. A passing motorist pulled up to the side of the bus and opened fire just before 3 a.m, one of the bullets hitting the bus driver. The unidentified driver then pulled off the roadway onto the departure lanes of Baltimore-Washington International Thurgood Marshall Airport to get help.

It is unknown who the intended target of the shooting was. Elena Russo, spokeswoman for the Maryland State Police said, “Part of the ongoing active investigation is to determine whether this was a targeted incident or not.”

“Police have been working with the passengers on board the bus as well as a few motorists who were driving by who did see the incident so there are a few conflicting details in terms of what kind of vehicle was involved and what that suspect might have looked like,” Russo said.

Also unknown is whether Trippie Redd was on board at the time of the shooting although the ten members of the concert who were on the bus are reportedly unharmed.

No charges have been filed or arrests made at this time and the investigation is ongoing. Police are asking anyone with information relevant to this incident to contact the Glen Burnie Barrack at 410-761-5130.