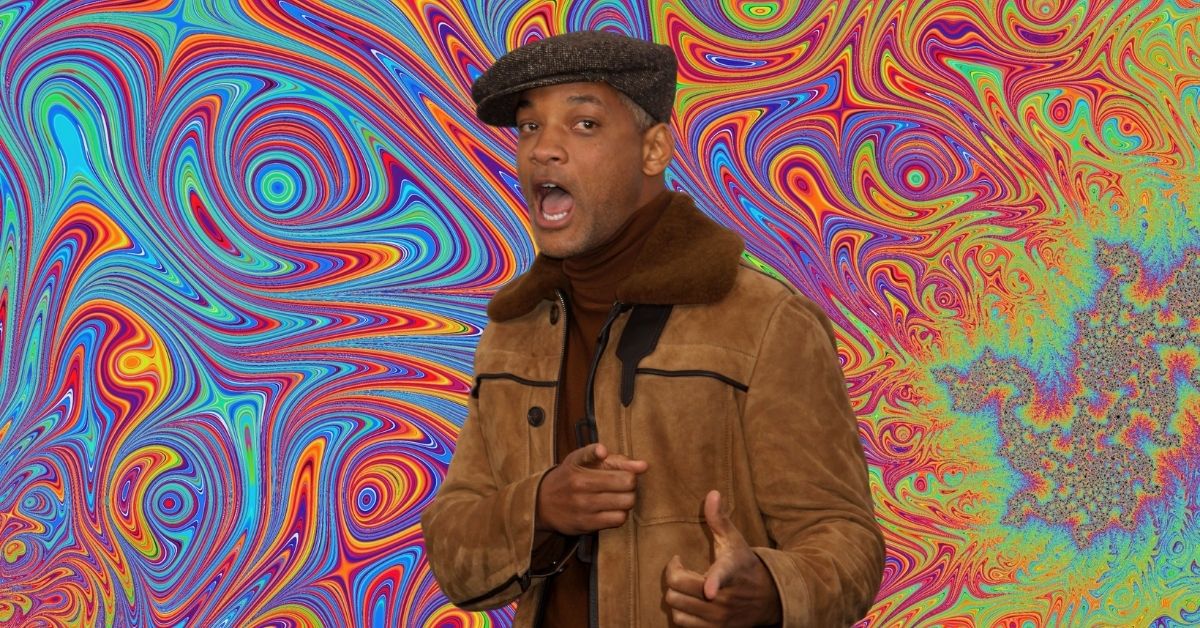 In his new book, Will Smith reveals the many ways he tried to get over breaking up with Jada Pinkett Smith during their 2011 split.

One of the ways was getting help from a shaman and taking a hallucinogenic drug called ayahuasca.

Not the Fresh Prince!!!

He writes in the book “Will,” released today via Penguin Press, that he sipped on this psychotropic tea, saw visions as a result, and met with an “unseen woman” that he called “Mother” that visited him eight out of the 14 times he tripped.

The GRAMMY winner wrote that after an hour of sipping, he felt that he “was floating deep in outer space” and “was trillions of light-years away from earth.”

He did gain some profound insight about who he was and how beautiful a human being he is.

According to the book, Smith talked about the immediate events before they broke up.

He had planned a big celebration for her, even after she asked him not to. He created a documentary about her family, including audio recordings of his deceased grandmother Helen Bright, hired one of Jada’s favorite artists to do one-of-a-kind paintings, and even invited Mary J. Blige, the Queen of Hip-Hop Soul to sing.

But she didn’t want that.

He explained that his wife said nothing. “Not a ‘thank you,’ not an ‘I loved it,'” but did after a shower, yell to him, “CANCEL IT NOW! … [this party is] the most disgusting display of ego I have ever seen in my life.”

While this sounds like the end of one of rap music’s favorite couples, it was actually the beginning of them both learning to love each other on terms that work for both of them.

“Will” is on stands now.