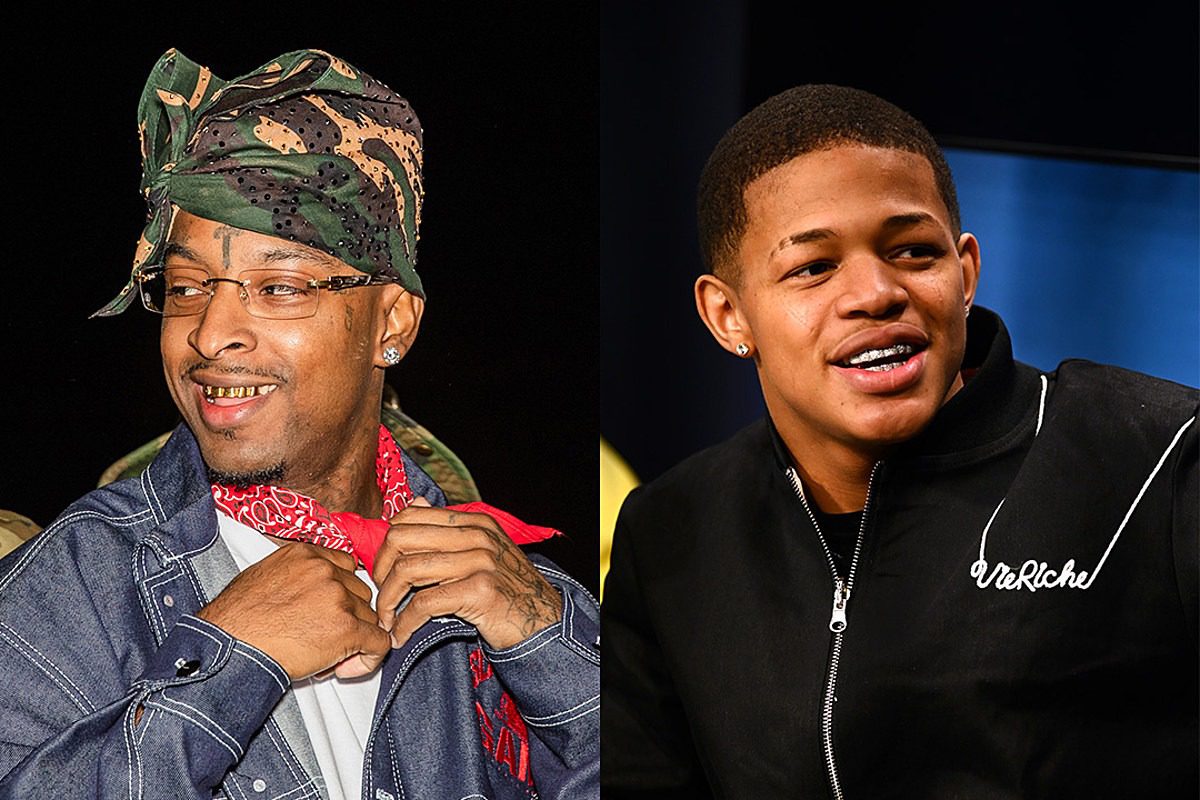 21 Savage is not trying to let YK Osiris live after the Jacksonville, Fla. artist flaunted his custom Gucci jacket online.

After 21 Savage and Mustard roasted YK Osiris via Instagram for his not exactly matching tan-colored two-toned Gucci outfit, 21 has doubled back to hit up the 22-year-old singer for more. The biggest topic of the conversation was Osiris' red leather and tan Gucci monogram biker jacket. During an Instagram Live on Thursday (Jan. 7), 21 continued his playful verbal attack against the former 2019 XXL Freshman.

In the conversation, the Savage Mode 2 rapper compared Osiris' Gucci jacket to a designer suitcase.

"I'm finna call Gucci and tell them take them off the shelf, man," 21 began. "We don't want to see them muthafuckas ever again. You done fucked them up. Them muthafuckas are two different colors. They aren't even the same brown."

Amid 21 Savage's roast session, the "Worth It" crooner defends his style choice. However, 21 does not back down. "Throw that shit away," he insists.

Before leaving the two-way Instagram Live chat, the Atlanta rapper offers one more insult before making his exit from the livestream.

The jokes stem from when Osiris, who was recently maced during a concert in his hometown, posted a video of himself on Instagram strutting down a hallway wearing his custom Gucci jacket and Gucci designer pants on Tuesday (Jan. 5). In the clip, YK Osiris says, "Aye 20 21, I'm the new king of R&B, baby." 21 Savage commented on the post, "Take dat shit off bro for I call mustard."

Mustard reposted YK Osiris' video flaunting his jacket and jokes that the official Gucci brand doesn't make the jacket the singer is wearing in his video. "Gucci don't make that, Osiris," the Californian producer says while laughing hysterically. "Take that shit off. Why would you do that?"

The Def Jam affiliate then went on social media to explain his outfit after receiving backlash over the coat. "Y'all niggas so stupid. Made by Exclusive Gang. And y'all know my boy. [It's a] customized jacket. Y'all niggas be talkin' all that bullcrap," Osiris stated.

Afterwards, Mustard explained that he was just joking. "Look, man. It wasn't about the jacket," Mustard said. "It was about the outfit. It was a bad outfit, man. I don't why we're making this a big thing. It was a joke, man. It's just a joke. We're joking. Just like if my little brother walked out the house with that shit on, I would be like 'Bro, that outfit is horrible. Take that off.'"

While all the teasing seems like it could be a little harsh, it's all jokes between the three artists. Watch YK Osiris' Instagram Live below where he speaks with both Mustard and 21 Savage. 21's comments start at the 2:30-mark.

These Rappers Prove Best Friends Do Exist in
Hip-Hop