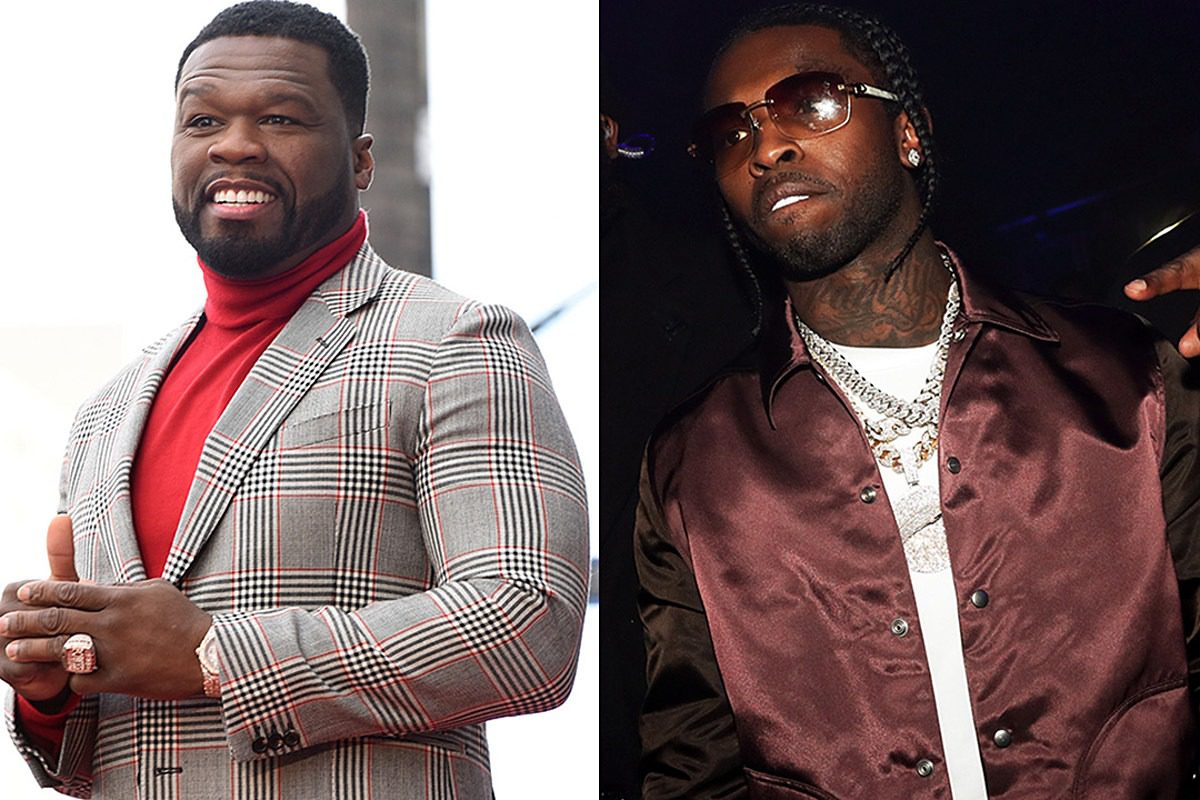 50 Cent is on the hunt to find new cover art for Pop Smoke's debut album and he's welcoming artwork done by fans.

On Tuesday (June 30), Fif posted countless potential covers for Pop Smoke's posthumous debut album, Shoot for the Stars, Aim for the Moon, which is set to drop this Friday (July 3). 50 asked fans to rank the redesigned images from one to 10 to help him decide which cover is the best.

The G-Unit Records founder, who announced months before the impending release that he would be executive producing the fallen rapper's LP, has decided to take matters into his own hands after fashion designer Virgil Abloh's original cover art received backlash yesterday.

In a post uploaded to Instagram on Monday, the "Candy Shop" rapper called for the founder of the Off-White brand to redo the album cover.

"Hey Virgil, we need new album art," Fif wrote in an IG caption. "They ain't going for this bullshit. Love ya work, let's get to it. Steven, I told you this shit was eww let get it right!."

50 Cent's call for fans to choose a new image for Pop Smoke's Shoot for the Stars, Aim for the Moon album comes after the Abloh-designed album cover was bashed on the internet. The image features the Brooklyn native surrounded by edited barbed wire and metal roses, which fans of Pop criticized intensely via social media. Shortly after the backlash began to overtake Twitter and Instagram, it wasn't long before Steven Victor, the head of Pop's label Victor Victor Worldwide, told fans the artwork would be replaced before the LP's official release.

There has yet to be a formal announcement about an official replacement.

Which prospective Pop Smoke design will become his album cover? Check out some of the potential artwork for Pop's debut album that 50 Cent shared on IG below.