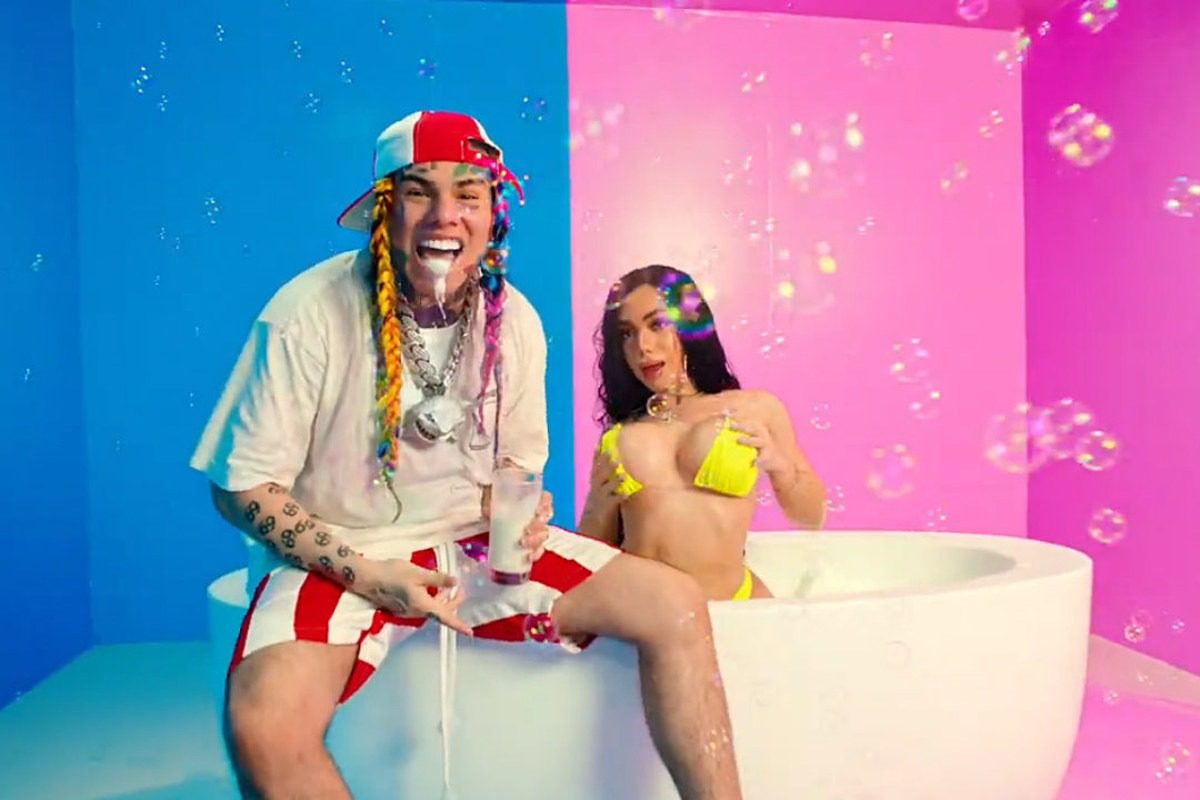 6ix9ine has dropped his third record since being freed from prison ahead of his scheduled release date due to the coronavirus pandemic.

On Wednesday (July 1), Tekashi announced that he'll be delivering a new song and video for a track titled "Yaya" this afternoon (July 3), and the track has arrived.

For his latest single, 6ix goes the Latin route, choosing to rap in his native tongue on the Ramoon-produced party track. This adds credence to reports that Tekashi is also working on a Spanish LP.

"Una nena asi me hacia falta/Que metiera mi mano por su falda/Se ve que no es santa/Es como yo que le gusta la maldad," he raps, which translates in English to, "I needed a girl like that/To put my hand in her skirt/It is seen that she is not holy/It's like me who likes evil."

As usual, 6ix9ine delivers a charged-up, colorful video that was filmed in his home featuring scantily-clad women who are clearly not adhering social distancing.

Last month, 6ix9ine partnered up with Nicki Minaj to release their record "Trollz." Following an Instagram Live session, in which the Brooklyn rapper called out some of his fellow hip-hop artists including Meek Mill and Future, Tekashi premiered the video for him and Nicki's track. Days later, Tekashi and Nicki dropped an alternate version of the record, which consisted of a new verse of Nicki that she said was the first verse she penned for the track. Her bars that appear on the official release of "Trollz" was the eleventh verse she wrote for the song.

Shortly after releasing the official version of "Trollz" on June 12, the track debuted at No. 1 on the Billboard Hot 100. The effort knocked DaBaby and Roddy Ricch's "Rockstar" to second spot on the chart while Lil Baby's "The Bigger Picture" debuted at No. 3. However, about a week after topping the chart, "Trollz" plummeted to No. 34, marking the largest drop of a No. 1 song on the chart, ever.

Before "Trollz," 6ix9ine released "Gooba" on May 8, a little over a month after he was released from prison onto home confinement.

Tekashi, who is serving out the remainder of his sentence on federal racketeering and firearms charges at home, has less than 30 days left of being on house arrest.