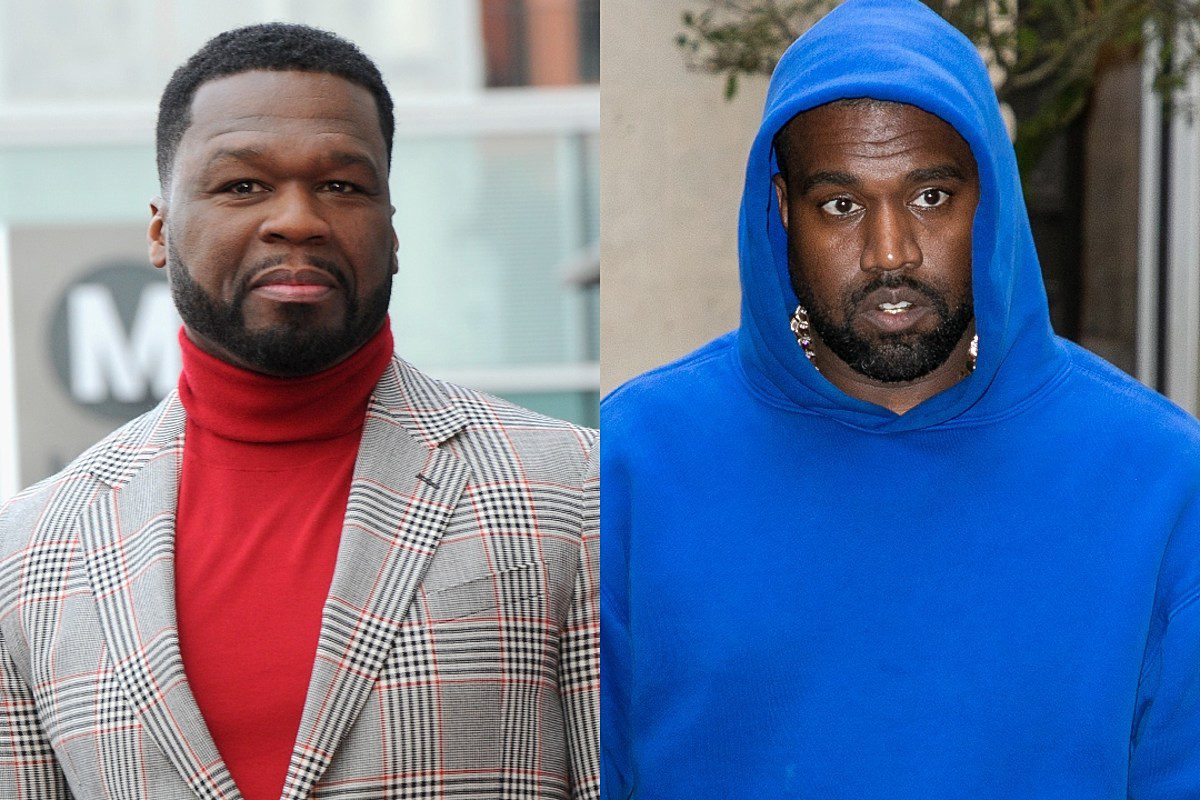 50 Cent has weighed in on Kanye West's most recent outbursts, in which the 43-year-old rapper ranted in over 20 tweets about Kim Kardashian, Kris Jenner, Drake and more.

Late Monday night (July 20), Fif shared a photo of the Graduation rhymer's tweets where he accused his wife, Kim Kardashian, of trying to involuntarily commit him for fear of a mental breakdown. In a post shared to the social media platform, 50 encouraged ’Ye to be silent about his family matters.

50 responded to a tweet Kanye West sent out last night, where the rhymer claimed Kim was looking to lock him up due to his recent behavior.

"Kim was trying to fly to Wyoming with a doctor to lock me up on the movie Get Out because I cried about saving my daughter's life yesterday," ’Ye wrote on Twitter.

In the two weeks since Kanye West announced he would be running for president in the 2020 election, the rapper has begun to exhibit concerning behavior. Earlier this week, the father-of-four hosted a rally in the hopes of making it onto the South Carolina voting ballot. In a livestream of the event, Kanye was seen arguing with attendees and making controversial comments about Harriet Tubman. Reports have also speculated that Kanye West has been experiencing a bipolar episode during this time.