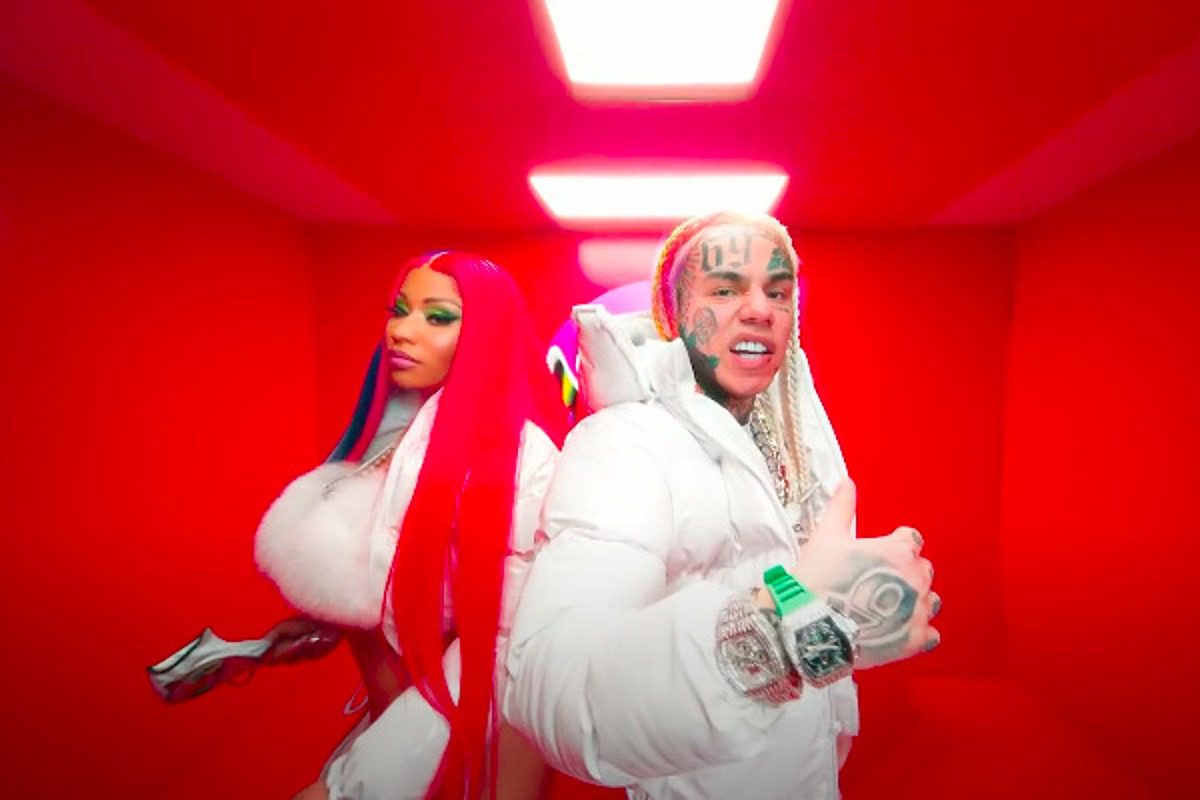 6ix9ine and Nicki Minaj rallied their fans to help them get a No. 1 record, but things quickly changed a week later.

6ix9ine and Nicki's "Trollz" officially topped the Billboard Hot 100 chart on June 22. However, the following week, on Monday (June 29), the "Fefe" collaborative took a plunge on the Hot 100, landing at the 34th spot on the chart. Nicki and Tekashi's fall from No. 1 is one of the most significant drops in Billboard history.

According to Forbes, the record plummeting down to No. 34 is partially related to physical sales. In the song's first week, "Trollz" sold 116,000 copies, marking one of the biggest weekly debuts since May 2019. The music and merch bundle created by the two New York rappers also contributed to their success, but unfortunately, the hype did not transfer over to the next week.

Last week, while celebrating his victory with Nicki Minaj, 6ix9ine ranted about how he could not be stopped despite the music industry trying to blackball him.

There is no denying the shock value that came with Nicki Minaj and 6ix9ine's "Trollz" brought in a lot of spectators. Nonetheless, the song's momentum has curtailed, which is reflective of their current Billboard placement.