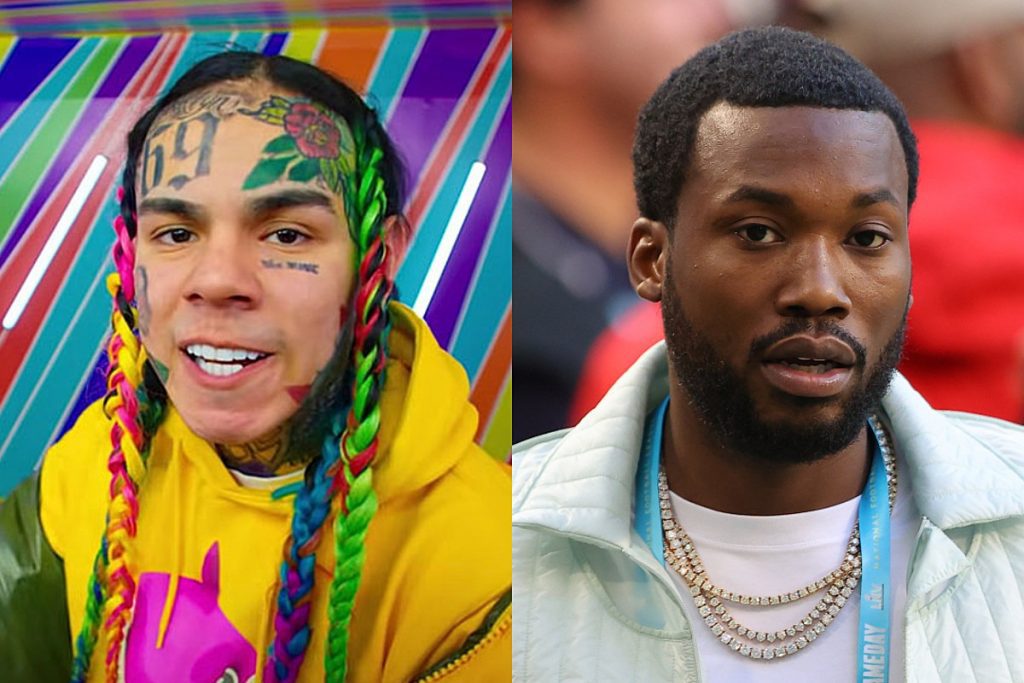 6ix9ine appears to call out Meek Mill in judgment for not protesting in a new post on Instagram.

On Friday (June 5), 6ix9ine wrote a post alluding to Meek Mill's newly released single, "Otherside of America," which features a clip from a controversial Donald Trump speech. The track was released earlier this morning and presumably responds to public unrest about the treatment of Black people in America.

The rapper also goes in on Meek for not getting out to protest in the wake of George Floyd's death last month.

"If Kanye, who is way more famous than all these rappers is outside protesting with the people, why is the wannabe Martin Luther King Not but has no problem dropping a song," Tekashi wrote on the post.

In the upload's caption, the "Fefe" rapper wrote, "BUT YOU THE VOICE FOR THE STREETS YOU FUCKIN CLOWN."

This is not the first time the two East Coast rappers have gone head-to-head on social media.

In early May, prior to the release of "Gooba," 6ix9ine's first single after being released to home confinement to finish out his prison sentence following his arrest on federal racketeering charges in 2018, the rhymers exchanged words via social media after the Roc Nation affiliate called out the 24-year-old rapper on Twitter.

"I hope that rat going live to apologize to the people he told on or the victim…," the "Dreams and Nightmares" MC wrote. "Y'all forgot that fast a "rat" killed Nipsey. He wasn't supposed to be on the streets! That's the only thing I'ma say because he's dead… left his baby mom and childlike a coward as targets!"

6ix9ine quickly responded, writing back, "Imagine having a newborn baby come into the world and be pressed about a Mexican with rainbow hair."

This resulted in Meek and 6ix9ine going back-and-forth on the internet for several days last month. Then 6ix9ine dragged Meek Mill's ex, Nicki Minaj, into the conversation.

Meek has yet to respond to 6ix9ine's most recent comments.