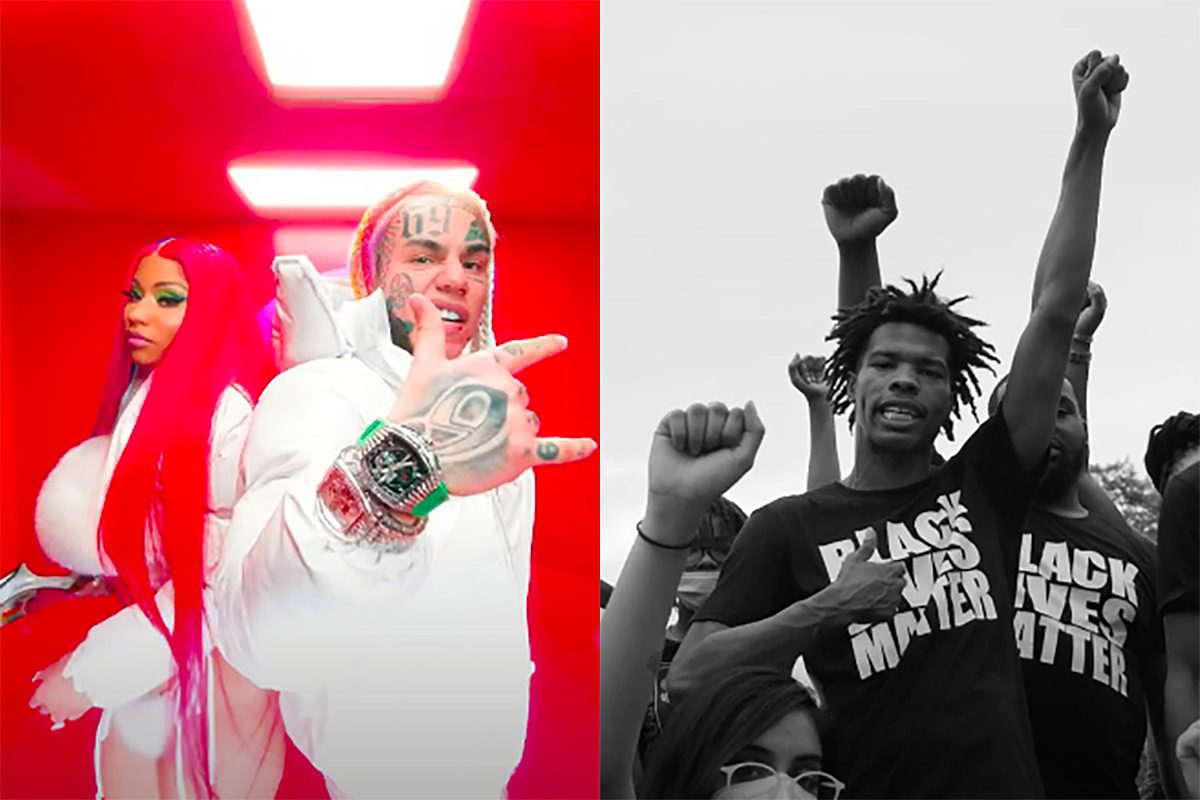 People on social media are raising questions regarding the popularity of the video for 6ix9ine and Nicki Minaj's collab "Trollz" over Lil Baby's Black Lives Matter protest song "The Bigger Picture."

A Twitter conversation took place on Sunday (June 14), in which social media users took issue with Tekashi and Nicki's "Trollz" video having over 60 million more YouTube views than the visual for Baby's racial injustice-focused record "The Bigger Picture." At the time of the Twitter discussion, Lil Baby's video had 2.4 million views while Nicki and 6ix9ine's visual had 63 million. Now, the latter has over 89 million views and Baby's has 5.8 million.

A bulk of the conversation criticizes people not placing enough importance on a record that addresses racism and police brutality following the countless killings of Black men and women by law enforcement.

"It's simple, this generation glorifies clown shit," one person wrote.

Another tweeted, "The comparison in views tells me that y’all value fake shi over real shi," including an emoji of a girl with a hand covering her face.

Rapper Katori Walker even chimed in on the conversation, writing, "This is what happens when we rather be entertained than informed."

In the "Trollz" video, 6ix9ine and Nicki are seen in front of rainbow backgrounds while Tekashi holds stacks of money as he shows off his diamond studded teeth and house arrest ankle monitor. The Queens, N.Y. MC spits her bars while topless with colorful stars pasties on her breasts and also twerks in a small red jacuzzi.

Lil Baby's video takes place at a Black Lives Matter protest in his hometown of Atlanta. The Quality Control artist stands among other protesters demanding change and racial equality following the murders of George Floyd and many others. Following the release of the video, Baby also announced that he will be donating proceeds from "The Bigger Picture" to The Bail Project, National Association of Black Journalists, Breonna Taylor's legal costs and Black Lives Matter.

As of Monday (June 15), "Trollz" has received over 89 million views on YouTube while "The Bigger Picture" has nearly 6 million. Both visuals dropped on June 12.

See more reactions to "Trollz" having over millions more views than "The Bigger Picture" below.