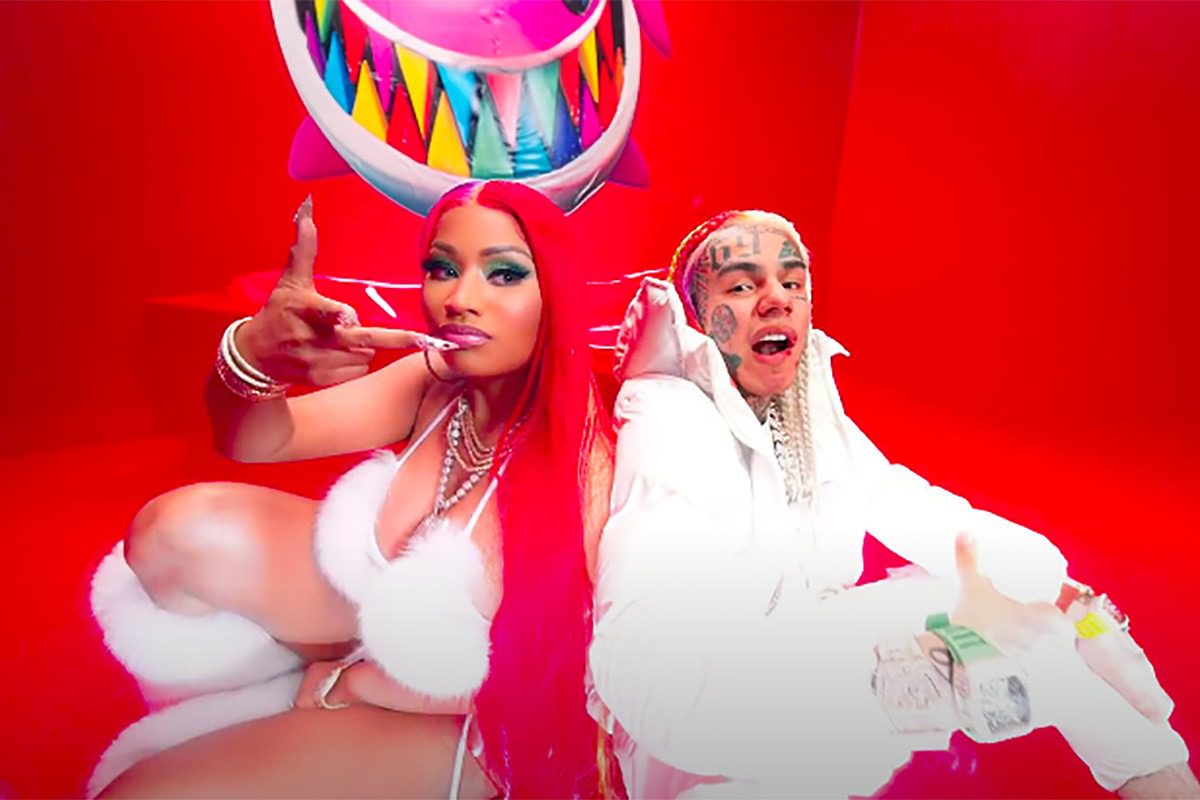 6ix9ine and Nicki Minaj's new "Trollz" video almost made it to the YouTube record books, but not quite.

On Monday (June 15), a rep from YouTube confirmed with XXL that the visual for Tekashi's latest single received 32.5 million views in a day, trailing behind his post-prison debut "Gooba" by 6.4 million views.

According to YouTube's 24-hour record debut policy, "Videos eligible for YouTube’s 24-hour record debuts are those with the highest views from organic sources within the first 24 hours of the video’s public release. This includes direct links to the video, search results, external sites that embed the video and YouTube features like the homepage, watch next and Trending. Video advertising is an effective way to reach specific audiences with a song debut, but paid advertising views on YouTube will no longer be considered when looking at a 24-hour record debut."

6ix9ine celebrated the feat he thought he achieved with a different number on Saturday night (June 12), posting the info on Instagram. It appears that the official numbers had not been confirmed by him at that time.

"@nickiminaj DIDNT THEY CANCEL US ⁉️⁉️IT HASNT EVEN BEEN 24 HOURS YET," he wrote as the caption for an edit showing the video with 46 million views before the 24 hours had passed. The post, however, has since been deleted.

Tekashi was attempting to establish a new benchmark with "Trollz" that he set back in May. The video for his single "Gooba" earned 38.9 million views in its first day out, breaking a 24-hour viewership record previously held by Eminem's "Kill Shot" video with 38.1 million views.

Of course, 6ix9ine's new video came with some controversy. Prior to releasing the single late last Thursday night (June 11), the Brooklyn rapper hopped on Instagram Live and attempted to air out the likes of Meek Mill, Snoop Dogg and Future. Nicki stans added to the issue by going after Meek on social media following Tekashi's rant. The music video itself has raised some eyebrows with many fans believing it contains proof that Nicki Minaj is pregnant.

6ix9ine has recently teased another new record, a sequel to Akon's 2004 hit "Locked Up," which has received mixed reviews. He is currently working on his sophomore album.