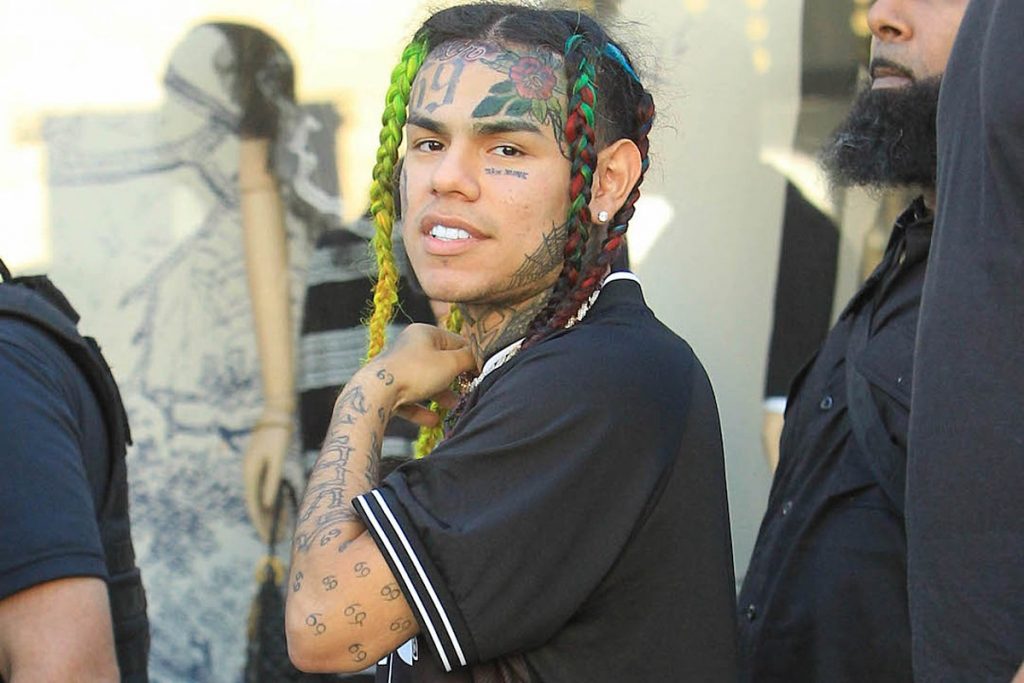 6ix9ine is sounding off on what he'd be doing if he wasn't on home confinement.

During an Instagram Live session on Thursday (June 4), Tekashi said that if it wasn't for him currently being on house arrest following his early release from prison due to coronavirus concerns, he would be outside. When the topic arose of someone saying that 6ix9ine could have all those cars he owns, but he isn't outside, the Brooklyn native replied that it's because he is on house arrest.

"I can't go outside," he says. Tekashi went on to add that once he is off of home confinement, things will be different because he will have his freedom back.

"Like, outside," 6ix9ine continues. "Like, outside, outside. I would be driving my cars." His comments come as a majority of the country is still adhering to state-ordered coronavirus quarantines.

6ix9ine received a compassionate release from prison to home confinement back in April. At the time, a judge granted the "Gooba" rapper's early release due to his medical condition. Tekashi, who battles asthma, would have had a difficult time fighting the virus had he contracted it while behind bars.

Just before 6ix9ine's official release, his attorney, Lance Lazzaro, had written a letter to the judge asking for the rapper to be freed from prison. The judge did not have the authority to grant Lazzaro's request and advised Tekashi's legal team to file for a compassionate release with the Bureau of Prisons. The BOP, however, was unable to approve the request because the prison where Tekashi was being held is not operated by them.

6ix9ine was released on April 2 and will serve out the remaining four months of his prison sentence at home. He was originally scheduled to be released on Aug. 2.

Despite Tekashi being on house arrest, the rapper is keeping busy. He has dropped his track "Gooba" and is expected to release a new video next week.