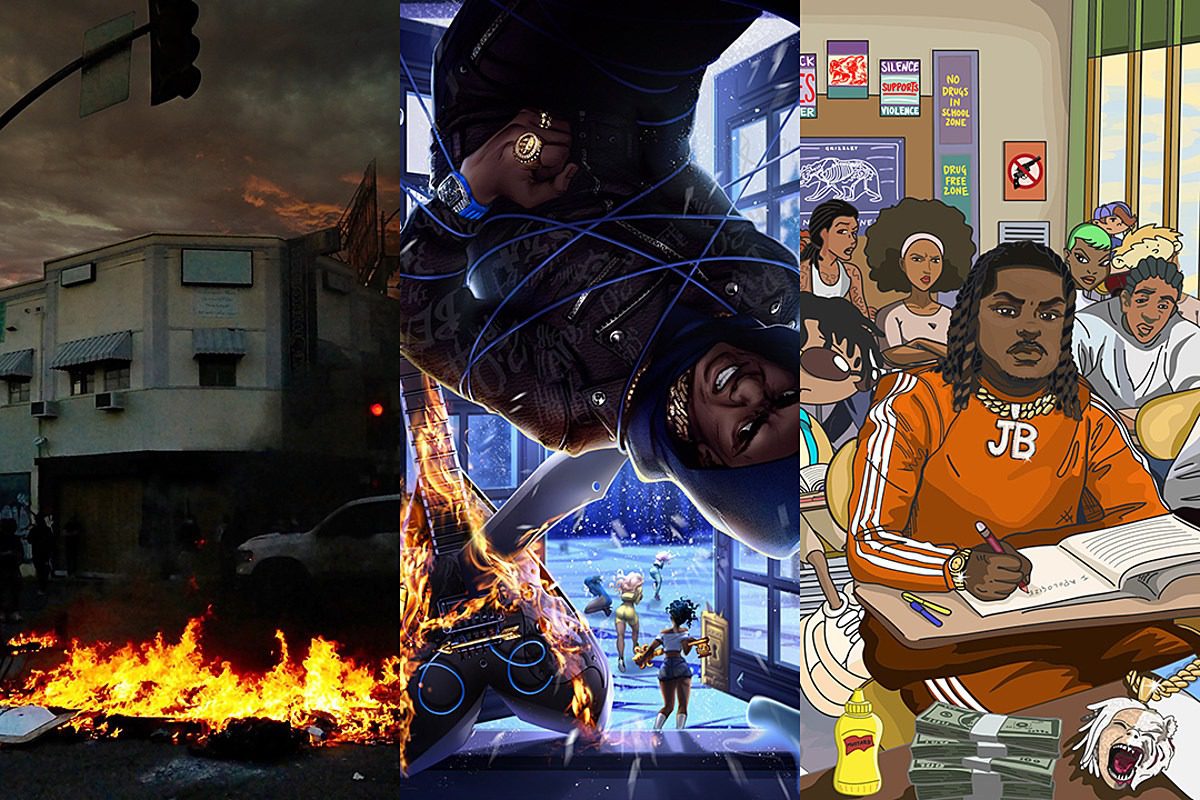 Summer is creeping in on June 20 and some of your favorite artists are delivering new music to blast in your speakers while enjoying the warm weather. There's a deluxe album from a melodic rapper from the Bronx, a new EP from a Washington, D.C. native and a Detroit-bred spitter is dropping off a mixtape as well.

A Boogie Wit Da Hoodie is following up his Valentine's Day release, Artist 2.0, with a deluxe edition featuring nine new tracks. The soon-to-be father of two announced the new album earlier this month, thanking his fans for their patience and support. He also leaked his own track "This Time" on Thursday (June 18) after revealing that he was unable to clear the sample from Michael Jackson's "They Don't Really Care About Us." However, the track is no longer available via SoundCloud. The new LP also features an appearance from the late Pop Smoke on the track "Bleed," which A Boogie offered earlier this week as he hyped up fans for the new drop.

Wale returns with his new EP, The Imperfect Storm. The DMV rapper announced his new music via social media early Thursday morning, sharing the cover art, which shows a building, a white truck, bystanders and flames. The tracklist features six songs and no guest appearances. On the new tape, the D.C. MC touches on the country's current climate and the nationwide civil unrest as he was recently seen on the frontlines at protects for racial equality in Los Angeles. This new release follows his 2019 album, Wow… That’s Crazy,

Tee Grizzley drops his new mixtape, The Smartest. The 17-track tape comes nearly a year after his Timbaland-produced project Scriptures. The D-Town spitter has guest appearances from fellow Detroit rapper Big Sean as well as Lil Baby, Lil Keed, Meek Mill and Queen Naija with members of the Detroit Youth Choir on the track "Mr. Officer," which addresses police brutality. The mixtape also has production from DJ Mustard, Hit-Boy, Scott Storch and more.