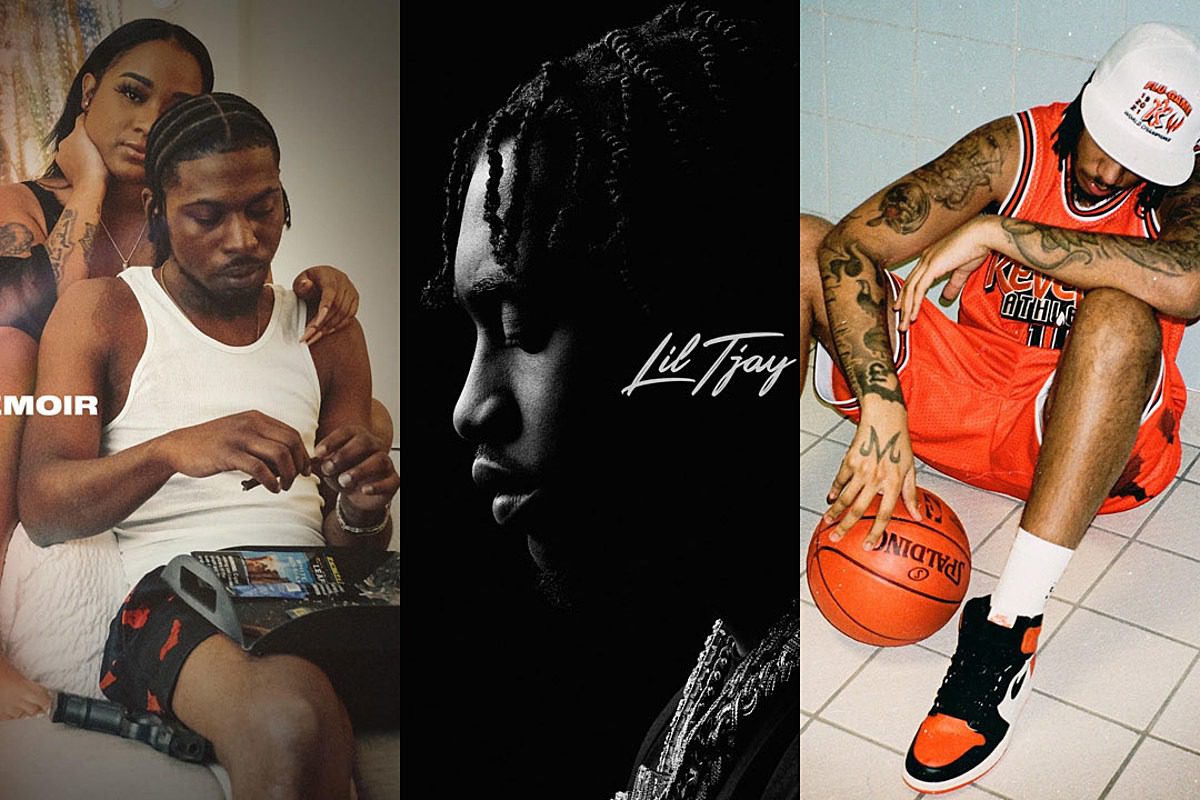 March ushered in a ton of new projects from Benny The Butcher and Harry Fraud with The Plugs I Met 2 to Guapdad 400 and !llmind's 1176 and much more. The month of April continues with solid new releases.

Kicking off a fresh new month, the self-proclaimed Prince of New York, Lil Tjay, is set to deliver his sophomore album, Destined 2 Win, on April 2. Fellow 2020 XXL Freshmen Polo G and Fivio Foreign as well as Atlanta native 6lack are expected to appear on the 20-track album. Destined 2 Win comes two years after the 19-year-old artist dropped his debut LP, True 2 Myself, in 2019. The upcoming effort includes pre-released tracks "Headshot" featuring Polo and Fivi, and "Calling My Phone" with 6lack, which peaked at No. 3 on the Billboard Hot 100 chart last month. Both songs showcase Lil Tjay's duality and ability to create heartbreak and street code-related music, which fans will receive more of on this upcoming project.

On April 16, U.K.-bred rapper AJ Tracey will be dropping Flu Game, inspired by Michael Jordan's NBA Finals game against the Utah Jazz on June 11, 1997, in which he scored 38 points and helped the Chicago Bulls win the championship while experiencing flu-like symptoms. To promote the album, Tracey parodied a sports press conference where he can be seen holding up a red-and-black jersey with his name on the back. AJ Tracey's impending release features several other artists from across the pond as well as rappers from the States, too. T-Pain appears on "Summertime Shootout" while SahBabii and Millie Go Lightly are featured on "Numba 9." Flu Game follows the 2020 release of AJ's Secure The Bag! 2 project.

Also coming next month is Caleb Brown's Nevaeh: A Memoir, which arrives on April 16. The Baton Rouge, La. native's new effort features production from Mike N Keys, Don Cannon, Taebeast, Super Miles and more. The 14-track project also contains Brown's "Songs About Girls II" with Kay Franklin as well as "History" featuring CS Armstrong, "Pretty Lady" and "He Say She Say," to name a few. Nevaeh: A Memoir will be the second project the rhymer has offered this year. Back in January, he rereleased a chopped and screwed version of This Thing of Ours with Jose Xavier. Last year, he delivered the solo effort Kool featuring eight tracks, including the standout banger "100 P's."

As Lil Tjay, AJ Tracey and Caleb Brown prepare to unleash some new heat, check out the new albums arriving from Mello Music Group, DJ Drewski and more below.