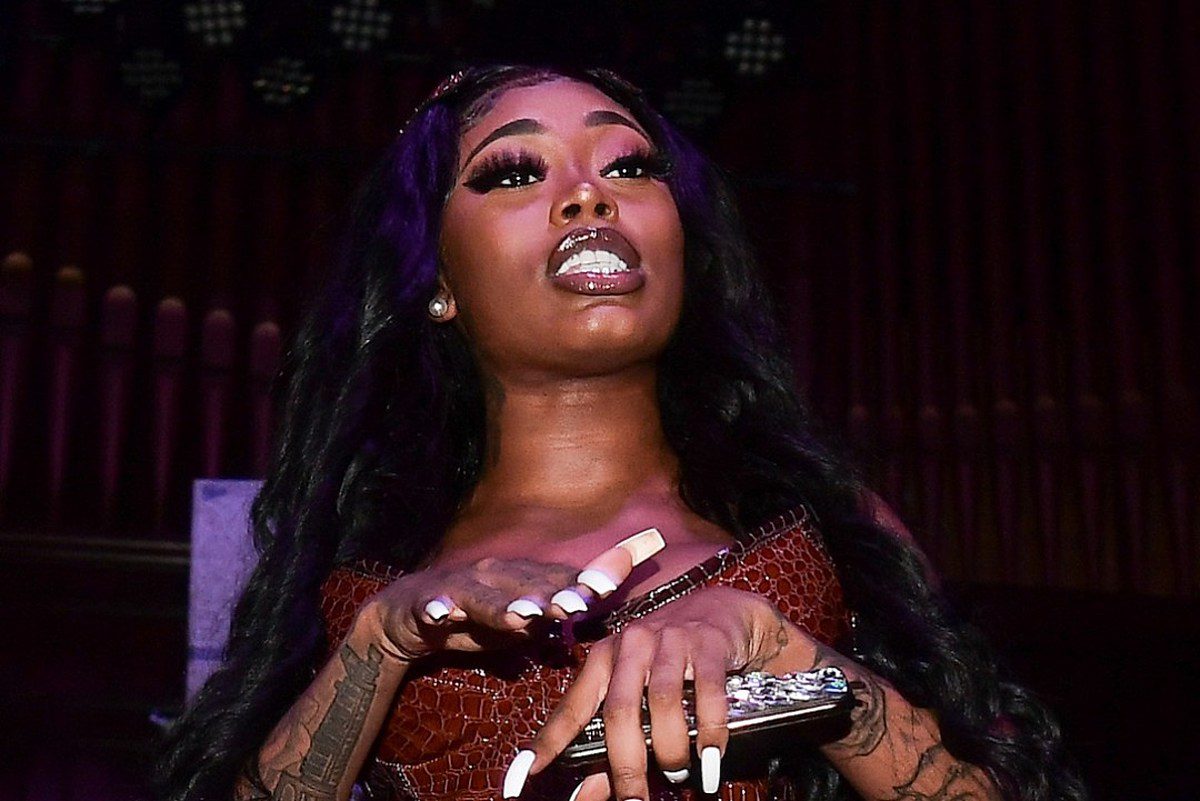 Following the altercation, Asian Doll jumped on her Twitter page to offer her side of what happened with the woman who tried to snatch her chain at an event. In a series of tweets, Asian called the offender "Ms. Dior" (the woman was wearing a Dior outfit during the fight) and claimed that she beat the woman up for attempting to steal her chain.

"Me touching the ground don’t even sound right Ms. dior & when they put you outside I ran after you & started beating you up 1 on 1 you ain’t even wanna fight no more fr bitch I go crazy in real life we all from the hood tf," she continued.

"I ain’t even speak on the situation nor was I mad because I literally got my 1 on 1 & WON [tears of joy emoji] ms. I needed that Shit but got knots instead[.]"

Asian concluded that she never fell to the ground during the fight but the woman who tried to snatch her chain was seeing stars during the fisticuffs.

"I'll never fall plus it’s to many niggas around me for me to even hit the ground," she wrote. "After she reached that bitch saw nun else but stars [tears of joy emojis] don’t let the Santa clause off Friday after next lie to y’all [cry laughing emoji] that bitch was stressed & almost Died."

Asian Doll found herself in a physical altercation with a person who tried to snatch her diamond-flushed chain.

On Sunday (Aug. 21), a video surfaced of Asian Doll grappling with another female who apparently tried to snatch her diamond-encrusted necklace. In the clip, Asian is clearly holding on to the woman as onlookers watch and film the altercation.

During the fight, Asian Doll is seen kicking the failed chain snatcher and saying, "Dumb bitch, are you stupid?" Another person, who is filming the fight, yells, "Stop playing with them Asian, turn that shit up Asian. On blood, turn that shit up, Asian!" Thankfully, security jumps in and separates the two women and rushes Asian into an awaiting vehicle. Watch the video below.

Strangely, after the altercation, the offender jumps on her Facebook page to clarify what happened and—shockingly—explain her reasoning for trying to snatch Asian Doll's chain.

The woman explained there was no fight and she didn't get beat up. Apparently, during the scuffle, security picked her up from her neck and threw her down to the ground. She said initially she was trying to take a picture with Asian, but alleges that the Texas rapper was teasing her with her pricey chain.

“The whole time she was fucking with me," she said. “I’m snatching that shit. I grabbed that shit with all my might. That shit did not come off."

There's no word if the woman was trying to snatch Asian Doll's flushed-out diamond "BRAT" chain that she flaunts prominently on her Instagram account.

Nevertheless, the whole scenario is bizarre.

See Rappers Who Had Their Chain Snatched Over the Years