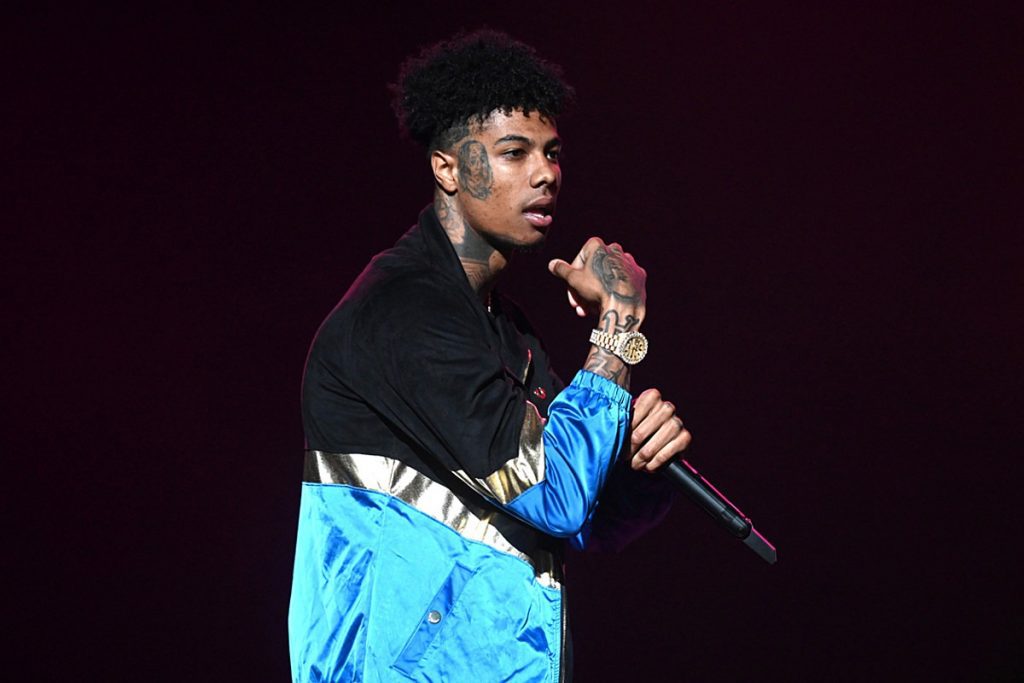 Blueface is under fire for a controversial comment about the killing of George Floyd.

On Friday (June 5), the California artist went furniture shopping at L.A. Furniture, sharing video of his spending spree on Instagram. The "Thotiana" rapper spent a smooth five figures on a luxury table set, rug and mirror, with his total coming to over $36,000.

"@la_furniture tell em blueface sent you lmao you can’t sit wit us cuz I just blue it on chairs 😂," he boasted in the caption.

On his Instagram Story, he shared further footage of himself cashing out. The remarks he made while doing some has many people pissed.

"Aye, cuh. Y'all tell them to give me that George Floyd discount, cuh," he told the employees of the store. "I need that Black Lives Matter discount."

Of course, this did not sit well with many people. A number of social media users called him out for his insensitive comments.

"Blueface is one disgusting ass human being. How dare you try to get a discount using George Floyd name and because your black and you laughed while saying all of it. Your a pussy bruh and y’all need to cancel his wack ass FRFR," one person on Twitter commented.

"Blueface stupid ignorant ass needs to get beat tf up I want to know who is supporting this coon ass niggas music can’t rap on beat to save his fucking like fuckin bootlickin Uncle Tom house negro ass bitch," someone else posted.

It appears the Cali rhymer may have reacted to the dust kicked up over his post. On Saturday (June 6), he wrote on his Instagram Story, "I'm so used to the hatred lmao. Go comment on my last post. Let me know how you feel about the famous cryp. I prolly wont read it but fucc it. I love y'all cuz. Free da mob SY."

Blueface's comments come less than a week after Tokyo Jetz was faced backlash for joking that she would "George Floyd" her associate, referring to the Minnesota man being asphyxiated by police last month. She has since given a tearful apology.