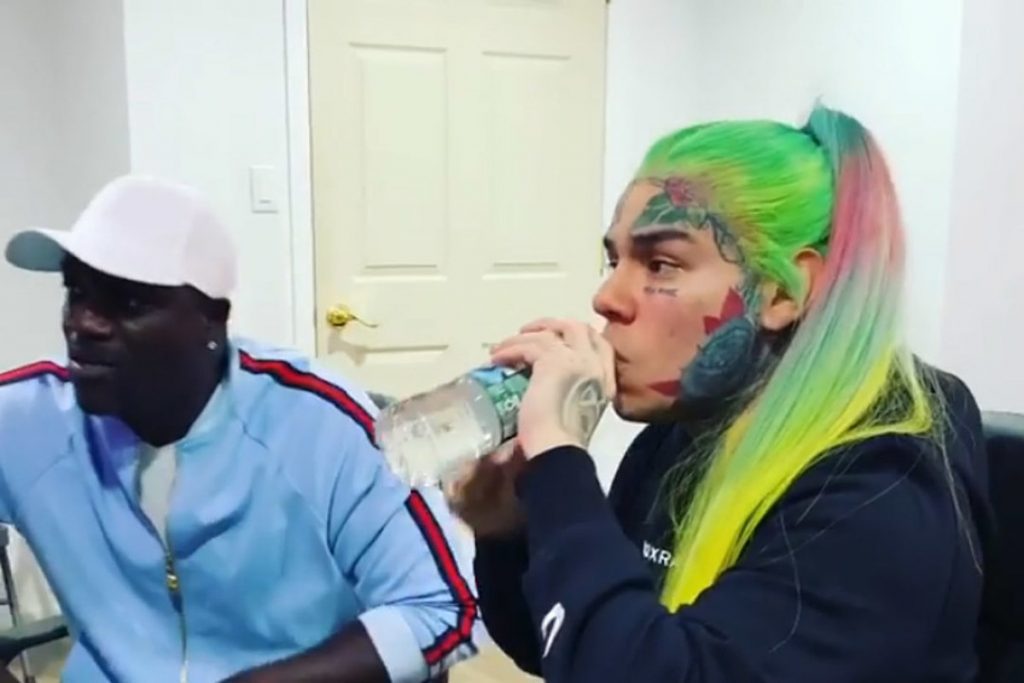 People have been wondering who would be the first artist to collab with controversial rapper 6ix9ine. Now, it looks like we have our answer.

On Sunday (June 7), Tekashi shared a preview of an upcoming track off his new album. The track is a remix of Akon's 2004 breakout single "Locked Up" featuring 'Kon himself. In the video clip posted to Tekashi's Instagram page, he and Akon appear to be in a home studio listening to the new version they created.

"Thinking 'bout the things that I did/Got me thinking, like, why the fuck I did that?/Got me wishing that I could take it all back," 6ix9ine croons while being hyped up by Akon. "Fighting with these demons/Barely even eating/Barely even sleeping/This shit got me tweekin'/Fighting with my lawyers for a better offer/Just want to see my daughter."

The Brooklyn rapper-federal informant captioned the clip, "100,000 comments if you want this, LOCKED UP PART 2 IM ON ALBUM MODE THIS ALBUM GOING CRAZYYYYYYY @akon."

The collab is not totally surprising, considering Akon defended 6ix9ine snitching on his former associates in the Nine Trey Gangsta Blood gang back in April. He also said he would like to work with the polarizing rhymer.

It looks like 'Kon stayed true to his word.

6ix9ne has been teasing a follow-up single to "Gooba" for a few weeks. Last week, he said he was delaying the release out of respect for Gorge Floyd protests.