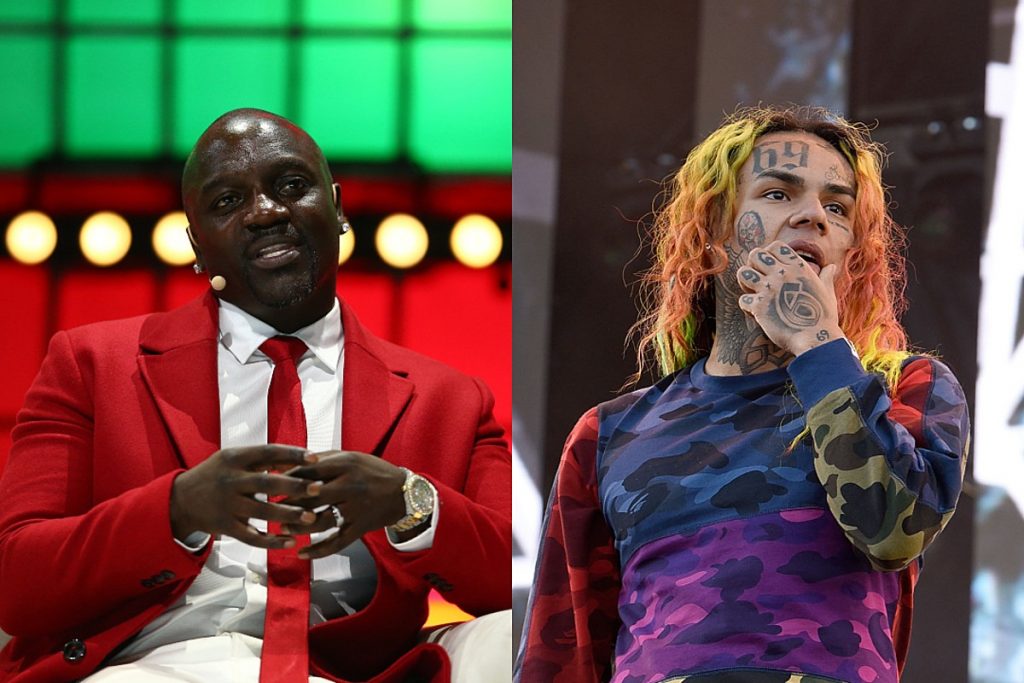 Akon fans are calling him out for collaborating with polarizing rapper 6ix9ine.

On Sunday (June 7), Tekashi teased an upcoming collab with 'Kon that will serve as a sequel to the 2004 hit "Locked Up." The move has caused a stir on social media, with Akon becoming a trending topic on Twitter. Many people are upset that the Senegalese-American artist decided to link with Tekashi who has been labeled a snitch for cooperating with the federal government to help take down the Nine Trey Gangsta Bloods gang. They let their ire be known.

"Akon lost all my respect," rapper Ice Billion Berg commented on Twitter. "I felt like he been looking down on Black Americans and him fucking with the enemy of the culture shows it."

"Akon…Black man, what is you doing…?" another person noted. "You disgraced all of Senegal for a Mexican in a wig to call you a nigga to your face?? 2020 is showing its whole ass dawg."

While the collab may come as a surprise to many, it shouldn't. Akon previously said he has no qualms about working with the controversial Brooklyn rhymer and even teased a possible collab back in April.

See fans react to Akon collabing with 6ix9ine on "Locked Up" sequel below.