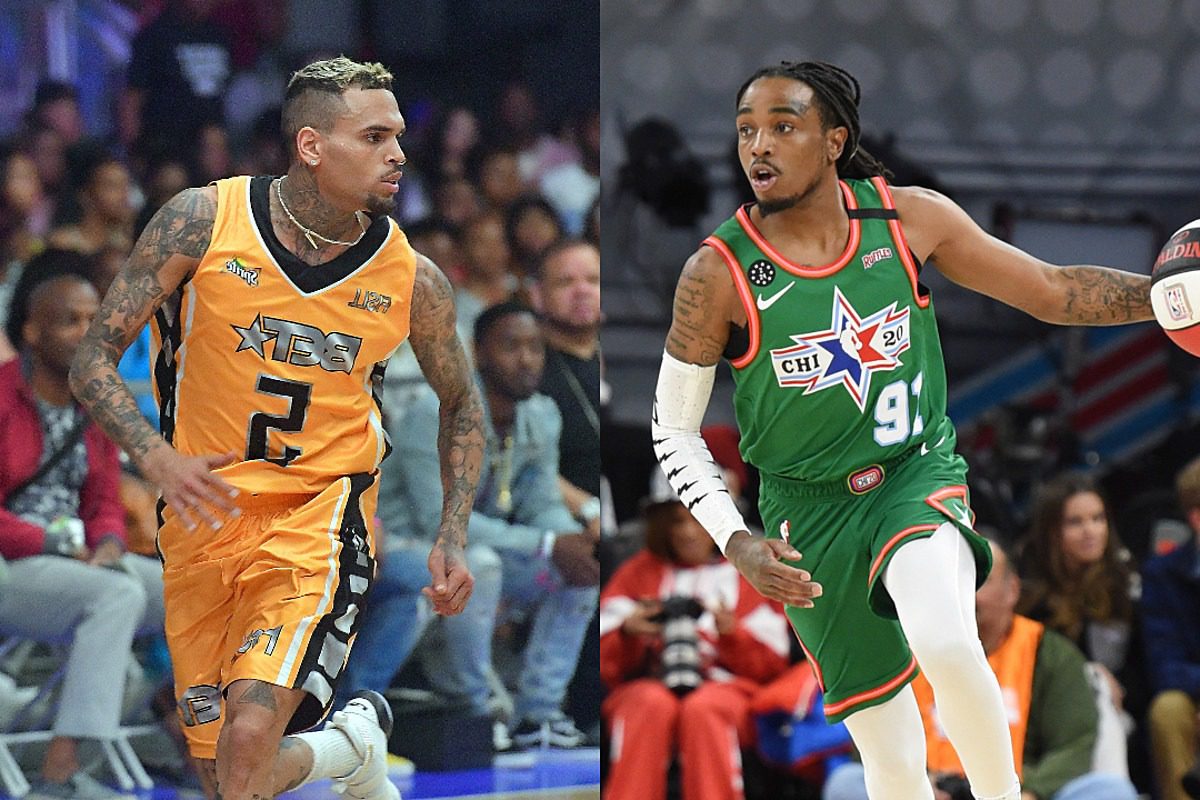 Quavo and Jack Harlow beat 2 Chainz and Lil Baby in Bleacher Report's Open Run basketball tournament on Saturday night (March 6). Though Huncho and Jack seemingly had their way with Chainz and Baby on their way to a 21-7 victory, someone who is not impressed is Chris Brown, who challenged the newly-crowned duo immediately after their win.

Shortly after Quavo and Jack earned the W, CB weighed in on his Instagram Story, implying the duo didn't want any smoke with him on the basketball court. "They knew who not to ask for on that 2 on 2 basketball," Chris posted. "I wouldve cooked Quavo and Jack! On my soul! Guess they wanted a smoke free zone."

Quavo, the 2018 NBA All-Star celebrity game MVP, got wind of Breezy's taunt and didn't back down. "Chris Brown ain't cookin nan," the Migos rapper posted on his IG Story. "Call next nigga!!"

Chris was quick to respond. "It ain't no next. I'm on now. Set it up lil nigga," he posted. "U know dis work different. Me and @AustinMcBroom vs the Lil Boys."

Quavo put up an impressive stat line on the night, notching 17 points, 14 rebounds and four blocks. The win earned the duo $500,000 and an additional $500,000 to donate to an HBCU of their choosing.

Chris Brown, who is known to put in work at celebrity basketball events, doesn't seem sold on Quavo and Jack. There also may still be some underlying tension between the two from their beef in 2017. Not only is Chris confident in his hooping skills, he claims there is no one who can beat him in a Verzuz challenge.