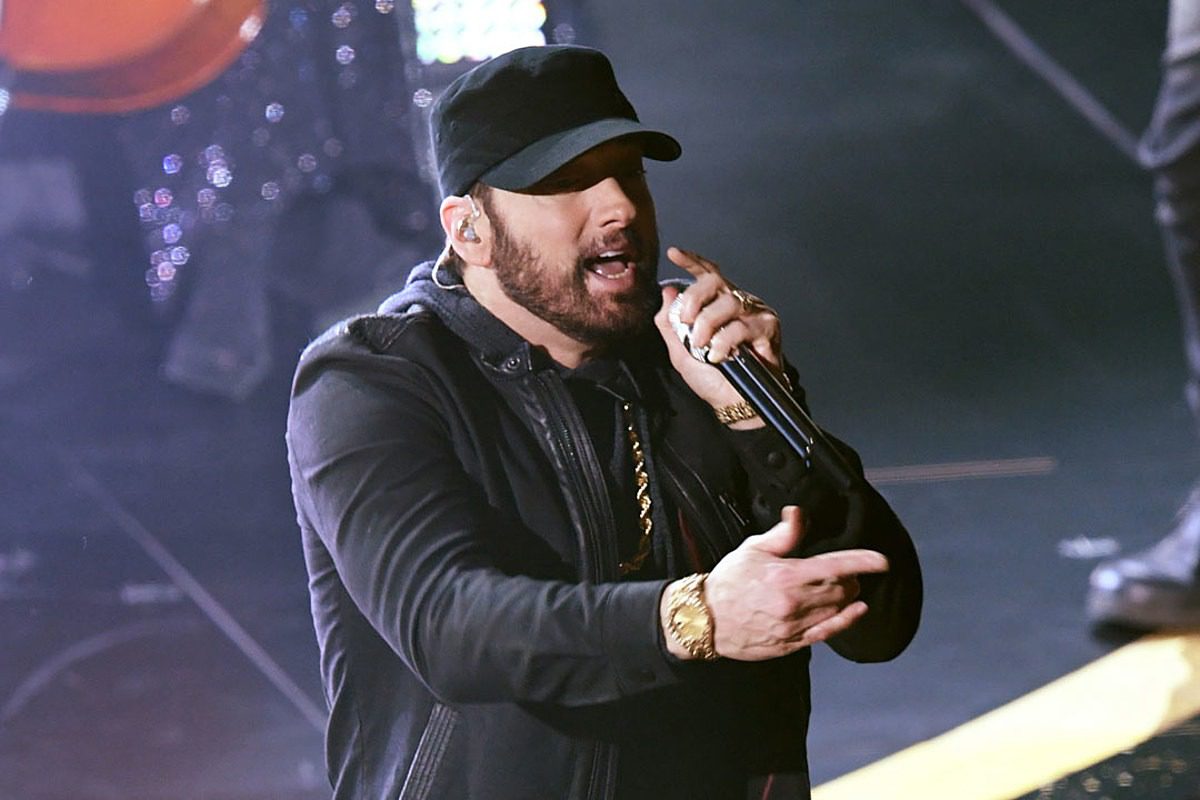 Eminem has been one of the most controversial figures in hip-hop for two decades and that doesn't appear as though it's going to change as long as he is still rapping. The rap veteran recently became the center on contention on TikTok over some decade-old lyrics, and he appeared to address the uproar with a new lyric video on March 5.

Last week, Shady was trending on TikTok after a fuss was made over lyrics from his 2010 song, "Love the Way You Lie" featuring Rihanna. "I know I'm a liar, if she ever tries to fucking leave again, I'ma tie her to the bed and set this house on fire," he raps on the particular bar. Many people pointed out how toxic the line is and argued it promoted domestic violence. Some started a campaign to cancel the 48-year-old lyricist.

Em did not address the new controversy directly. However, on March 5, he randomly put out a lyric video for his 2020 song, "Tone Deaf," from the album, Music to Be Murdered By – Side B, appearing to address his TikTok detractors. "'I won't stop even when my hair turns grey (I'm tone-deaf) / 'Cause they won't stop until they cancel me' #ToneDeaf lyric video up on my channel," he tweeted with the visual.

This isn't the first time recently that Eminem's old lyrics have come back to haunt him in the form of backlash. In 2019, a song called "Things Get Worse" leaked where he addressed Chris Brown assaulting Rihanna in 2009 and sided with Brown. He later apologized and admitted he didn't remember writing the lyrics.