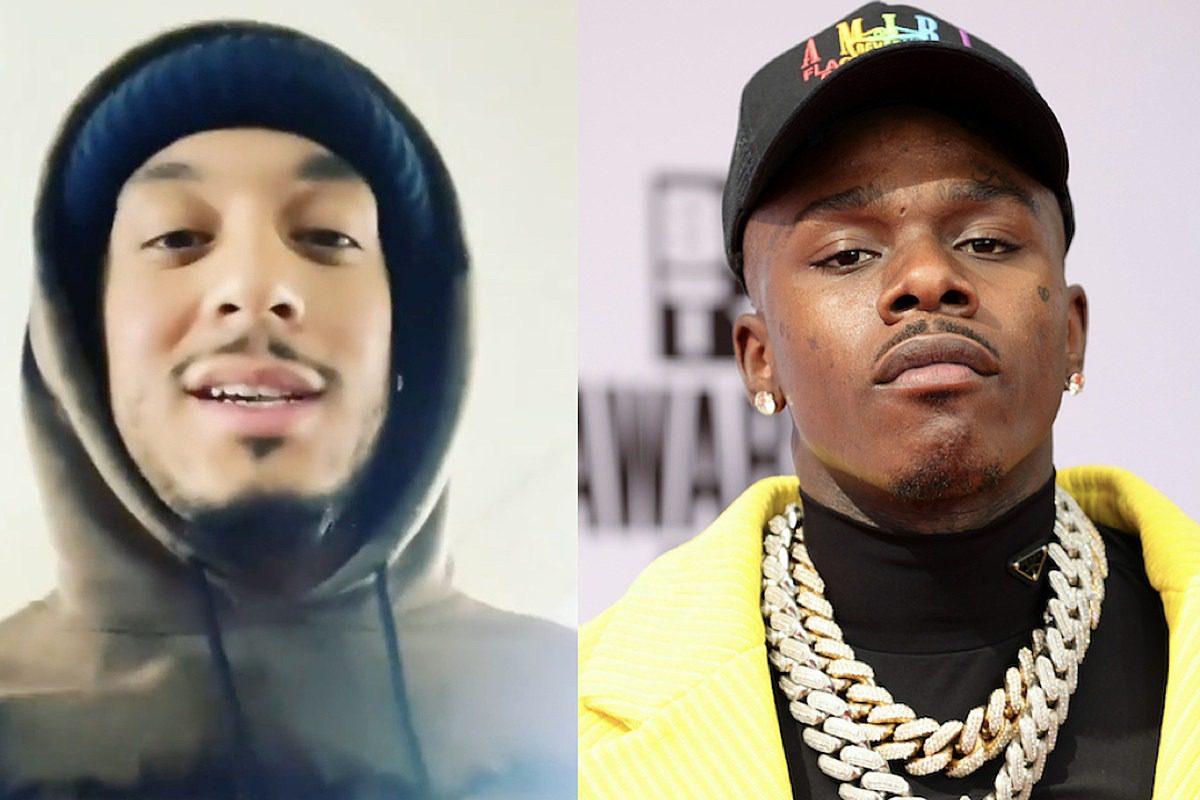 Hours after DaniLeigh was hit with two simple assault charges after DaBaby called the police on her, the singer’s brother, Brandon Bills, challenged the North Carolina rapper to a fight.

On Monday (Nov. 15), Bills jumped on his Instagram Story and posted a video where he dared the 2019 XXL Freshman to fight him whenever Baby comes to the West Coast. Bills, who is also a rapper, said that despite suffering a neck injury from a recent car accident, he still wants to lay hands on DaBaby.

Bills defending his sister came on the heels of DaniLeigh and DaBaby getting into a heated argument yesterday after the rapper asked her to leave his home with their 3-month-old daughter. Portions of their dispute was recorded via Instagram Live.

“I’m in the hospital right now, I got into a car accident. I got a broken fucking neck, I’ll still beat your fucking ass with a neck like this, bro, on God,” he said in a now-deleted clip. “When you come to the West Coast, bro, which I know you be out here, you’re going to catch this one-on-one fade, bro. One-on-one fade to see what happens between me and you. I want to see how gangsta you are, to see how much of a real man you are.”

In the beginning of the clip, DaniLeigh's sibling called DaBaby out for his past volatile actions.

"So this what you wanna do" Dani's brother inquired. "This where you wanna take it? This crazy. This nigga wanna call the cops on my sis. This nigga wanna disrespect my sister online for the world to see, disrespect my family…This don't even got nothing to do with my sister no more, bro. This gotta do with me and you…’cause you're Mr. Touch Guy over here, beating up bitches. Knocking little guys out here and there. You're not gonna do that to me."

In the caption, Bills wrote in all caps: "…SO I WAS WAITING 2 MAKE SURE MY SISTER WAS SAFE AND SHE IS NOW. @dababy COME CACTH THIS FADE BRUH SO I CAN BEAT YA ASS 4 BEING A PIECE OF SHIT NEVER LIKE YOU FUCKIN CLOWN BETER YET WE COULD DO ON LIVE SO THE WORLD COULD SEE YOU GET YOUR AS WHOOPED A.K.A. DA SNICTH #Dababy."

DaBaby caught wind of Bills’ challenge and responded in the comment section with a hugging smiley face emoji.

All of this comes after reports surfaced that DaniLeigh was charged with two counts of simple assault after her domestic dispute with DaBaby unfolded on Instagram Live for the world to see.

According to a police report obtained by XXL on Tuesday (Nov. 16), authorities came to DaBaby's home at 11:59 p.m. on Sunday evening (Nov. 14) in response to a call that the rapper had been assaulted by DaniLeigh. The Billion Dollar Baby Entertainment honcho chose not to prosecute the R&B singer, who allegedly used her hands, feet, teeth and more to assault DaBaby, the report states.

The report also confirms that Dani was charged with Simple Assault from the incident on Sunday night. However, the report correlating with the altercation on Monday morning (Nov. 15), which resulted in DaniLeigh's second Simple Assault charge, was not provided.

DaniLeigh, born Danielle Curiel, has since left DaBaby's home and is safe along with her newborn daughter, according to now-deleted posts shared on her Instagram Story.