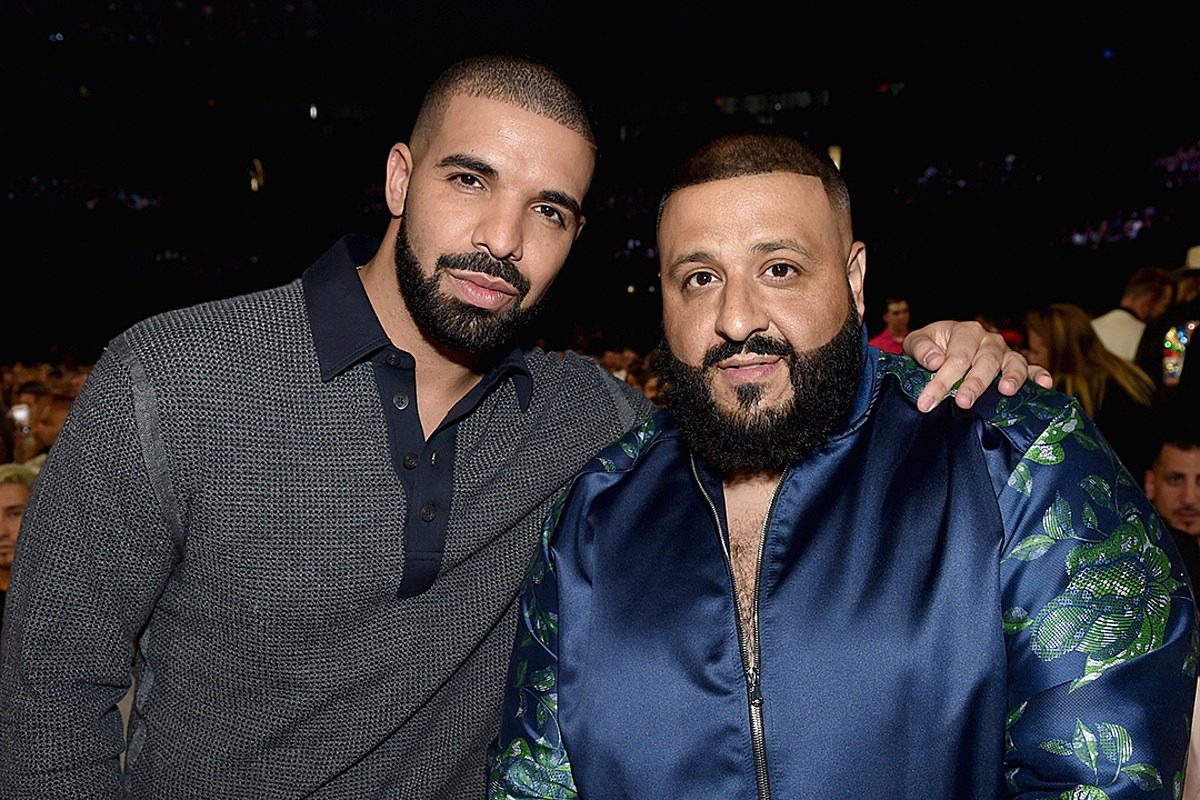 DJ Khaled links with Drake to bring fans not one, but two new songs.

On Friday (July 17), Khaled and Drake released their new collabs, "Greece" and "Popstar." The new singles arrive about two weeks after the 44-year-old producer again teased new music with October's Very Own on Instagram. Drizzy also hinted at one of the tracks via his Instagram Story as well, posting a gold owl with the word "Greece" underneath.

The Oz-produced "Greece" hits hard and finds Drake grandstanding about a lit Greek vacation. "Speedboats, baby, in Nikki Beach/Waves in my ears, smokin' weed (Wait, wait)," he rhymes. "Whippin' through the sand in a Jeep (Wait, wait)/All because of what I did on beats, baby/Life's sweet, baby, iced out, baby/You just go get ready, we go out, baby/Long time lookin' for the bounce, yeah/OZ had the bounce, yeah."

As for "Popstar," OZ and David & Eli are on the boards. It slaps as well, with Drizzy going off over the trap instrumental. "Ayy, shawty with the long text, I don't talk, ayy/Shawty with the long legs, she don't walk, ayy/Last year I kept it on the tucked, ayy
2020, I came to fuck it up, yeah," he rhymes.

Khaled and Drake have been teasing new music for a while. In posts shared to Instagram last month, DJ Khaled teased a collaborative effort with images of owls signifying that new music will contain vocals from the 6 God. Khaled posted an image of an owl winking with a key in its mouth. He also uploaded a still video of him sitting in a chair with a painting on the wall of a blinking owl. At the time, it wasn't known that they'd be delivering two new joints.

The two new tracks are among several the two music moguls have worked on since climbing the charts, including songs like "To the Max," "For Free," "No New Friends" and "I'm on One," which all proved Drizzy and Khaled have an undeniable musical chemistry.

Khaled confirmed in an IG post that "Greece" and "Popstar" will appear on his new album, which will serve as the follow-up to his 2019 release, Father of Asahd. That album, which features the Grammy-winning single "Higher" featuring Nipsey Hussle and John Legend, reached platinum status in May.

Drake is cooking up music of his own. Prior to releasing his surprise Dark Lane Demo Tapes mixtape, he revealed his new album is coming out this summer and gave some details on the project. "So, last album, I went high volume. It did two sides, 20-something songs, which is a lot of songs. This album, I'll probably make it a more realistic offering, something more concise," Drizzy said.

Check out DJ Khaled and Drake's new songs "Greece" and "Popstar" below.