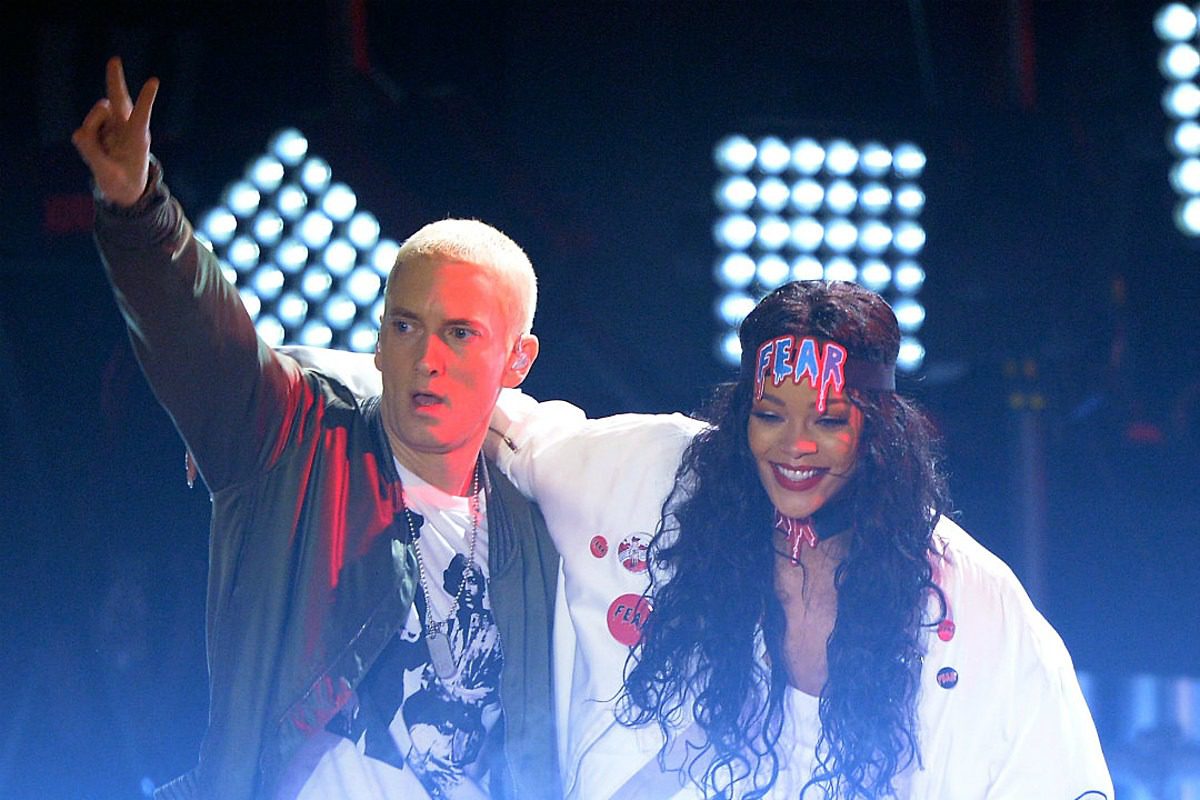 Eminem and Rihanna may have another potential smash-hit on deck.

On Saturday (July 25), Burn It Down Group, the company who reportedly handles marketing for Shady Records, appeared to tease a collab between the two stars on their Instagram Story. The photo simply boasts an "E" in the signature font used for Shady's name intertwined with the same "R" from RiRi's Rated R album cover. The picture is accompanied by two sets of staring eyes.

This, of course, would not be the first time they have collabed. They first linked on 2010's "Love the Way You Lie" off Em's Recovery album, a single which has since been certified diamond. Three years later, they linked for the highly successful single, "Monster," which won a Grammy award for Best Rap/Sung Collaboration. They also have the collab, "Numb." The two went on The Monster Tour together in 2014, one of the highest-grossing tours of the year.

Eminem and Rihanna were surrounded in a bit of controversy in 2019 after a song leaked that has Eminem siding with Chris Brown hitting the pop star during their infamous alternation in 2009. "I’m not playing Rihanna where’d you get the V.D. at?" he raps."Let me add my two cents/Of course I side with Chris Brown/I’d beat a bitch down, too."

Shortly afterward, Em released a statement saying the verse was 10 years old and was scrapped and never supposed to see the light of day. It looks like there is no bad blood between the two artists because of it.