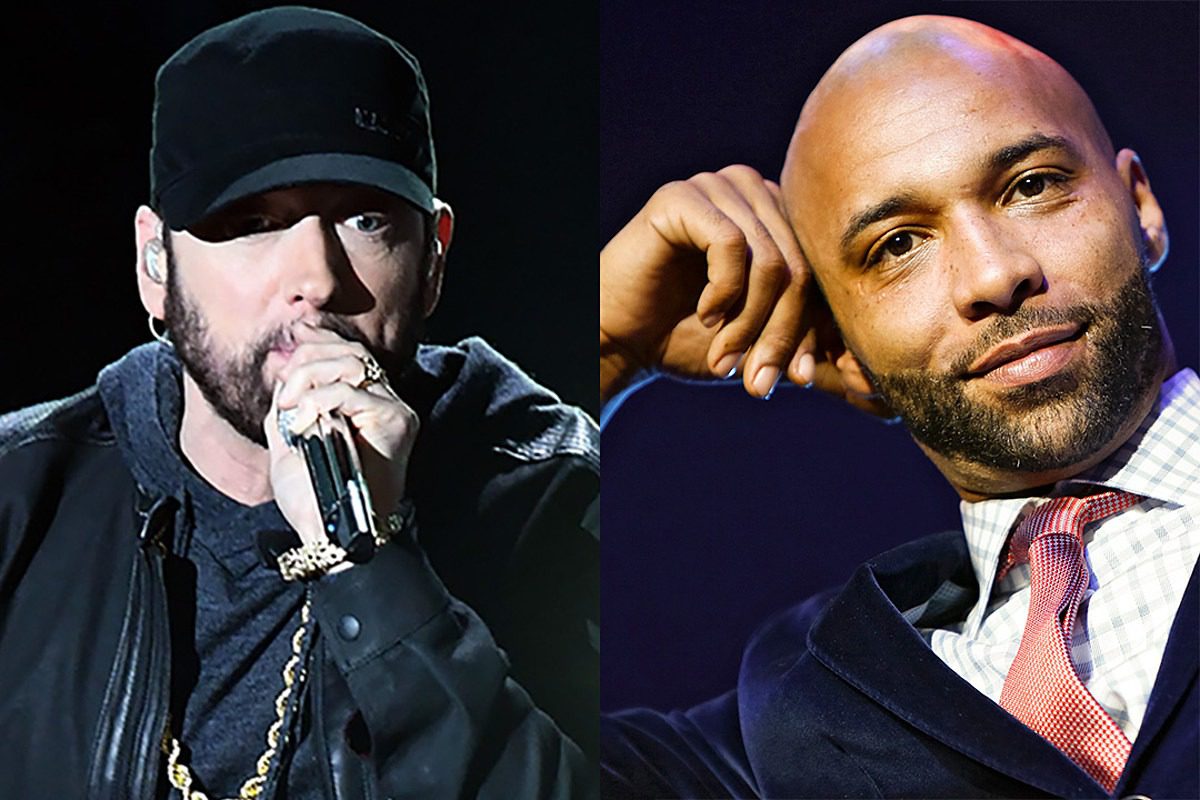 A new Eminem verse has surfaced the internet and he isn't holding any punches.

The official version of Conway The Machine's record, "Bang" featuring Eminem, dropped last July. However, over the weekend, a leaked version containing an entirely different verse from Em began circulating online and sparking conversations on social media. On the track, he took aim at Joe Budden.

"Tell this journalist stick to the stuff he knows, like always running from Migos," Slim Shady spits on the track.

Em is referring to the incident that took place between Budden and the ATL rap trio on the red carpet just before the 2017 BET Awards.

Eminem also took a jab at Diddy's Revolt TV. "Shout to Puffy Combs, but fuck Revolt," he raps. "Y’all are like a fucked up remote/Now I get it why our button’s broke/’Cause you pressing him but do nothing though, especially when it comes to punches thrown."

Revolt responded to the MC via Instagram, writing, "Fuck you too Eminem." Listen to Eminem's verse below.

The Shady Records founder has dissed the former Slaughterhouse member on more than one occasion in the past. Earlier this year, Joe responded to the jabs Eminem made at him on his Music to Be Murdered By album. While discussing "Lock It Up" on The Joe Budden Podcast back in January, the New Jersey native said he doesn't want any bad blood.

The lyrics in question appear to metaphorically call Joe a traitor. "Tryna save at Kroger/So why would I give a fuck about backstabbin’ Trader Joe for," Em raps on the song.

Joe made it clear that he has no intentions of responding to the supposed diss, saying that he "can't harbor negativity toward not only one of the best rappers but somebody who I am not angry at."

The clashing between Eminem and Joe Budden dates back a few years. In 2017, prior to the Michigan spitter dropping his Revival album, Joe slighted the project. Em's rebuttal came in the form of a remix to his song "Chloraseptic" in 2018. Then, Marshall Mathers hit Joe with another diss on Kamikaze's "Fall." Weeks later, Budden said he's been better than Em for 10 years.