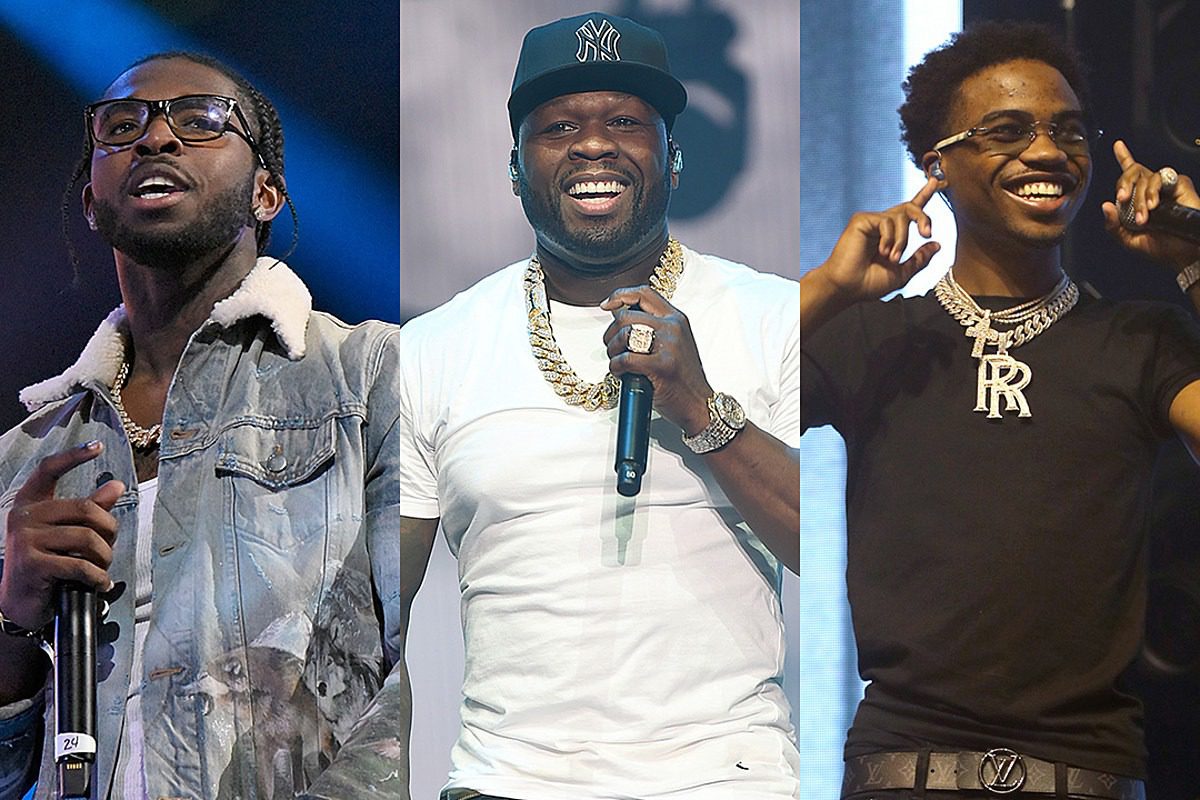 Pop Smoke fans received a new single from the late rapper this month and it looks like another track will be delivered soon.

About two weeks ago, Steven Victor, the head of Victor Victor Worldwide, the label Pop Smoke was signed to prior to his untimely passing, revealed that a new track was arriving on June 12. The Rowdy Rebel-assisted record is called "Make It Rain." When announcing the song, Victor included a video montage of Pop featuring a remake of 50 Cent's 2003 hit "Many Men (Wish Death)."

It's unclear when the 50, Pop and Roddy collab will drop, but it'll likely come ahead of the beloved Brooklyn rapper's posthumous debut album. Fif revealed back in March that he will be completing and executive producing the album. Shortly after, 50 Cent uploaded a photoshopped image of a younger version of himself with Pop Smoke and said he wants Roddy to appear on the album. To this, the Compton rapper replied, "Say less."

The release of the forthcoming project was recently pushed back to July 3 and the news was shared in an announcement from Pop Smoke's team via Instagram.

"Music is the tool of revolution," the IG post said. "We have been watching, along with the rest of the world, as long overdue change starts to take root. We have seen Pop’s music become the soundtrack of the moment, unifying the masses. Given recent events, we have decided to delay the release of his album out of respect for the movement. 'Make It Rain' will be released this Friday, June 12th. The album will be released on July 3rd."

Pop Smoke was tragically shot and killed back in February in Los Angeles. He was just 20 years old.