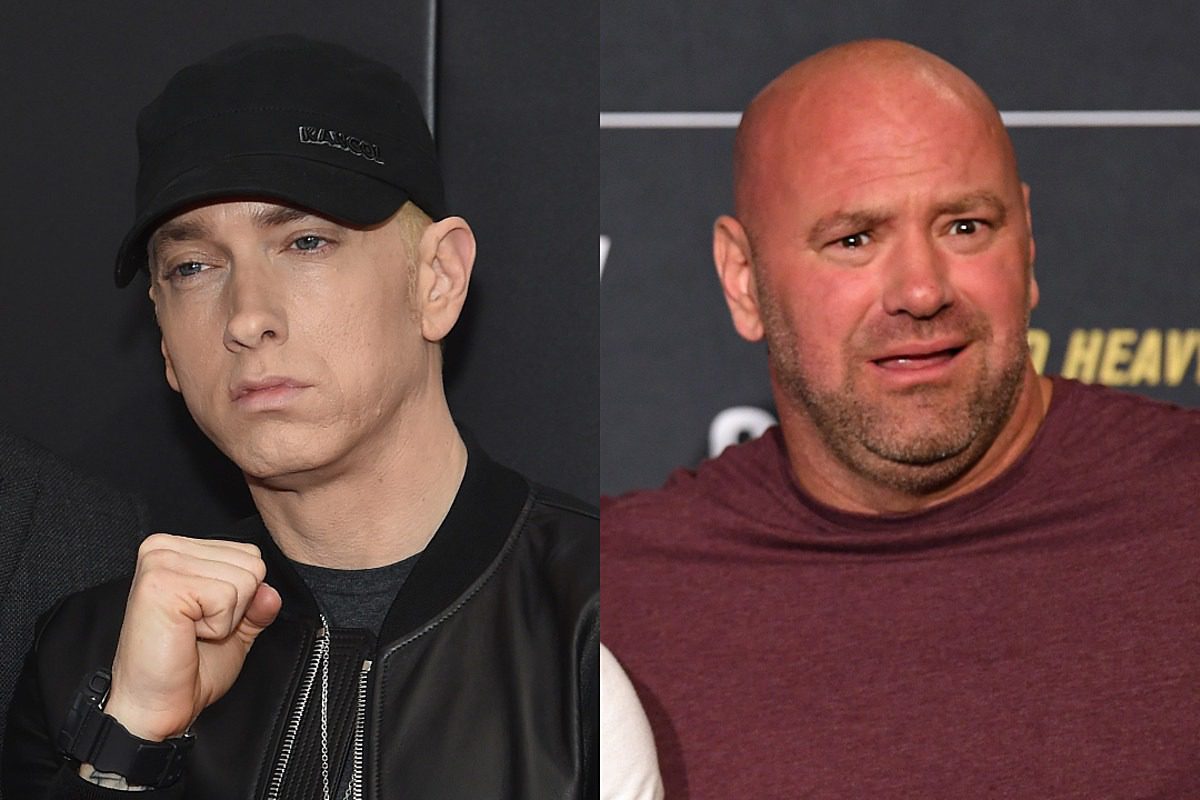 It turns out, the viral clip that surfaced of Em appearing to call out Dana White was part of the Detroit rapper's new video for "Higher." Slim debuted the video for the song that is being used to promote UFC 257 on Saturday (Jan. 23). In the visual, Eminem prepares for a faux fight. White makes a cameo on a mock edition of SportsCenter and shoots down Em's chances of winning, which leads to the viral clip that circulated the internet a couple days prior.

Slim and White were on ESPN on Thursday (Jan. 21) to talk about the upcoming UFC 257 event, which features the return of Conor McGregor to the octagon for a re-match against Dustin Poirier. Eminem's song, "Higher" is being used in promotions of the big event.

During their SportsCenter talk, Em seemingly took a jab at White, who has been at the helm of the UFC for nearly two decades. "The best part about your opinion is that it doesn't matter," Em told White during a clip of their back-and-forth. "If every fighter you have listened to your opinion when you doubted them, we wouldn't have a fucking league," he added while White looked on awkwardly.

The clip went viral after being shared by UFC heavyweight Brandan Schaub on Twitter, who simply captioned the snippet, "WTF."

Dana White was questioned about the incident by MMA Junkie reporter Farah Hannoun on Friday (Jan. 22). "Why do you ask?" he replied. Ever the businessman, he added a tease to the situation. "Yea, there's something going on. You'll have to wait and see," White added.

Curiously, the full interview has yet to surface, leaving people to speculate about what happened on social media.

"That small Eminem clip is probably promo for his Higher music video, knowing it's also featured on McGregor Vs Poirier fight as promo," one Twitter user surmised. "Of course people talking shit about Em based on a 10-sec clip that 'taking shots' at Dana White."

"Lol thank you @Eminem for saying and backing what a lot of fighters are afraid to say about @danawhite and @ufc," someone else commented.

See reactions from Eminem appearing to take a swipe at Dana White below.