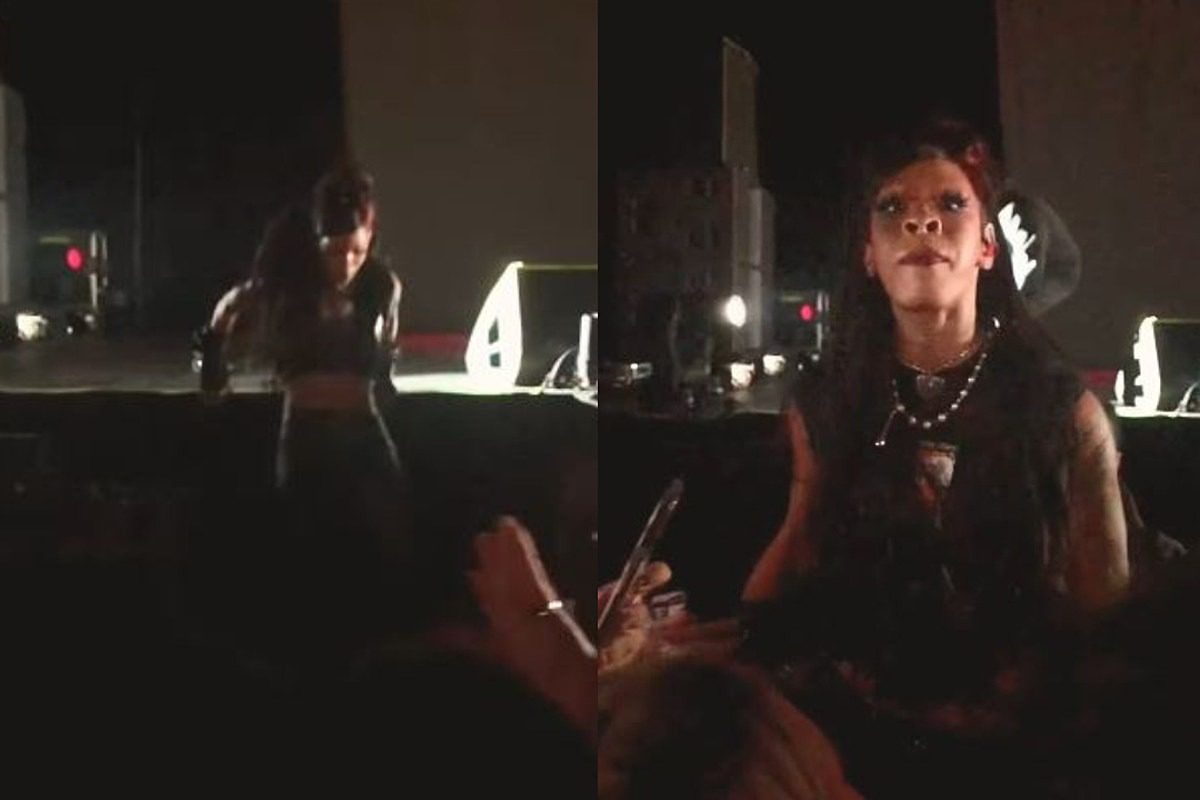 Rico Nasty's stint on Playboi Carti's tour doesn't seem to be going as swimmingly as she probably hoped. On a recent tour stop, she jumped into the crowd after a show attendee apparently threw a bottle at her.

Carti's King Vamp Tour (formerly known as the Narcissist Tour) along with Rico and Ken Car$on is rolling along after beginning a month ago. Last night, the tour stopped in Portland, Ore. and played the Theatre of the Clouds. However, during Rico's set, someone in the crowd reportedly threw a bottle at the Maryland MC. Video of the tense moment shot from the crowd shows Rico going off.

No one in security appears to be responding quickly enough, so Rico decides to take matters into her own hands. She jumps into the crowd and rushes a group of people. Members of her team jump in after her and calm her down. She appears to exit the stage.

This is at least the second time Rico has run into issues on the tour. Last week, during a show in Los Angeles, she was booed while fans chanted for Carti to come out. She later had a heated exchange with Carti fans on Twitter. Things haven't been all bad for Rico, though. She rocked the crowd last week during the show's stop in San Fransisco.

Carti's tour has had some wild moments including a brawl and a man who attended a show wearing an ankle monitor only for the show to be canceled. The tour continues through Dec. 23, with stops in Detroit, Toronto, Philadelphia, New York, Atlanta and more.