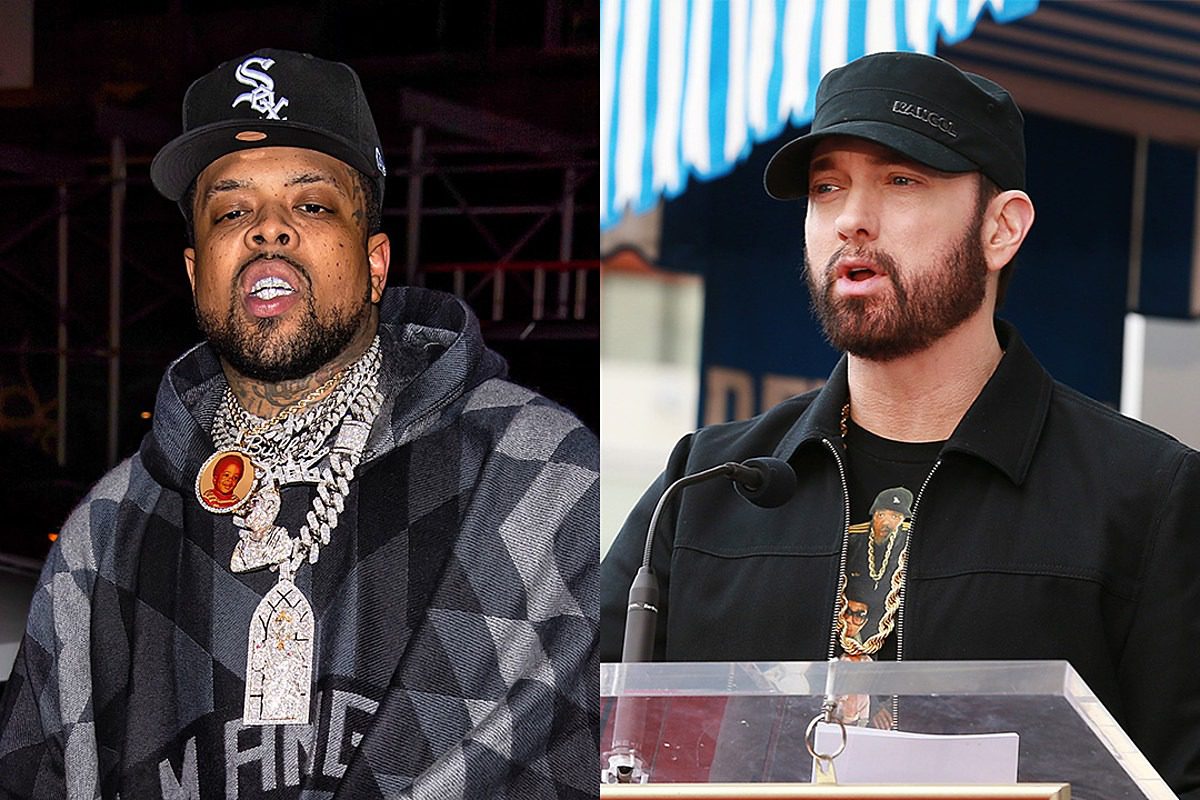 Buffalo rap crew and record label Griselda Records, which includes Westside Gunn, Conway The Machine and Benny The Butcher, and Gunn himself are throwing shade at Eminem's Shady Records, their parent label.

On Sunday evening (June 28), just ahead of the 2020 BET Awards, Westside Gunn tweeted, "I wonder do @ShadyRecords know we’re nominated for a BET AWARD tonight." The Griselda Records' official Twitter account responded to the tweet using a GIF of Jay-Z from when he performed "Picasso Baby" back in 2013, at Pace Gallery in New York City.

In the GIF, Hov is shaking his index finger and mouthing the word "Nah." Griselda was nominated at the BET Awards for Best Group against Chloe x Halle, City Girls, Earthgang, Jackboys and Migos.

Back in 2017, Shady Records announced that they signed the Griselda crew, which is also the name of their label, to an exclusive deal for solo and joint projects from Gunn and Conway. "We’re bringing a new sound to the game, but it’s also reminiscent of the grimy ’90s,” Griselda's founder said at the time, according to Shady Records. “Art is in everything we do…it’s the essence. We’re fusing boom-bap/dark sounds with the hipster cool kid lifestyle. A new lane is being carved."

While Em hasn't addressed the slight jab, this isn't the first time he's been called out recently. Last week, an unreleased Eminem verse on Conway The Machine's "Bang" leaked, which includes disses towards Joe Budden and Revolt TV. Joe didn't respond to the record, but Revolt did.

"Shout to Puffy Combs, but fuck Revolt," he raps. "Y’all are like a fucked up remote/Now I get it why our button’s broke/’Cause you pressing him but do nothing though, especially when it comes to punches thrown."

Revolt replied via social media, tweeting, "Fuck you too Eminem."

The Detroit spitter addressed the verse days later, saying it was an unnecessary distraction and that he never intended for the record to be released. Eminem also said the track made its way online following a WeTransfer hack.