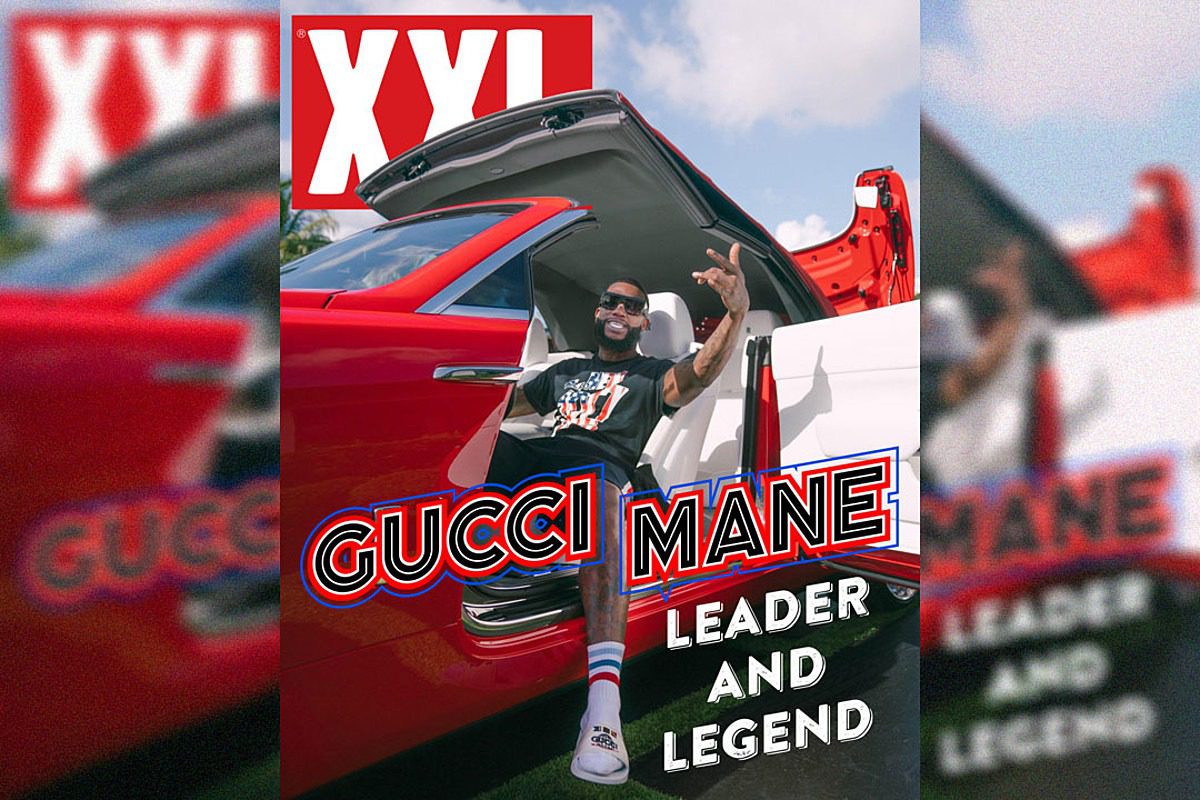 Leader and legend. After releasing over 100 projects, fathering a whole generation of rappers and living a life fit to be turned into an expansive dramatic film, Gucci Mane still has a lot to say. The Atlanta rapper graces the cover of a special digital edition of XXL magazine, released today (July 3).

Veteran hip-hop journalist Shaheem Reid sits down with Guwop for the exclusive XXL interview, conducted via Zoom to continue the practice of social distancing as a result of the coronavirus pandemic. The show must go on, and Gucci Mane is ever the showman. "I made 105 albums in 25 years," he tells XXL. "I'm the G.O.A.T."

The 40-year-old rapper, who has been one of the most prolific artists of the 2000s, has slowed things down slightly to an output closer to a mere mortal recently (he released four projects in the last year). Less output is giving Guwop more opportunities to focus on other hustles. His second book, The Gucci Mane Guide to Greatness, written with Soren Baker, is slated to drop via Simon and Schuster on Oct. 13. The follow-up to 2017's The Autobiography of Gucci Mane, his latest literary venture will give fans a look at the rapper's secrets to success, health, wealth and self-improvement.

Guwop has also refocused his drive as a CEO, with a recently announced rebranding of his 1017 Records label as The New 1017, via a new partnership with Atlantic Records. On a mission to find Atlanta's next great artist, Gucci has filled the roster with a team of all new talent including Pooh Shiesty, Big Scarr, Foogiano, K Shiday and Enchanting—the latter two Gucci calls his So Icy Girlz. Gucci displays all of their talents on the new label compilation Gucci Mane Presents: So Icy Summer, which was released today. Big Wop also goes in-depth about artists he's helped blow up over the years.

"I'm in a better place than I ever been in my life, even though the world deteriorating around me," Gucci says. "I wanna share [with new artists]. I feel like I got a lot of knowledge. That what you can be charitable with. I always been charitable with my time and knowledge. I always embraced the hardcore rapper that don't nobody want to fuck with, that everyone blackballed or whatever. Those be the people I open my doors to."

Along with the three new male rappers, Pooh Shiesty, Big Scarr and Foogiano, Guwop has the two new female rappers on his label, K Shiday and Enchanting. He's excited to empower the women and "boss them up."

"We need more female rappers in the game," he affirms. "I had female artist one time, right. My whole thing is I'm not gonna just replace no artist. I'm gonna give female artists a chance, you get what I'm saying? I'm embracing the female artist, like, she hard? I'm fuckin' with it. It ain't gonna be like, I'm starting my label and this gonna be my token female artist. No.

"I want some So Icy Boyz. ’Cause whoever I sign naturally we gonna call ourselves the So Icy Boyz. That's natural. So my whole thing was I'ma sign two dope females and just off the drip I'm naturally gonna call them the So Icy Girlz, but they're solo artists, they're not a group. It's like me, Foogiano, Pooh and Scarr. We all solo artists but we're the So Icy Boyz. So, I wanted to start that type of movement with females, you know what I'm saying? Empower them and boss them up."

Age and experience has led to a more refined Gucci, which is evident as he opens up about hot button issues like the COVID-19 pandemic, voting and police brutality—even recounting his own experiences on the wrong end of the law. He recalls getting beat up by the police in the DeKalb County Jail and having to go to the hospital years ago. "I'm telling you, that experience, after that, I said, 'I need to rap,'" he admits.

Quarantine and the coronavirus had him reevaluating things, too. "The COVID thing had me going from being productive and making the time valuable," Guwop reveals. "Then, I went into a negative headspace, too, because it was a lot of time and a lot of not knowing what was next."

During the conversation, Gucci also bigs up producer Zaytoven, his longtime collaborator. "And nobody harder than me and Zay," he boasts. "I dont give a fuck who it is."

One thing that hasn't changed about Big Wop is his penchant for shining, as he exclusively shows off some new ice during the interview. During a recent trip to Los Angeles, Gucci added glittering diamonds all over his teeth, top and bottom. The price? $250,000. Though he's teetered on returning to the "old Gucci" in recent months, not even coronavirus can stop the guy who coined the slang “bird flu." The mane, the myth, the legend.