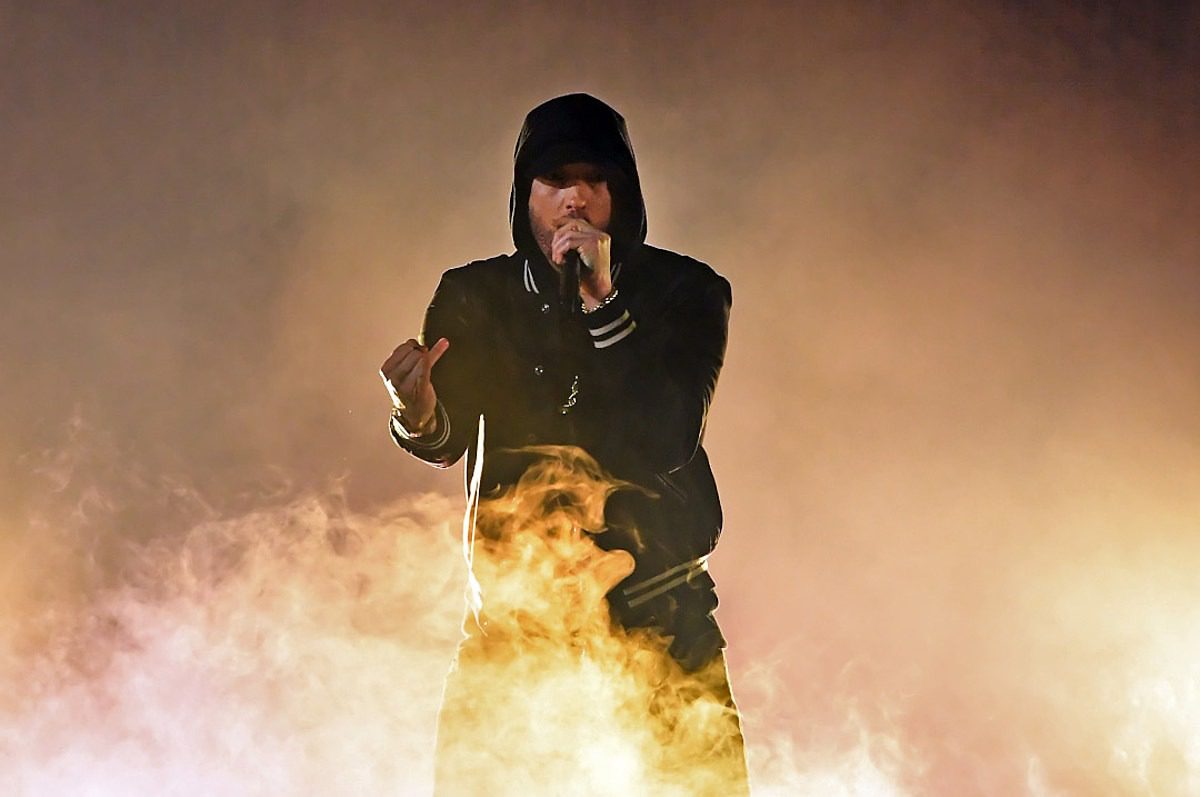 Whenever Eminem steps to the mic, you know he’s going to show out. That’s something he’s done numerous times on features for other rappers, with the most recent example being his standout appearance on Kid Cudi's "The Adventures of Moon Man & Slim Shady."

Dating back to the late 1990s, Em’s electrified with guest verses coded in zany scenarios and dense rhyme schemes. One of his most memorable guest spots can be found on Dr. Dre’s 1999 Chronic 2001 single, “Forgot About Dre.” On the track, Em takes on the role of a cartoonish arsonist who’s studied N.W.A when it comes to conflict management.

“So what do you say to somebody you hate/Or anyone tryna bring trouble your way?/Wanna resolve things in a bloodier way?/Just study a tape of N.W.A,” he raps, flaunting an impossibly tight rhyme scheme.

Near the apex of his career in 2001, Em delivered his most notable guest verse when he gave Jay-Z “Renegade,” a song Em had originally produced for himself and Royce 5’9.” The song, which lives on Hov’s The Blueprint album, sees Em blend a vandal’s sense of mischief with societal critiques.

“Maybe it's hatred I spew, maybe it's food for the spirit/Maybe it's beautiful music I made for you to just cherish/But I'm debated, disputed, hated and viewed in America/As a muthafuckin’ drug addict, like you didn't experiment?/Nah, nah, that's when you start to stare at who's in the mirror/And see yourself as a kid again, and you get embarrassed/And I got nothin' to do but make you look stupid as parents/You fuckin' do-gooders, too bad you couldn't do good at marriage,” Em raps on the song, which led people like Nas to say that Jay got murked on his own song.

The verses described above are just two in Em's collection of noteworthy guest appearances over the last two decades. Today, XXL takes a look at the 23 best Eminem guest verses. Check out the list to see which ones made the cut below.

Lyric: "Take it back to Fat Pete's with a maxi single/Look at my rap sheets, what attracts these people/Is my gangster, bitch, like Apache with a catchy jingle"