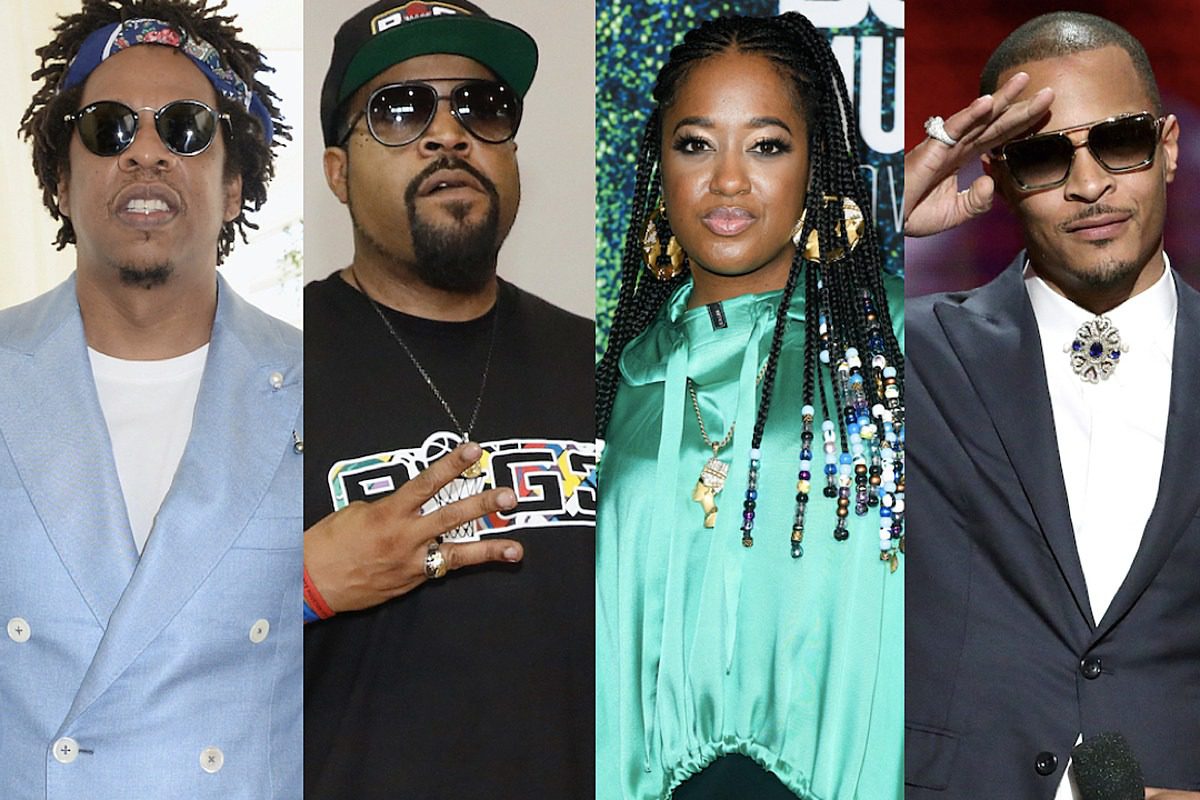 We are living in a historic time in America. From seeing the world in turmoil after the health crises of the coronavirus pandemic to nationwide uprisings due to police killing Black men and women, these moments have inspired hip-hop to sound off within their music.

Some of your favorite rappers have stepped up and delivered some powerful protest songs about America. For example, D Smoke and SiR's urgent track "Let Go" was written and recorded in May following the death of George Floyd, an unarmed Black man killed while in police custody in Minneapolis.

Other tracks like Joey Bada$$'s "Y U Don't Love Me? (Miss AmeriKKKa)" features the Brooklyn rapper questioning America's perceived disdain for Black life while T.I.'s "Letter to the System" highlight the problems with the criminal justice system.

But artists have also celebrated the good in America. North Carolina rapper Petey Pablo turned his hometown anthem "Raise Up" into a patriotic shout-out to all the U.S. cities, while Nas dreams of a perfect world of no crime and less hatred on "If I Ruled the World (Imagine That)."

In the end, rap artists have always been at the forefront when it comes to addressing the good and the bad sides of America.

So without further ado, XXL highlights Hip-Hop Songs Dedicated to the Many Sides of America—the good, the bad and the ugly sides of the nation. These songs are mix of artists delivering truth to power through their thought-provoking lyrics and providing a sense of escape as well.