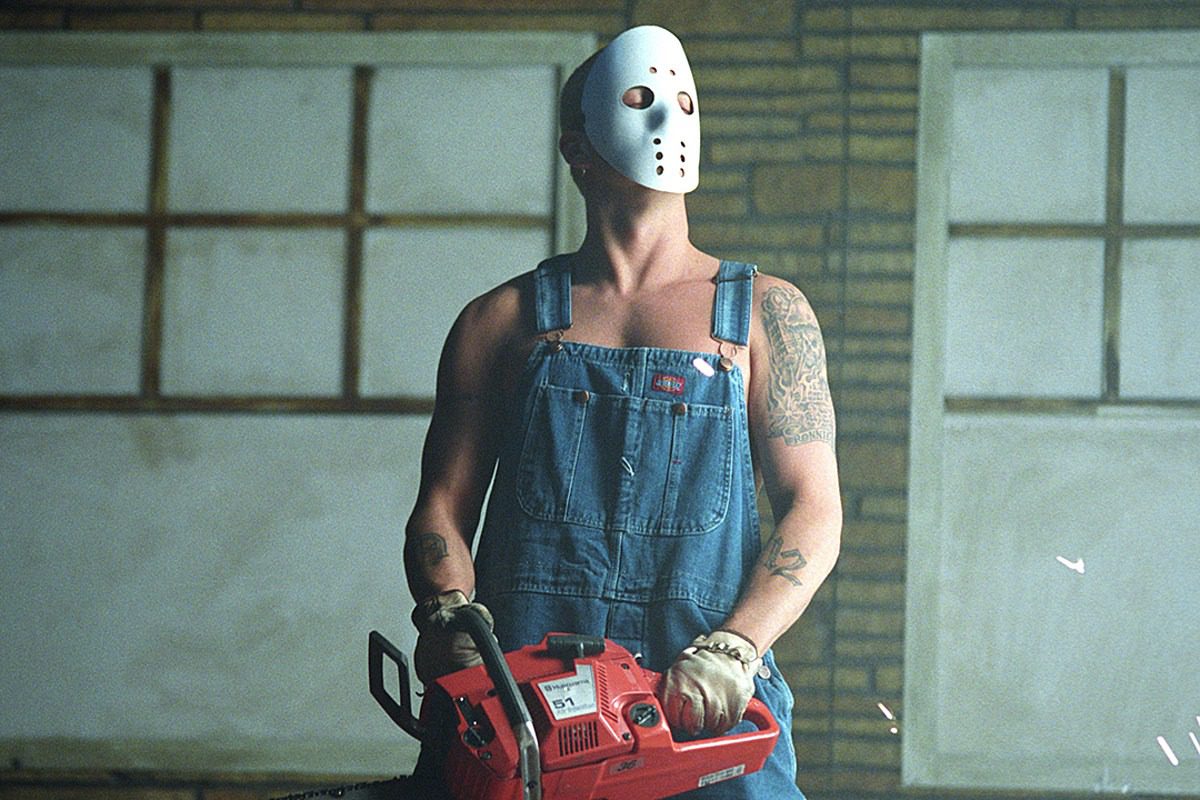 Whether it’s unnerving personal detail, pitch black humor or one-liners that are equal parts zany and psychotic, Eminem’s got a knack for making his fans say, “WTF?”

On “My Name Is,” the second single he released in support of his 1999 debut album, The Slim Shady LP, Em establishes his knack for irreverent and casually morbid humor. “Wel,l since age 12 I felt like I’m someone else/Because I hung my original self from the top bunk with a belt/Got pissed off, ripped Pamela Lee’s tits off, and smacked her so hard I knocked her clothes backwards like Kriss Kross.’”

From that point, Em‘s lyrics only became more shocking. On “Kim,” a track from his 2000 album, The Marshall Mathers LP, Eminem paints a dark, murder fantasy story.

"You and your husband have a fight/One of you tries to grab a knife/And during the struggle he accidentally gets his Adam's apple sliced (No!)/And while this is going on, his son just woke up/And he walks in, she panics, and he gets his throat cut/(Oh my God!) So now they both dead/And you slash your own throat/So now it's double homicide and suicide with no note,” Em spits on the song. The track is about his now-ex-wife, Kim Mathers.

More recently, Em has resumed raising eyebrows on “The Adventures of Moon Man & Slim Shady,” a new song Kid Cudi released earlier today (July 10). On the track, Em dives into his call-out bag by dissing Drew Brees, who received a lot of criticism last month after saying he would never agree with someone who kneeled during the playing of the national anthem, a la Colin Kaepernick.

Many of Em’s most memorable lyrics are pretty wild, and today, XXL takes a look back at them. Here Are Insane Lyrics That Prove Eminem Doesn't Give a Damn.

Lyric: "Take it back to Fat Pete's with a maxi single/Look at my rap sheets, what attracts these people/Is my gangster, bitch, like Apache with a catchy jingle"