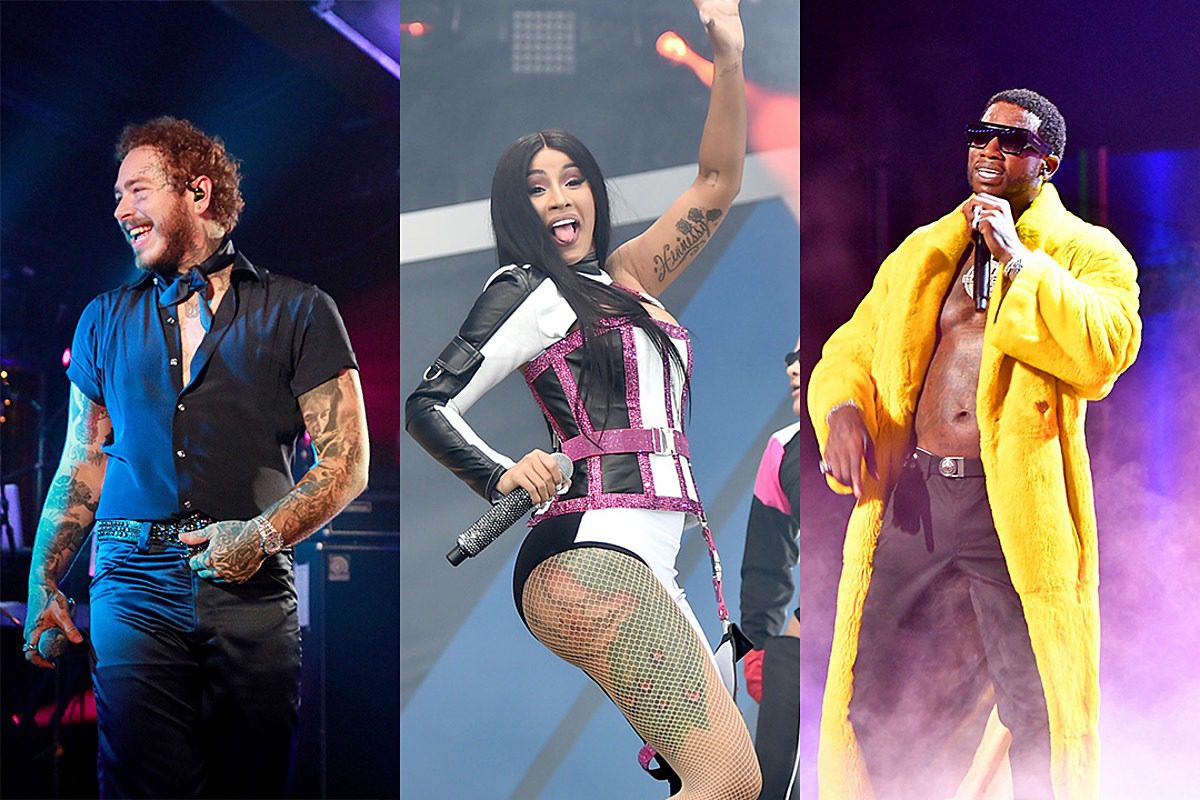 Rappers have more in common than the bars they spit and the producers they work with. This commonality would be the artwork that decorates their bodies. A great deal of the hip-hop community has tattoos on their arms, legs, atop their heads and more. Post Malone, Cardi B and Gucci Mane are just a few who are marked up with colorful ink.

Post has been on the scene rocking his wild hair and sleeve tattoos on both arms for some time. He has artwork on his face, too. However, he took things a step further late last month and debuted a new look: a bald head with a new head tat. On June 21, the Dallas-raised artist revealed his fully shaven head, which now features a new large skeleton tattoo.

"I have cut my hair even shorter, also skeletons are cool," he wrote in the IG caption. "Spread your heart as much as you can. A little love goes farther than you think. Stay strong, and keep kicking ass. Love, Austin."

Cardi B has debuted some pretty dope artwork as well. While some rappers were taking advantage of Instagram live during the coronavirus quarantine, the Grammy award-winning rapper had a large tattoo consisting of flowers and a peacock redone. The tat, which was originally placed on her thigh and the lower portion of her waist, now extends all the way up her back and onto her shoulder. The vibrant artwork includes blue, yellow, pink and purple flowers, as well as a pink butterfly. The work was done by Los Angeles-based tattoo artist Jamie Schene and the entire process took seven days.

Gucci Mane has rapped about being tatted like a biker boy in his song "Photoshoot" and that's because it's true. The Atlanta native has been inked up for years on his arms, chest, torso and hands. He famously got a tattoo of an ice cream cone with three scoops and the word "burr" on the side of his face back in 2011. A rep for Gucci explained to Rolling Stone at the time that the artwork was symbolic of how the 1017 Records founder chooses to live his everyday life.

The rep said the ice cream tattoo is a "reminder to fans of how he chooses to live his life. Cool as ice. As in ‘I’m so icy, I’ll make ya say Brr."

Post Malone, Cardi B and Gucci Mane aren't the only rappers that are tatted up. Take a look below to see more hip-hop artists that have tons of ink on their bodies.