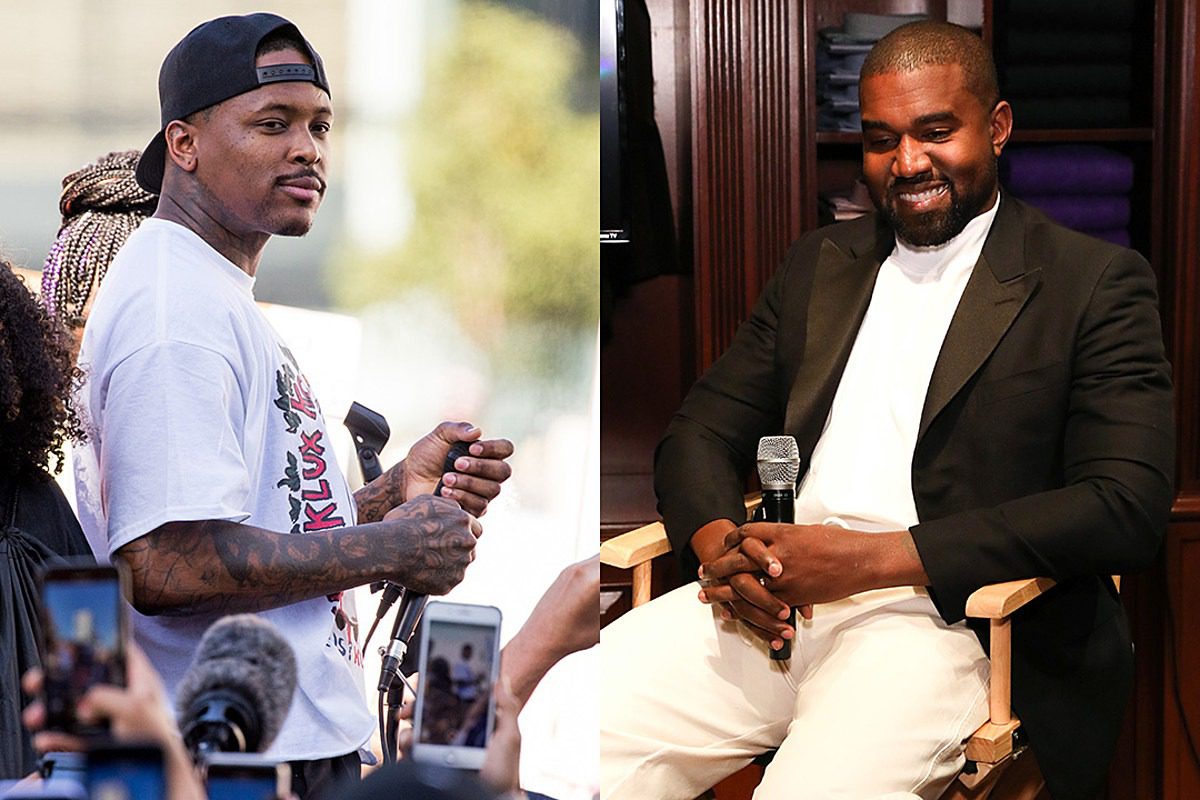 YG has shared who might get his vote during the upcoming November election.

During an interview with Bootleg Kev and DJ Hed of Real 92.3 on Wednesday (July 8), YG said that he'll be voting for Kanye West. "I'm voting for Kanye," the 4Hunnid Records head honcho said, adding that pressure needs to be put on ’Ye if he plans to run for president.

Later on, it was said that Kanye isn't eligible to be on ballots in numerous states, including New York. To this, YG replied, "It's all cap," while laughing.

Last weekend, Yeezy announced his 2020 presidential run via Twitter. "We must now realize the promise of America by trusting God, unifying our vision and building our future," he tweeted. "I am running for president of the United States 🇺🇸! #2020VISION."

Days after revealing that he'll be joining former Vice President Joe Biden as a presidential hopeful, he spoke in more detail about his campaign plans with Forbes.

The Chicago native shared that he will be running under the Birthday Party instead of the Democratic and Republican Party. He explained the rationale behind his decision, saying, "Because when we win, it’s everybody’s birthday."

Meanwhile, Kanye has 30 days to make a final decision about actually running for president of the United States. At that time, he will miss the filing deadline in several states. However, he says he'll cite coronavirus concerns to put him on ballots he won't be eligible for if he misses the deadline.

He also says his campaign slogan is "Kanye Yes." "The other thing is, my campaign is Kanye West YES, not YEP, not YEAH. YES. YES. YES… When I’m president, let’s also have some fun," he says. "Let’s get past all the racism conversation, let’s empower people with 40 acres and a mule, let’s give some land, that’s the plan."

So far, Kanye has received support from his wife, Kim Kardashian, Elon Musk and YG, if the Compton native is serious about voting for ’Ye.

Check out YG share his thoughts on Kanye West running for president at the 18:45-mark below.